The U.S.-based website 38 North, however, said, "There are no obvious indicators of a forthcoming launch or engine test" at the Sohae Satellite Launching Station in Tongchang-ri, northwestern North Korea. 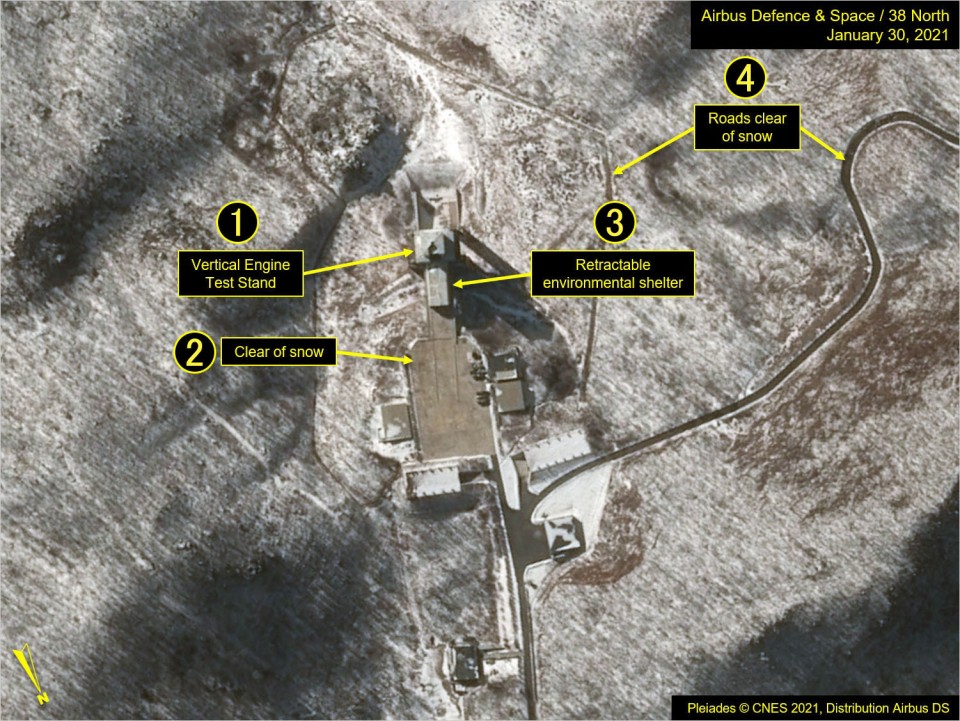 As North Korean leader Kim Jong Un pledged at the congress of the ruling Workers' Party in January to develop an ICBM "with the use of underwater or ground solid-fuel engine," the United States, Japan and South Korea have been watching the country's movement.

"While the rapid pace of snow removal around the complex is notable, efforts to clear the actual launch pad have been slower, with snow removal still in progress and the access roads to the fuel and oxidizer bunkers untouched," the organization said.

North Korea had destroyed a part of its main engine testing site after Kim's first summit with then U.S. President Donald Trump in 2018, but it later began rebuilding a portion of the facility. It is believed to have conducted an ICBM engine test in December 2019.

Pyongyang has launched what appear to be long-range ballistic missiles three times over five years through 2016.