A Tokyo-based nongovernmental organization launched a smartphone app on Thursday to issue digital partnership certificates for same-sex couples that will be accepted by a network of cooperating firms.

The certificates, created by Famiee Project, aim to help LGBT couples receive important spousal and familial benefits, such as life insurance and landowners' permission to live together, that would otherwise not be easily available to them in a country where same-sex marriage is not legally recognized. 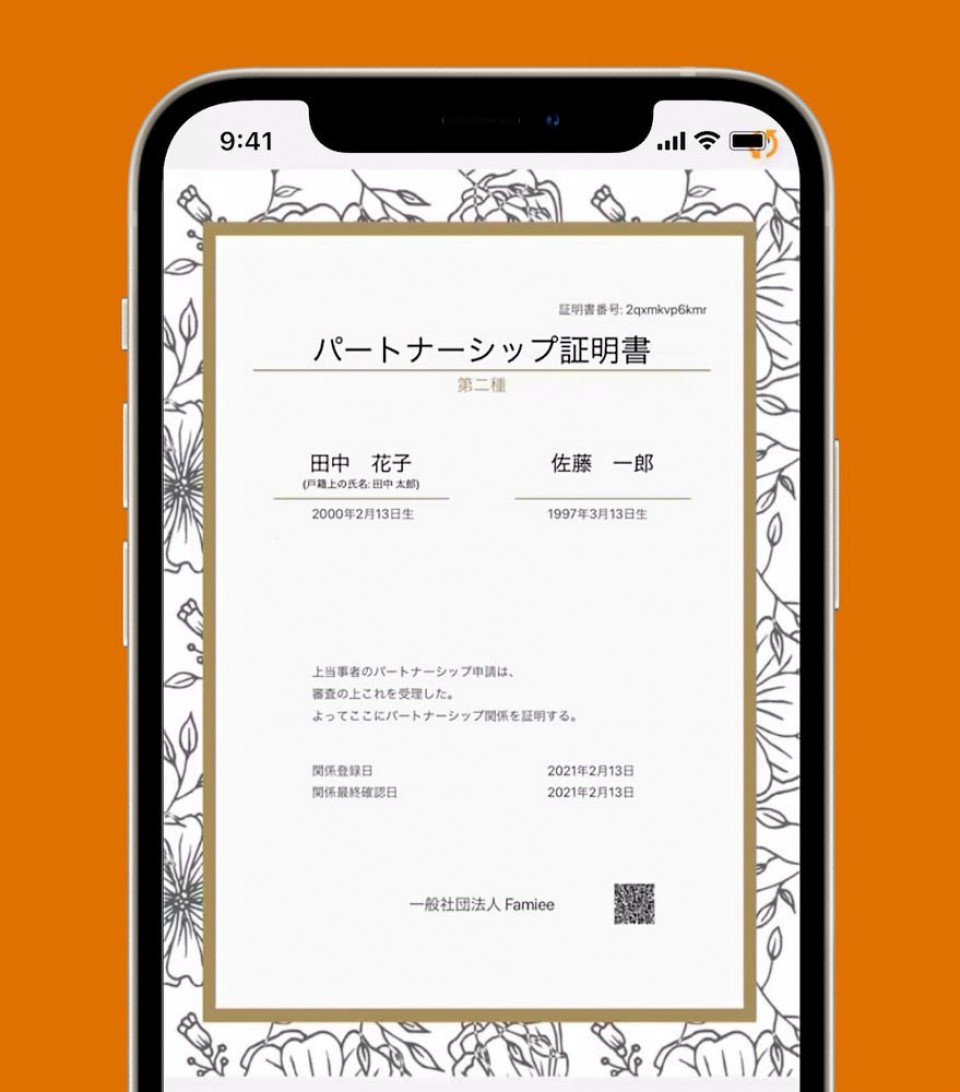 So far, around 40 companies and groups including Japan Airlines Co. and Mizuho Financial Group, Inc. have pledged to accept the certificate as proof of marital status.

Couples can apply for the Famiee certificates via its app, which verifies the couple's identity in much the same way a bank does when opening a bank account online.

Couples must also show copies of their family registry or other documents to prove they are both single, and sign a declaration of their shared living status. Foreigners are also eligible to use the service.

Personal information is kept secure using blockchain, the record-keeping technology behind cryptocurrency transactions. The app is currently only available on an iPhone but is free to use.

Some local authorities in Japan issue partnership certificates in an attempt to smooth the road for sexual minorities seeking access to public housing or in making medical decisions for their partners.

However, municipal partnership certificates are also not legally binding and only apply to residents within their respective municipalities, leaving many lesbian and gay couples unable to prove their relationship.

Famiee is calling for a wide range of companies to join its network of partners.

"We want to start changing what we can so that families of same-sex couples can be recognized as normal," a Famiee official said.