Nearly 40 percent of sexual minority people in Japan have been sexually harassed or assaulted, a private survey involving more than 10,000 respondents showed Saturday.

The survey of lesbian, gay, bisexual and transgender people was conducted by Yasuharu Hidaka, a professor of social epidemiology at Takarazuka University.

Hidaka said many more cases likely remain unknown as LGBT people have sometimes been refused help by police or counseling centers and due to lack of proper support in the country where understanding about LGBT people has not sufficiently deepened.

The online survey, entrusted to Hidaka by Lifenet Insurance Co., was conducted between September and December last year, collecting answers from 10,769 LGBT people. 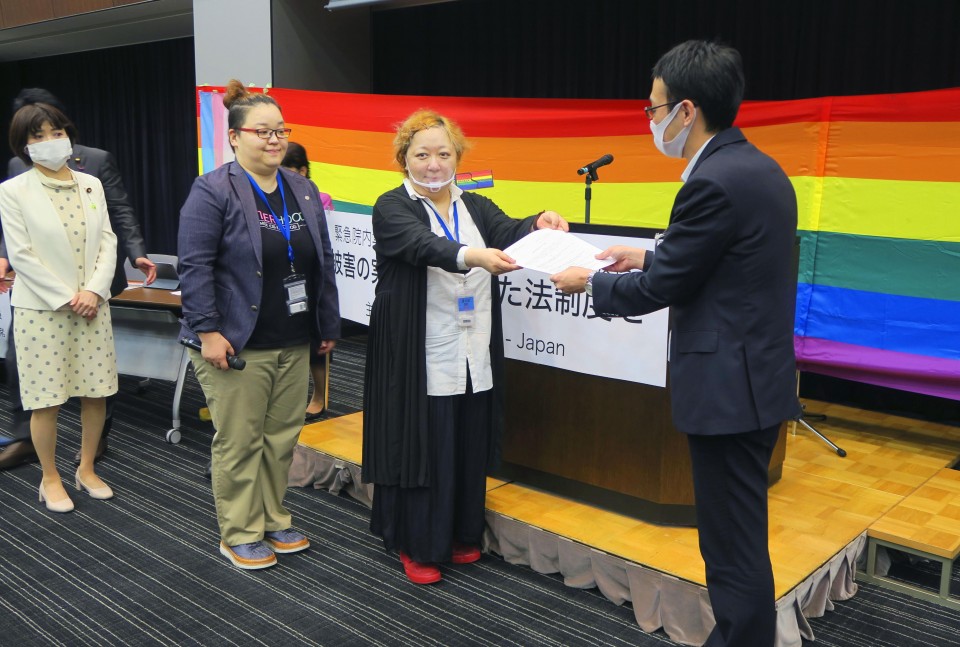 Among 10 items deemed as sexual harassment or assault, 4,106, or 38.1 percent, replied they have suffered either or some of them.

Among them, 22.4 percent said they have been touched on their body including on the sexual organs, breasts or hips, the most among the answers, followed by "harassed by sexual words or deeds" at 17.3 percent and "forcibly kissed" at 11.5 percent, the survey showed.

Some of the respondents also answered they have been violated internally.

But 35.5 percent of the total, including those who have not experienced sexual harassment, have consulted with psychiatrists, the survey showed.

Hidaka said some of the LGBT people have been hurt mentally because of responses by police or counseling staff, who often have little knowledge pertaining to sexual minorities.

"It is necessary (for the government) to improve its support system that is designed to help sexual minorities and male victims, not only women," Hidaka said, as it seeks to promote countermeasures against sexual violence targeting female victims.

Tomoya Asanuma, a 31-year-old nurse, is among the people hurt by the way the police dealt with him.

About two years ago, Asanuma, who was born as a woman but now identifies as a man, was sexually assaulted by a man he had just become acquainted with.

After being refused help by a sexual violence counseling center, he contacted police but they refused to accept his report.

Asanuma says they did not expect a person such as himself -- who has undergone sex reassignment surgery and changed their registered gender but not all of their sexual organs have been altered yet -- to come forward.

"I was a victim of sexual assault but was hurt further because police didn't understand my own circumstance as a sexual minority person," Asanuma said.