Shu Matsuo Post is a man who calls himself a feminist. But he wasn't born a feminist, and for the first 28 years of his life he never tried to understand what it was like to be a girl and a woman in a patriarchal society.

Then he met his now-wife Tina, who taught him that he has been socially conditioned to see things a certain way. She helped him realize he doesn't need to be macho to be a man or follow the dating script that says he pays. He had his feminist awakening. 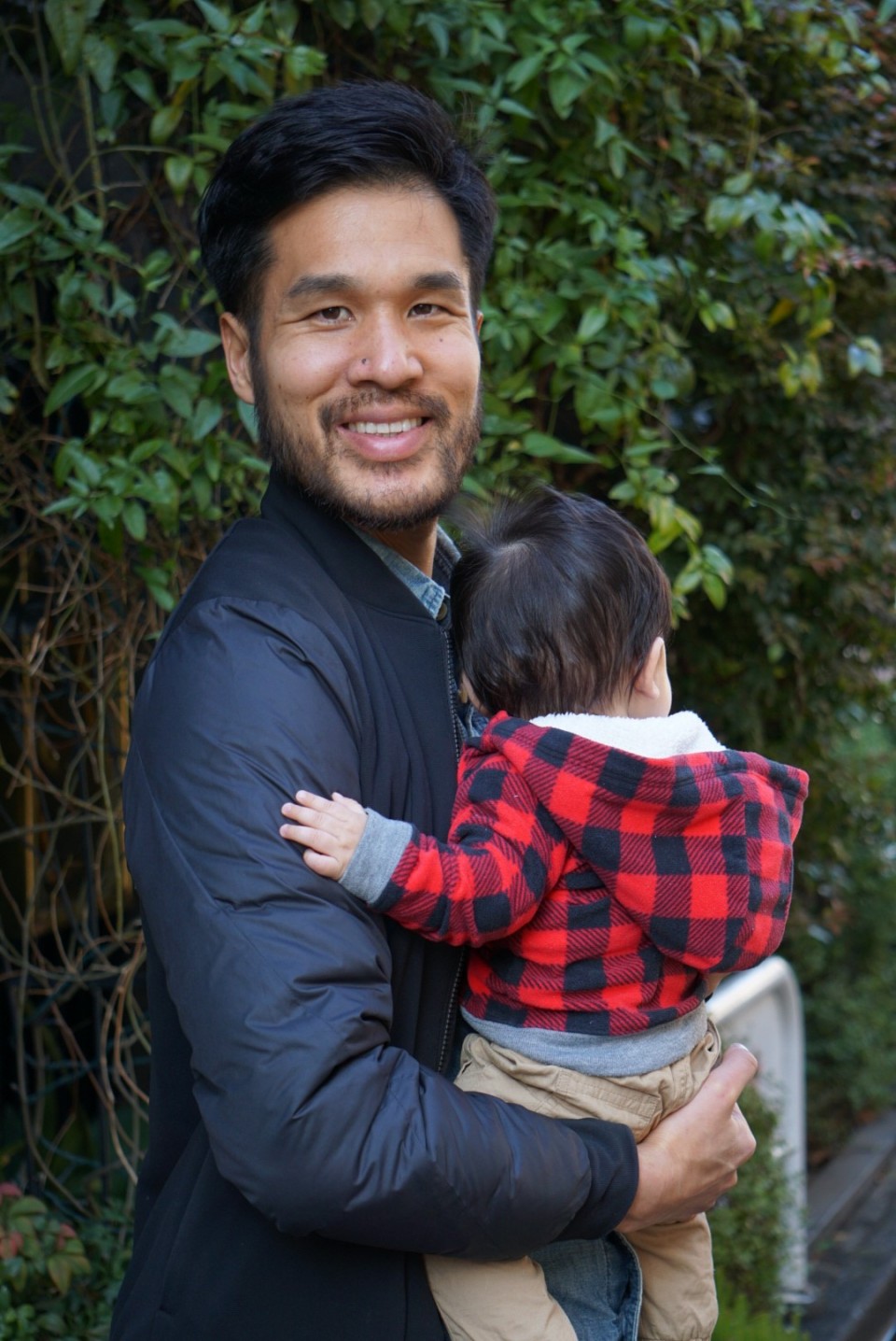 "The more I learned about gender bias, the more I saw it in everyday life," the 35-year-old Tokyo businessman said in a recent interview with Kyodo News.

"For example, the (necessity for) women-only train cars, the pornography in convenience stores, gender-specific pronouns, fuzoku (sex service), and so on. Gender discrimination is everywhere. This discrimination harms us all," he said.

Matsuo Post spent most of his adolescent years in the United States and when he returned to Japan he went through an identity crisis because he felt the need to meet the stereotypical image of a Japanese man, chauvinistic and expected to fit a mold.

He took the opportunity to live and work in Hong Kong, and met Tina Post there in 2014. She is a self-declared feminist who challenged the gender stereotypes he learned growing up in Japan, a poor performer when it comes to gender equality.

When the two decided to tie the knot in 2017, neither of them wanted to give up their birth names. They believed that surnames are an integral part of personal and family identities, and changing it should be one's own decision. So they decided to keep both names.

Japanese law currently requires that married couples take one of the spouses' family names. In marriages between a Japanese national and a foreign national, however, the law does not apply.

If you are a Japanese male-female couple getting married, there are no in-between options like hyphenating your last names, keeping your family name as your middle name or combining both of your last names into a new name.

Despite the option for men to take their wife's surname, 96 percent of Japanese women assume their husband's name. 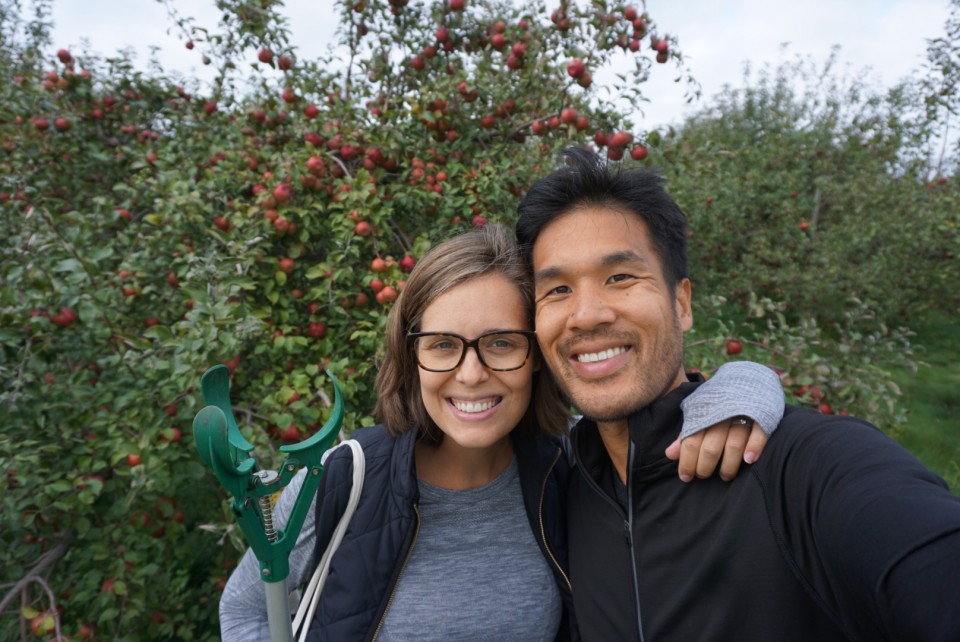 Tina adopted the non-hyphenated double-barrelled name first, then Shu took her name. Going double-barrell gave both members of the couple the opportunity to retain their birth names and acknowledge their new marital status.

He was unprepared for the legwork that followed -- updating his passport, driver's license, credit card, airline mileage card, email account, business card, and all the administrative burdens that rarely fall upon the male in many societies. 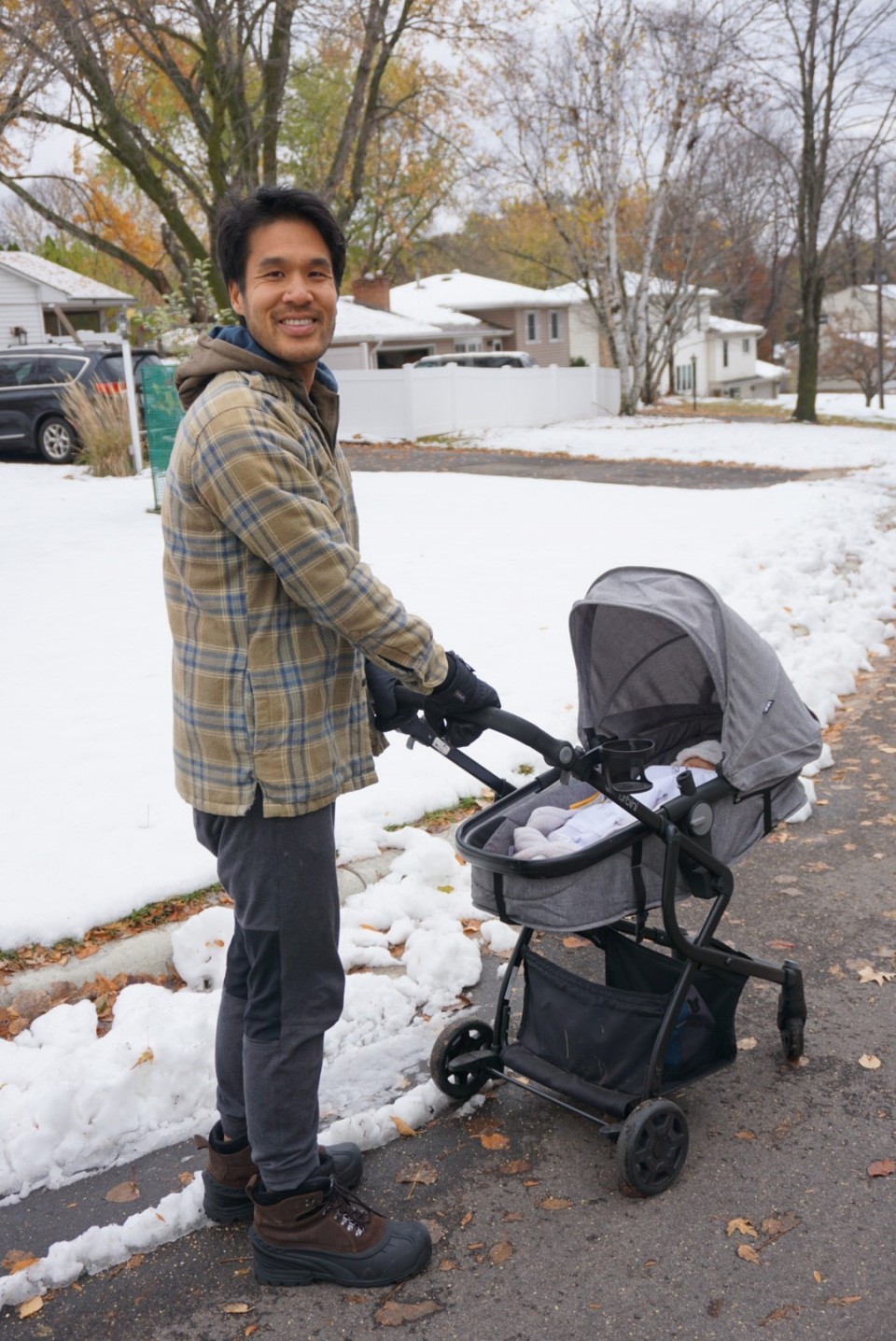 "Most men never have to go through this. Why is it assumed and unquestioned that it is a woman who takes a man's name upon marriage? If that is her choice, great, but if not, why should we expect a woman to lose her identity in favor of a man's?"

Now that he understands how our society has adopted a norm of devaluing women that is deeply and often unconsciously entrenched in our lives, there is no going back, he says. Eventually, his activity logs turned into a self-published book titled "I Took Her Name," which was released in December.

Currently on seven months of paternity leave, he is now using social media to get his message out and telling his story across multiple media platforms as a male feminist, but Tina does not think that means he is representing women or speaking on their behalf.

Tina, who teaches gender and linguistics to high school students, says they are not perfect feminists but they work hard on their critical thinking and open-mindedness. She finds it funny that her husband found his passion in her field of expertise.

"Often I will challenge him about whether his choices are authentic, or if he's just trying to make sure that he is being feminist. Like when he deliberately gets something that is pink instead of blue for our son," she says.

Now driven by purpose, Shu says heterosexual men must begin to acknowledge the privileges they enjoy. He admits it's not easy to get Japan's men to catch up with his example, especially the older generation with outdated gender expectations.

"It's impossible to call out every sexist behavior you see. I sometimes miss the opportunity to educate others. Start with whatever you're comfortable with, with your circle of friends or family members," he says.

"Japanese society is unique, and discrimination against women is tolerated and accepted as part of daily life. Two things men can do to help fix this is to do more housework and take extended childcare leave. Gender equality benefits everyone, men and women." 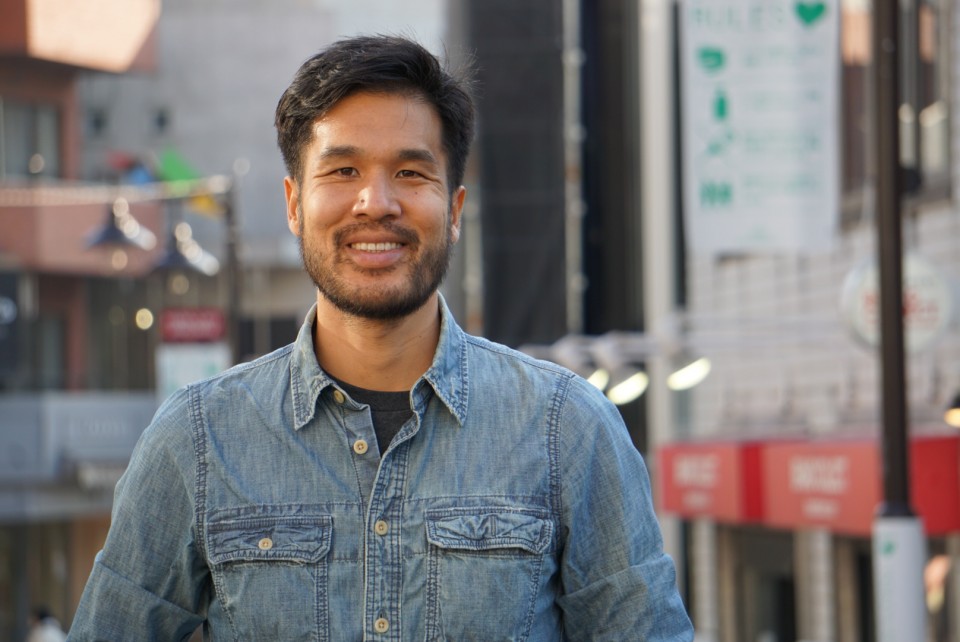 Male feminist Shu Matsuo Post poses for a photo on the streets of Harajuku, Tokyo, on Feb. 2, 2021. (Photo courtesy of Tina Matsuo Post)(Kyodo)

Shu thinks men are less likely than women to seek support for mental health issues when they need it, and they are at much higher risk of dying by suicide, all because masculinity is getting in the way of getting help.

In 2019, men accounted for 69.8 percent of all suicides in Japan. Women are more likely to be diagnosed with anxiety and depression, and studies suggest that it may be linked to the oppression they face on a regular basis.

Increasingly, women are expected to function as caregiver, homemaker and breadwinner while having less reward and less control.

With marital name change just one of the many aspects of Japanese life that disadvantage women, where does one start? Matsuo Post thinks gender equality starts at home and families are at the front line.

"I truly believe in leading by example," Matsuo Post says.

"I know I'm just one person but I can make a difference in my community. Like when I recently heard that my colleague who is becoming a father next month saw what I did and decided to take time off to look after his newborn, that makes me happy," he said.

Matsuo Post says by talking to the younger generation about equality between the sexes and what remains to be done to reach a gender-equal world, you are setting them up to lead the way for a better future for all.

"I want to spend more of my time educating young adults than dealing with stubborn old men. High school and college students today have the education I didn't get. That's why I have hope for the future," he said.

"I imagine my children or grandchildren laughing about the time when gender inequality existed because their world will be much more equal. I really hope that day will come," he said.