As Japan prepares to begin COVID-19 vaccinations this week, dry ice manufacturers are scrambling to ensure they can meet the expected surge in demand driven by a need to store the Pfizer Inc. vaccine at an ultra-cold temperature.

But preparations, critical for a smooth coronavirus vaccine rollout, are facing challenges with dry ice makers possibly unable to ramp up production capacity quickly enough partly due to the difficulty of acquiring enough liquid carbon dioxide to create the refrigerant. 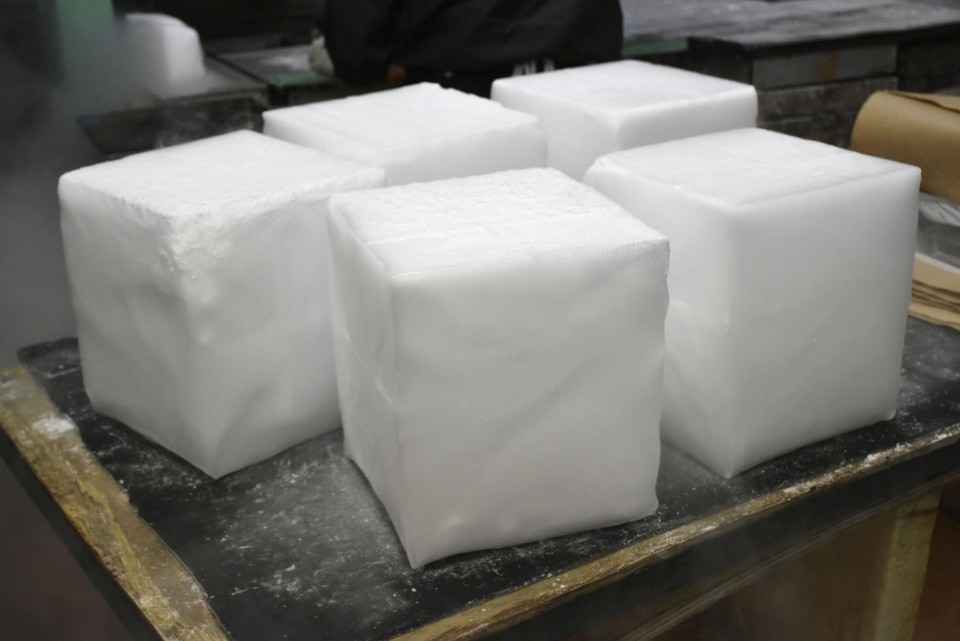 Japan on Sunday approved the vaccine jointly developed by U.S. pharmaceutical giant Pfizer and its German partner BioNTech SE which must be stored at a temperature of about minus 75 C. Dry ice will be used when there is a shortage of ultra-cold freezers.

An executive of a major ice manufacturer, who declined to be named, said a shortage of dry ice should not get in the way of the rollout. But the executive also expressed concerns, saying "I am not sure of how much (dry ice) will be needed when the vaccines are rolled out."

The opaque outlook makes it even more difficult to plan production effectively as demand in a normal year varies according to temperatures seen across the country around the peak of summer.

The government has agreements in place with Pfizer, AstraZeneca Plc and Moderna Inc. to receive more than enough doses to cover Japan's population of 126 million.

Hiroshi Kajiyama, minister of economy, trade and industry, said at a press conference last month that the "major role" of the ministry is to secure freezers and dry ice for the rollout. It has requested that major dry ice manufacturers increase production.

A ministry official said the amount of dry ice required has lessened due to the government securing more freezers than originally planned.

"The Pfizer vaccine is the only type that requires dry ice for transportation and storage. Those developed by AstraZeneca and Moderna do not require it," the official said.

The government plans to begin inoculating 20,000 health workers on Wednesday in a study to verify the vaccine's safety. It will then expand the program to other health workers in March and people aged 65 and older in April.

Dry ice suppliers face not only challenges in producing the amount required but also delivering it in the form needed.

Blocks of dry ice are most commonly produced but smaller, dry ice pellets, which are manufactured using a specialized machine, will be needed to keep the vaccines at the correct storage temperature.

The supply from oil refiners has also become tight as they have streamlined refineries where carbon dioxide is produced in the process of petroleum refining.

Dry ice manufacturers are aiming to boost output by producing carbon dioxide on their own.

A subsidiary of Air Water Inc., which provides about half of the domestic dry ice market, has opened new factories in Hokkaido, Yamaguchi Prefecture and Kanagawa Prefecture since 2013 to produce liquid carbon dioxide and dry ice.

But, understandably, manufacturers had not expected a sharp rise in demand for dry ice due to the coronavirus pandemic, and some officials are worried that there may be a limit to what they can do.

"We have received a request from the government to ensure a steady supply. This is an important matter, so we would like to respond to it as much as possible," an official of Showa Denko Gas Products said.

Another manufacturer representative said, "There is uncertainty over many elements...Either way, it will be a balancing act."