An American man and his son who allegedly helped former Nissan Motor Co. Chairman Carlos Ghosn flee Japan in 2019 will soon be handed over to Japanese authorities, sources close to the matter said Saturday.

The Tokyo District Public Prosecutors Office sent prosecutors to the United States the same day to arrest the two men, Michael Taylor, 60, a former Green Beret, and his son Peter Taylor, 28, for enabling a criminal suspect to escape, among other charges, according to the sources. 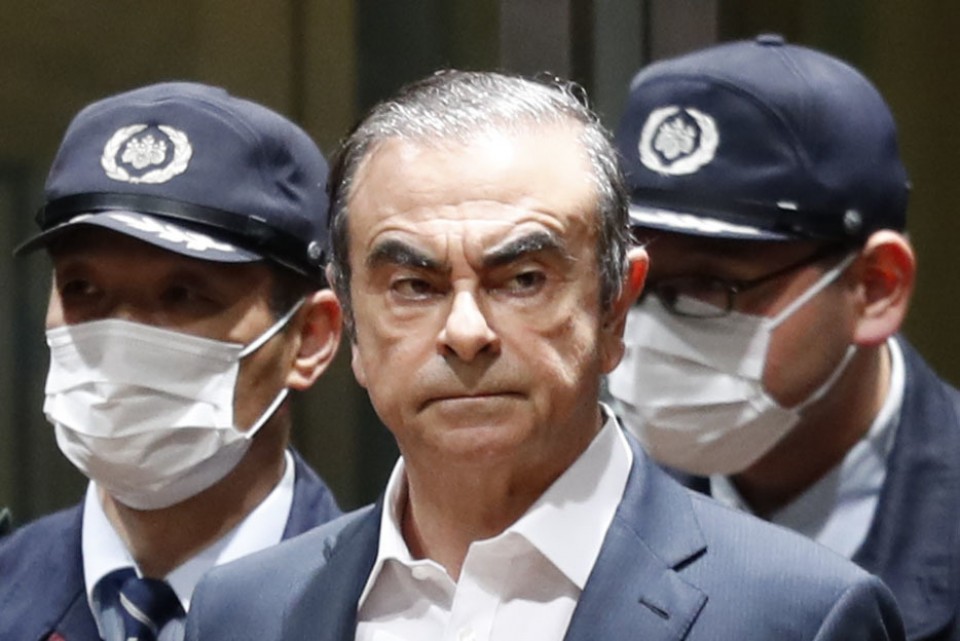 The handover of the Taylors, who were arrested in Massachusetts in May by U.S. authorities at Japan's request, will come as the Americans lost their battle against extradition.

The U.S. State Department approved of turning them over to Japan in October last year. The Taylors sought to avoid extradition that they believe is an injustice but their appeal was rejected by a federal court in Massachusetts and a higher court in Boston. The U.S. Supreme Court in February also rejected it.

In a dramatic turn of events, Ghosn, who was arrested in 2018 and awaiting trial on a charge of financial misconduct at Nissan, fled to Lebanon where he spent his childhood.

Ghosn, who had headed Nissan for nearly two decades, allegedly misused company funds and understated his remuneration by billions of yen over multiple years.

According to court documents submitted by U.S. judicial authorities, Ghosn, was smuggled out of Japan hidden inside a box for musical audio equipment on a private jet from Kansai International Airport in Osaka Prefecture on Dec. 29, 2019 with the help of the Taylors.

After arriving in Istanbul in Turkey, Ghosn flew to Lebanon on a different jet.

Japan does not have an extradition treaty with Lebanon and it has been seeking to have Ghosn detained via the International Criminal Police Organization.

Japanese prosecutors have also obtained an arrest warrant for George Zayek, a Lebanese-born American who allegedly assisted Ghosn's escape with the Taylors.