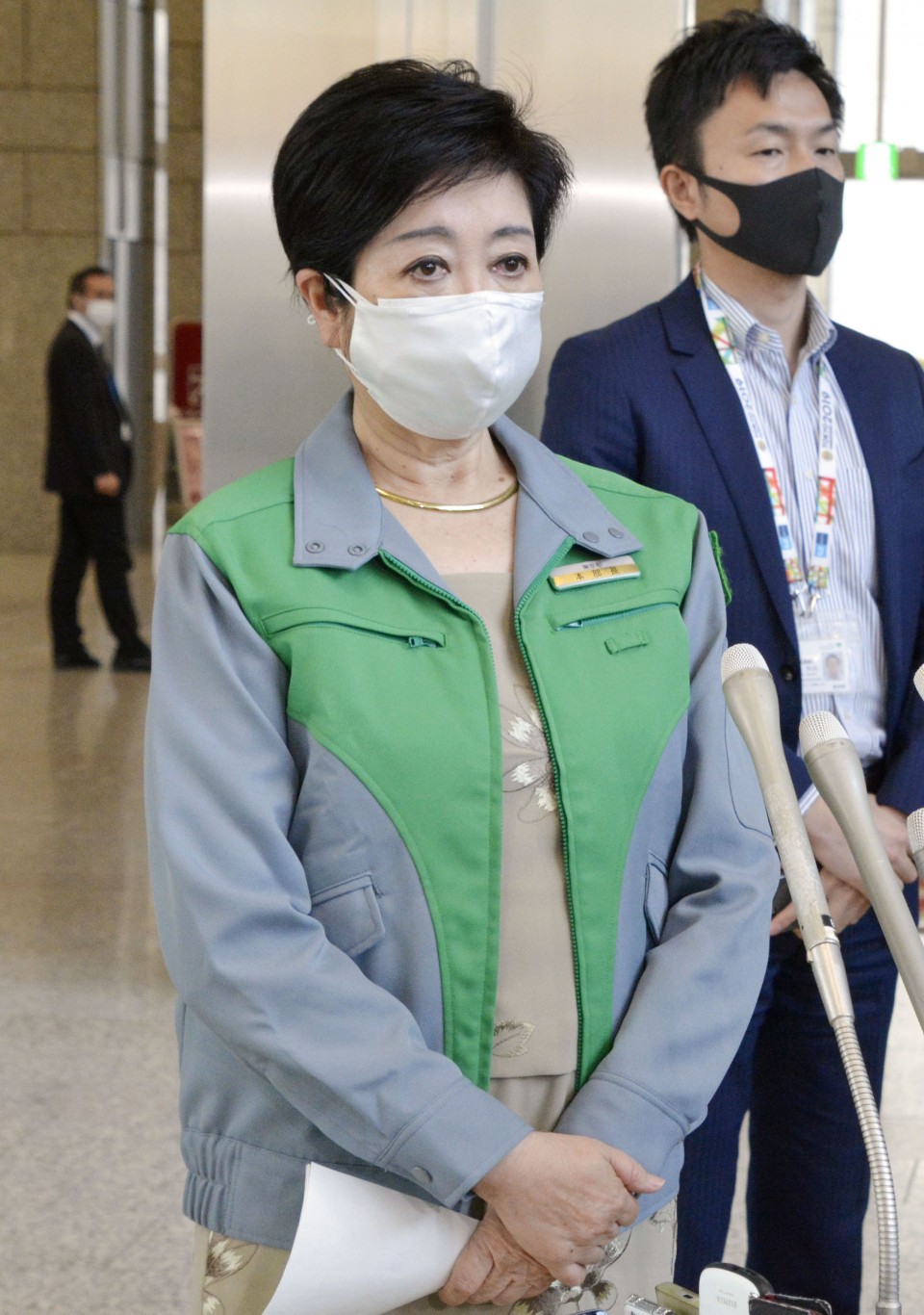 As public anger over the comments by Yoshiro Mori shows no signs of abating, the leader of the ruling coalition's junior partner said Mori should consider the reaction from the IOC and general public before deciding whether to stay in his post.

Although the IOC initially said Mori's apology closed the matter, it issued a fresh statement Tuesday calling his comments "absolutely inappropriate" amid continued criticism by athletes.

Speaking to reporters, Koike said holding the meeting at this point "would not deliver anything really positive," in regards to the comments widely seen as sexist made by Mori, which has complicated Japan's efforts to host the postponed Olympics and Paralympics this summer amid the coronavirus pandemic.

The meeting was expected to be held on Feb. 17, including Mori and Japanese Olympic Minister Seiko Hashimoto. Koike's decision could further spur discussions concerning the issue, which has continued to garner criticism worldwide.

In commenting on increasing gender diversity among the board members of the Japanese Olympic Committee during its online meeting on Feb. 3, Mori complained about what he believes is a woman's tendency to talk too much and have "a strong sense of rivalry," adding that when one female member raises her hand to speak, "everyone ends up saying something."

"Mr. Mori should make a decision by himself," Yamaguchi told reporters after a meeting between the government and ruling parties held at the prime minister's office.

The 83-year-old former prime minister's remarks have led to more than 1,000 angry phone calls and emails to the Tokyo metropolitan government. Meanwhile, about 400 volunteers for the games had withdrawn their applications as of Monday, according to the organizing committee.

Mori's comments "made everyone feel uncomfortable at a time when we are trying to overcome the pandemic and gear up toward the games. I am very disappointed as the head of the host city," Koike said.

The remarks by Mori, who has headed the organizing committee since it was launched in 2014, have also drawn criticism from sponsors.

Toyota Motor Corp., one of the games' major sponsors, released a statement by President Akio Toyoda that "it is truly regrettable that (Mori's comments) are different from the values that Toyota has cherished."