Myanmar's military seized power in a coup on Monday and detained leader Aung San Suu Kyi and other government leaders, blocking the Southeast Asian country's democratization less than a decade after its transition to civilian rule.

The military, which had directly ruled the country from 1962 to 2011, announced that the state of emergency will continue for one year and that the military chief, Senior Gen. Min Aung Hlaing, will lead during the period. 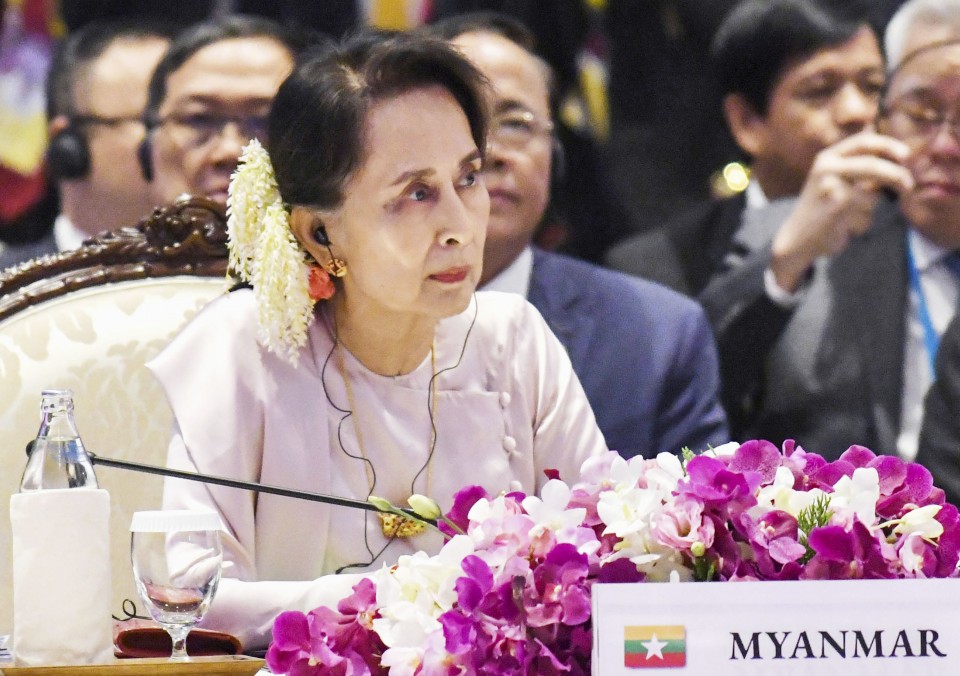 The military dismissed 24 people including ministers of Suu Kyi's government and made 11 new appointments, according to military-affiliated news outlets.

It said a "free and fair multiparty general election" will be eventually be held, after which authority will be transferred to the winning party. It did not set a time frame for the polls, however.

A spokesman for the formerly ruling party said Suu Kyi, Myanmar President Win Myint and other senior party officials were detained by the military early in the morning. Suu Kyi was said to be held under house arrest in the capital Naypyitaw.

Former Vice President Myint Swe of the military-backed USDP, in his new position as acting president, issued a statement criticizing that election as unfree and unfair, even though observers from Japan and Western countries had found that not to be the case.

The NLD, in a statement, said Suu Kyi called on the public not to accept the coup and instead to firmly oppose it.

"The actions of the military are actions to put the country back under a dictatorship," she was quoted as saying. "I urge people not to accept this, to respond and wholeheartedly to protest against the coup by the military."

In Naypyitaw, where parliament was scheduled to be convened on the Monday, armored cars lined the main street, armed soldiers in camouflage uniforms surrounded government facilities and parliament, and checkpoints were set up.

"We're surrounded by military vehicles and soldiers and not allowed to go out," one of the lawmakers inside told local media.

Elsewhere, residents rushed to supermarkets, banks and ATM machines, many of them driven by anxiety and despair at what lies ahead for the country. 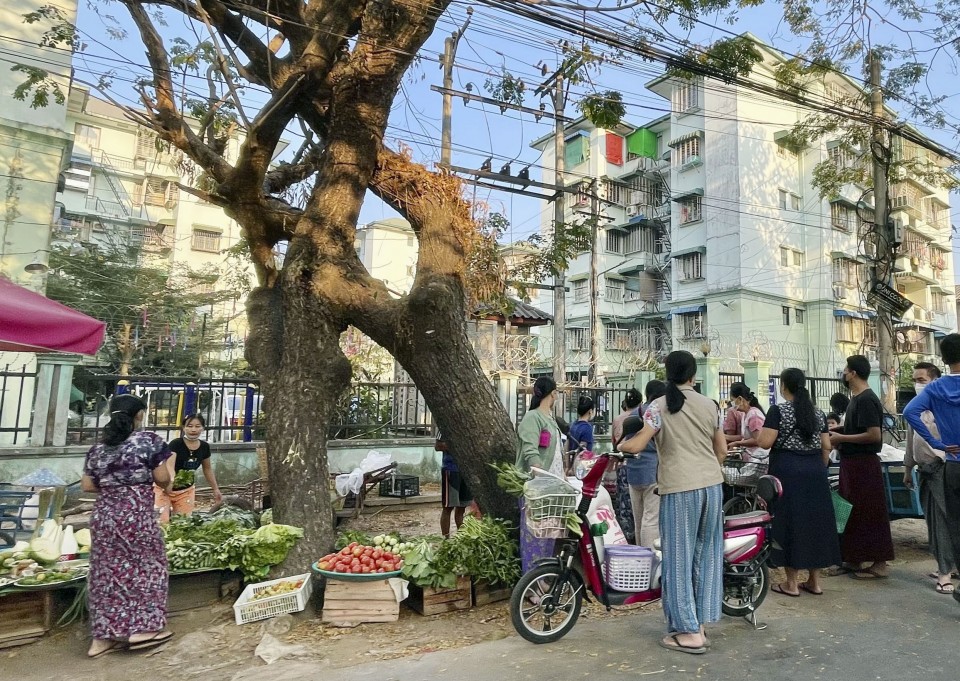 The coup against the democratically elected government prompted alarm from the United States and other countries, with the White House calling for Suu Kyi's release and warning of "action" unless the situation was reversed.

Japan's top government spokesman Katsunobu Kato urged Myanmar to uphold democracy, telling reporters Tokyo sees it as important that the relevant parties "resolve the situation peacefully through dialogue and in line with the democratic process."

The Association of Southeast Asian Nations, in a statement, recalled members' shared goal of "adherence to the principles of democracy" and encouraged "the pursuance of dialogue, reconciliation and the return to normalcy in accordance with the will and interests of the people of Myanmar."

A military spokesman last week did not rule out the possibility of a coup if alleged election irregularities were left unaddressed.

The military and opposition party went on to allege massive election fraud. When they called for a special session of parliament to discuss the matter, the parliamentary leadership rejected it.

On Wednesday, Min Aung Hlaing referred to the possibility of abolishing the current Constitution, raising political tensions in the country.

The parliament has a combined 664 seats in the upper and lower houses, with 25 percent of the total, or 166 seats, set aside for military appointees.

Myanmar's President Office announced the takeover on the military's TV channel Monday and criticized the NLD's refusal to clarify the claimed election fraud and postpone the convening of the parliament.

"As the democracy transition in Myanmar will face difficulties if these problems are not being solved properly, a state of emergency has been announced under Article 417 of the Constitution," the statement read by an anchor on the TV channel said.

According to the Office of the Commander-in-Chief of Defense Services, over the next year, the junta's priorities include effectively handling the coronavirus pandemic, promoting business recovery and working toward peace with ethnic minority rebel groups.

"When these tasks have been completed in accord with the provisions of the State of Emergency, a free and fair multiparty general election will be held and then, State responsibilities will be handed over to the winning party meeting norms and standards of democracy," it said in a statement.

In 1988, Myanmar saw a student-led pro-democracy movement, but the military crushed it and established a junta in a coup in September that year.

In 1990, the NLD, for which Suu Kyi served as general secretary at the time, won a general election by a landslide, but the junta refused to accept the results.

The NLD boycotted the 2010 election that ended decades of military rule, leaving the USDP -- a party led by a group of retired army generals -- to rule Myanmar from 2011 to 2016.

In the 2015 general election, the NLD won in another landslide, bagging 390 of the 491 seats contested, bringing Suu Kyi and her party to power for the first time the following year. 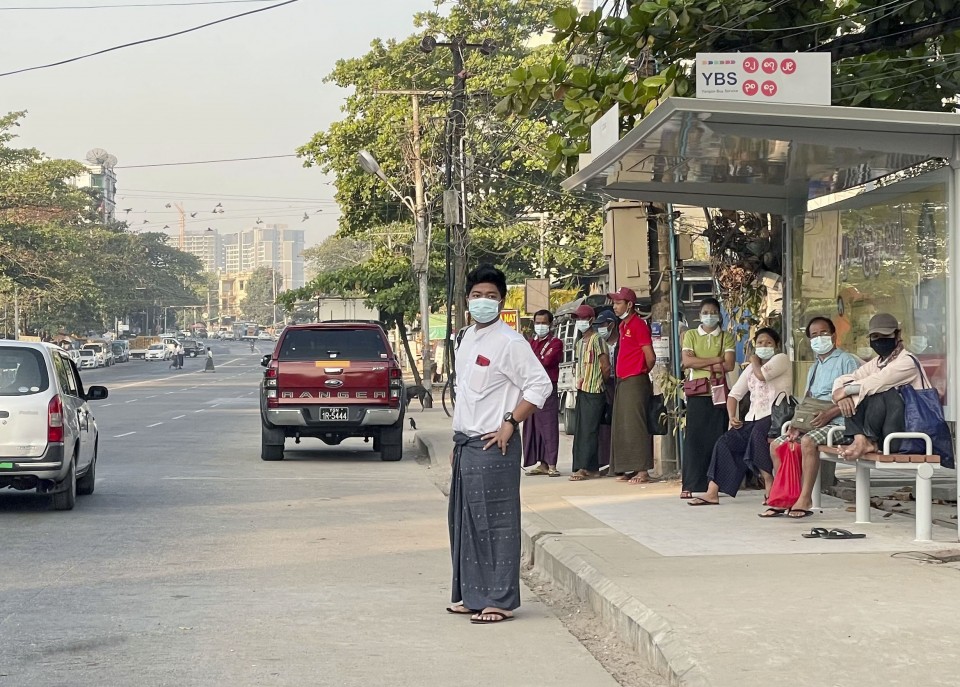 The following is a chronology of major events related to Myanmar:

September -- The country's military stages a coup and takes power.

May 1990 -- The National League for Democracy, for which Suu Kyi served as general secretary, wins the general election by a landslide, but the military junta refuses to accept the results.

November 2010 -- The military-backed Union Solidarity and Development Party wins the general election, boycotted by the NLD; Suu Kyi is freed from house arrest. 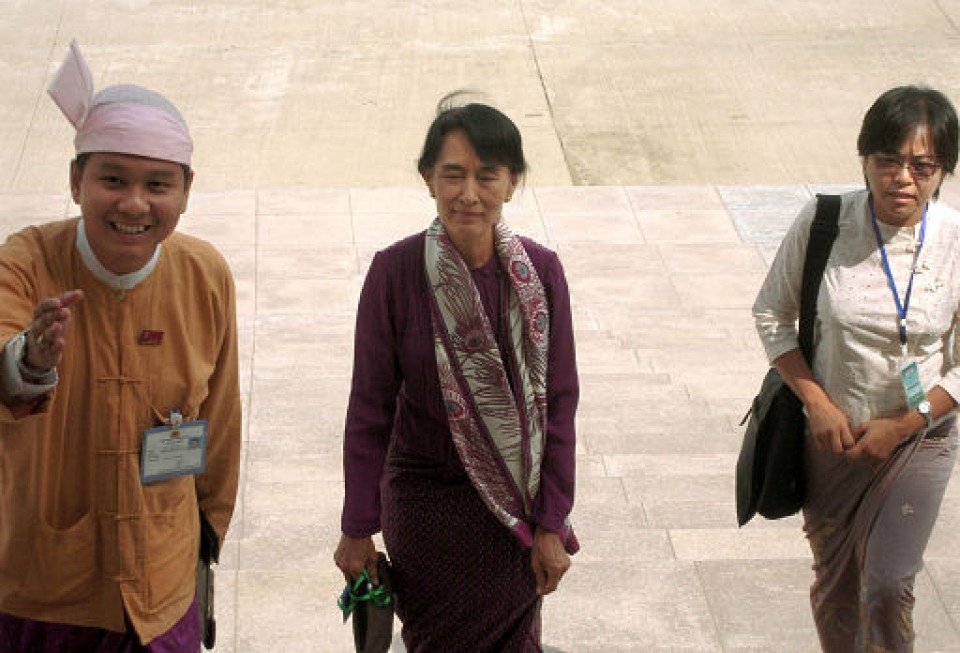 April 2012 -- Suu Kyi wins a parliamentary seat in a by-election.

November 2015 -- Myanmar's first fully democratic general election is held, and won by the NLD in a landslide.

March 2016 -- Myanmar's first civilian administration in more than half a century is established.

January 2020 -- The International Court of Justice orders Myanmar to end the persecution of the Rohingya ethnic minority by the Myanmar military.

Coronavirus cases in Myanmar double in 10 days to top 1,000