Japan's communications ministry said Monday nine more of its officials were treated to expensive meals by a company that employs the eldest son of Prime Minister Yoshihide Suga, further widening the scandal that has already brought four senior bureaucrats under scrutiny.

Of the 13 officials, an internal probe by the ministry found that 11 have or are highly likely to have violated the National Public Service Ethics Law, which prohibits receiving favors from stakeholders. They are expected to be reprimanded as early as Wednesday. 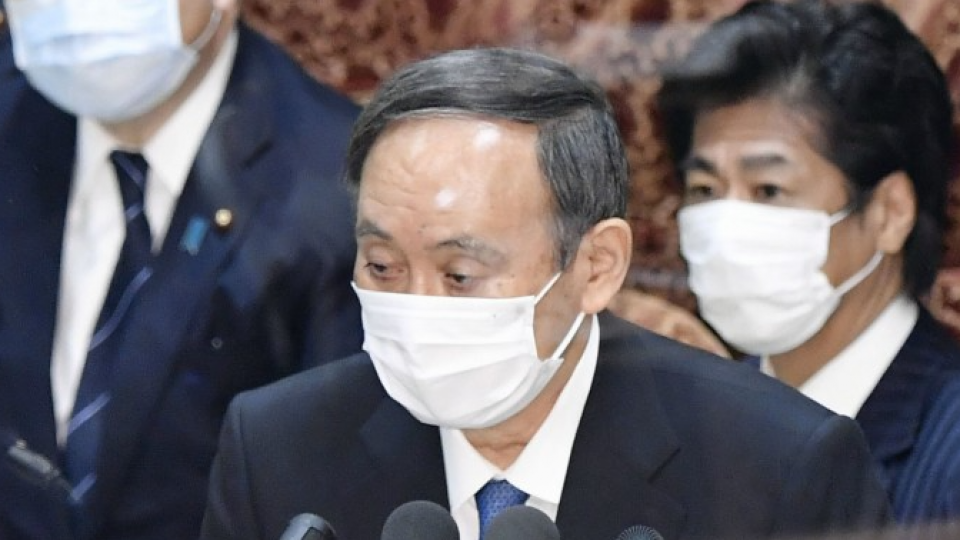 The scandal is another blow to Suga, whose public support is already in decline amid dissatisfaction with his COVID-19 response. The prime minister apologized at a parliamentary committee session on Monday, saying, "I feel very sorry that my eldest son was involved and public servants violated their ethics code as a result."

The 13 officials are said to have been wined and dined on a combined 39 occasions by Seigo Suga or other members of Tohokushinsha Film Corp., a company that offers satellite broadcasting services, according to the Ministry of Internal Affairs and Communications, which grants broadcast licenses.

The nine officials newly implicated include Cabinet Public Relations Secretary Makiko Yamada, who was then vice minister for policy coordination at the ministry.

But Yamada is not included in the 11 officials who are set to be reprimanded, as she has since retired from the ministry and the ethics code does not cover someone who is given special status to serve in a government post.

Of the 13 officials, the ministry judged that one official was not a stakeholder.

The four were the only ones who were given taxi tickets and gifts from the son. Taniwaki received the largest amount of favors worth 118,000 yen ($1,120), according to the ministry.

The ministry has replaced Akimoto and Yumoto, a move apparently aimed at preventing the scandal from affecting deliberations in the Diet where the government and Suga's ruling Liberal Democratic Party aim to pass bills including the fiscal 2021 draft budget and revisions to the Broadcasting Law.

The meetings first came to light in reports earlier this month by weekly magazine Shukan Bunshun. It released online what it claimed to be an audio recording of Seigo Suga repeatedly mentioning satellite broadcasting in conversations with Akimoto and another Tohokushinsha executive.

The son became acquainted with some of the officials when he served as secretary to his father, who was internal affairs and communications minister between 2006 and 2007, according to the weekly magazine.

Suga has said he was not aware of the dinner sessions between his son and the officials.