Japan's communications ministry said Friday it has replaced two senior bureaucrats and is considering reprimands following reports that its officials were treated to expensive dinners by a son of Prime Minister Yoshihide Suga in possible violation of ethics code. 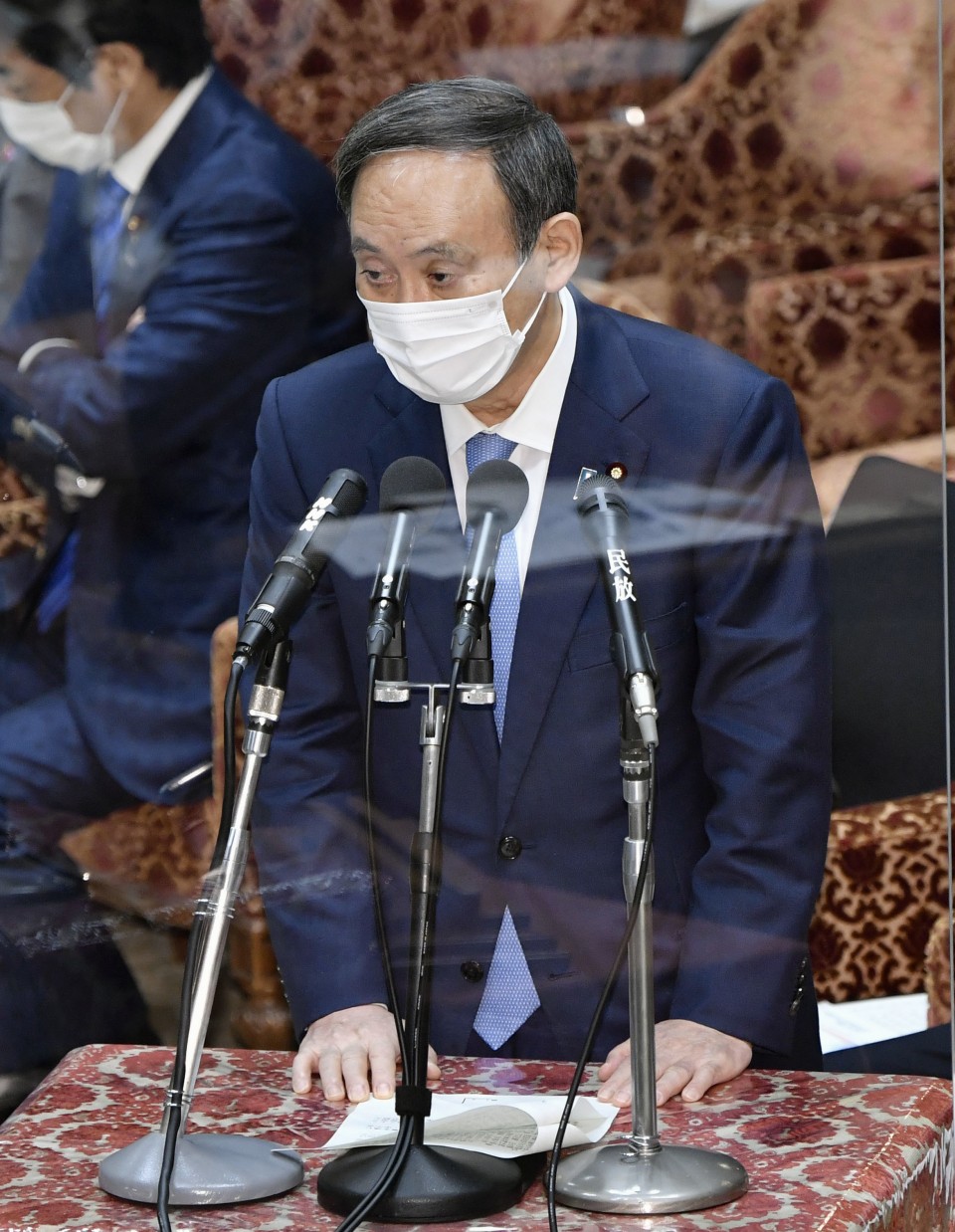 The government and Suga's ruling Liberal Democratic Party aim to pass bills including the fiscal 2021 budget and revisions to the Broadcasting Law and are apparently seeking to prevent the scandal from pushing the deliberation schedules behind.

Suga's son had dined with the two senior bureaucrats as well as Yasuhiko Taniwaki and Mabito Yoshida, both vice ministers for policy coordination at the Internal Affairs and Communications Ministry.

"I deeply apologize for causing distrust among people," said Takeda, while revealing the ministry is considering reprimanding the officials involved.

Akimoto told parliament Friday he recognizes Suga's son as a stakeholder. The son works for Tohokushinsha Film Corp., units of which operate satellite broadcasting services, and the ministry issues broadcast license to them.

During the House of Representatives' Budget Committee meeting on Friday, the ministry revealed that Suga's eldest son has admitted that he is among the voices on a recorded conversation reported by weekly magazine Shukan Bunshun.

The magazine released online Wednesday what it claimed was an audio recording of the conversations between the son, Akimoto and another Tohokushinsha official, in which the son repeatedly mentions satellite broadcasting.

Reversing his previous denial, Akimoto also said at the session that he must have talked about satellite broadcasting with the prime minister's son.

The ministry previously explained that Akimoto only recalls a part of the recorded conversation, prompting the main opposition Constitutional Democratic Party of Japan to accuse the ministry of attempting to "systematically conceal" what happened and demand further investigation.

Japanese Communist Party chief Kazuo Shii was also critical, saying the scandal "deepened suspicion" that the policy-making process at the central government had been "distorted."

Still, Takeda did not retract his statement in the Diet that the wining and dining had no impact on broadcasting administration.

The ministry's probe on the matter has found the four senior bureaucrats dined with the eldest of Suga's three sons on a total of 12 occasions beginning in 2016, and received gifts from him.

The prime minister's son became acquainted with some of the officials when he served as secretary to his father, who was internal affairs and communications minister between 2006 and 2007, according to the weekly magazine.

Suga has said he was not aware of the dinner sessions between his son and the officials.