The annual number of juvenile suicides in Japan hit 479 in 2020, the highest figure since records began to be kept in 1980, education ministry data showed Monday.

In 2020, the government requested a nationwide school closure from March due to the novel coronavirus pandemic and a subsequent state of emergency meant many schools remained closed until May or June, but whether the suspension of classes was linked to the increase in suicides is not clear. 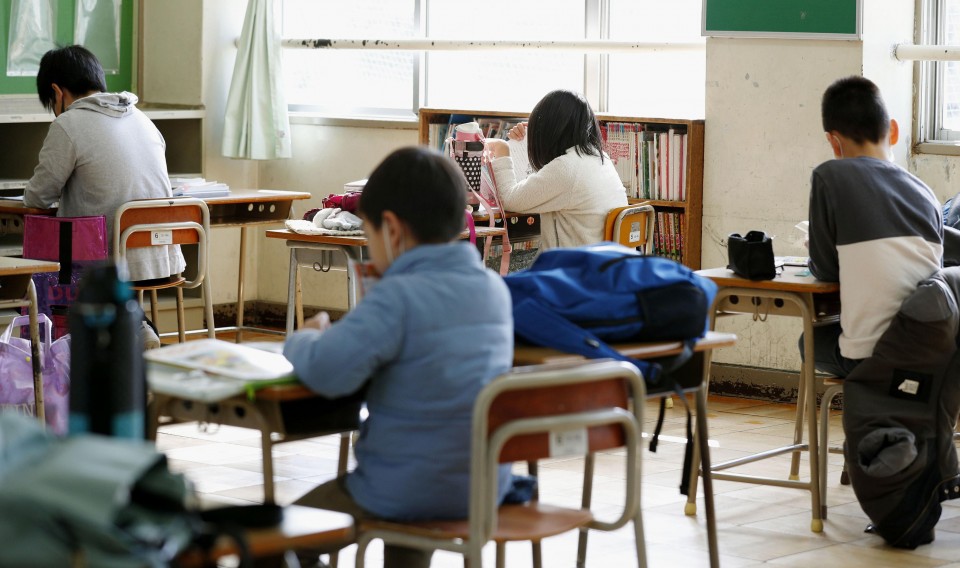 Students do self-study at a closed elementary school in Nagoya in March 2020 due to difficulty staying home as parents are out or other reasons. (Kyodo)

Juvenile suicides rose by 140 compared with a year earlier and were over twice as high in August alone at 64 cases, according to data presented at a panel meeting of the Ministry of Education, Culture, Sports, Science and Technology to discuss preventive measures.

The education ministry hopes the use of tablet computers, which it plans to distribute to each elementary and junior high school student, will help in monitoring children's mental health.

"(The tablets) can be used to monitor changes in students as they spend longer periods at home, as well as to conduct surveys and check on their stress levels," a panel member said. "They will play a large role in preventing suicides."

The ministry operates a toll-free suicide help line for young people and is preparing a social media support platform due to the growing number of children with smartphones.