Japan prodigy Takefusa Kubo said Monday he was seeking more playing time as he left Villarreal after half a season and joined Getafe on another loan deal this month from Spanish giants Real Madrid.

"I'm young and need more playing time, and want to be feeling I'm a footballer," said the 19-year-old midfielder during an online press conference. "The first thing is to help the team achieve their target. That will also help me grow as a player." 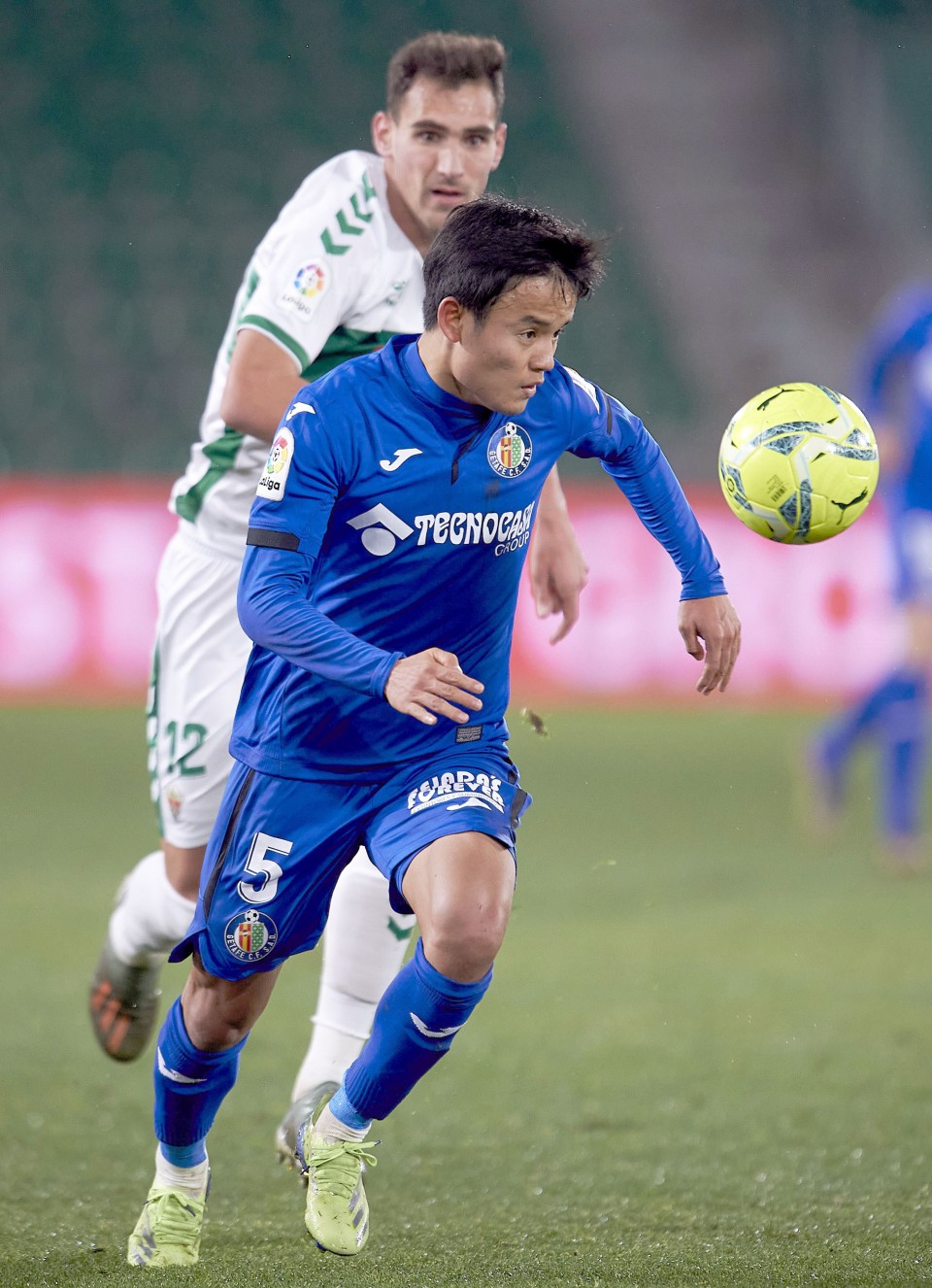 Takefusa Kubo of Getafe runs with the ball during the La Liga Santander match with Elche on Jan. 11, 2021, in Elche, Spain. (Quality Sport Images/Getty/Kyodo)

Kubo made an instant impact at Getafe in their 3-1 away win at Elche on Jan. 11, coming off the bench in the 65th minute before forcing the opposing keeper into a save from inside the box just four minutes later with Jaime Mata tapping in the rebound for a 2-1 lead.

The third goal late in the game also arrived after Kubo's cross from the right drew a foul inside the box, with Angel Rodriguez converting the penalty.

"I chose Getafe as they showed me more interest (than other teams)," said Kubo, adding his debut performance for Getafe, currently placed 13th, gave him "confidence" but "the next game is more important."

The left-footed playmaker was given chances in the Europa League, with the youngster starting all five group-stage games and scoring one goal, but he never won a regular berth in the side and was often deployed in an unfamiliar role on the left side of the pitch.

Kubo joined Real Madrid in the summer of 2019 and spent last season on loan at Mallorca, where he scored and assisted four each in 35 league games as they were eventually relegated.

Kubo played for Barcelona's youth teams before returning to Japan where he played for Yokohama F Marinos and FC Tokyo. He was the second-youngest player to debut for Japan's national team at 18 years and 5 days, and is expected to be a main man at this summer's Tokyo Olympics.