China said Monday that an expert group of the World Health Organization will visit the country later this week in a bid to investigate the origins of the novel coronavirus.

The group is scheduled to arrive in China on Thursday and set to make a trip to the central city of Wuhan, where the virus was first detected in late 2019, with the aim of pursuing the probe with Chinese experts. 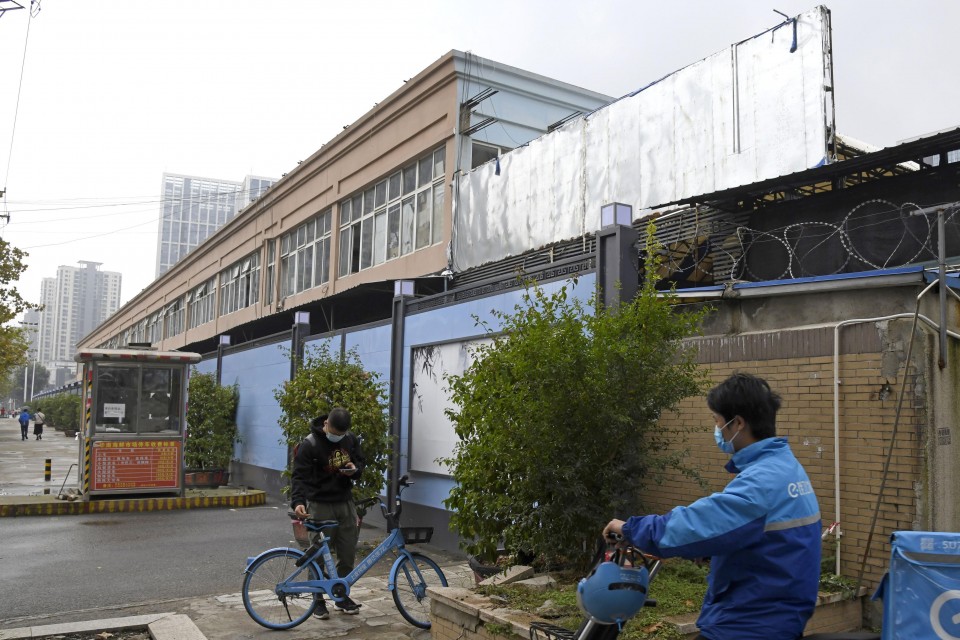 Photo taken Oct. 31, 2020, shows a seafood market in Wuhan where many people had coronavirus infections. (Kyodo)

The WHO is expected to send China the group composed of 10 experts, including Ken Maeda, a veterinary microbiologist at Japan's National Institute of Infectious Diseases. They are likely to be quarantined for two weeks after reaching China.

Originally, the experts planned to visit China earlier this month, but WHO director-general Tedros Adhanom Ghebreyesus said last week that he was "very disappointed" that Beijing had not finalized the permissions to allow the group into the nation.

Foreign Ministry spokeswoman Hua Chunying told reporters that China had not agreed with the WHO on the timing of the investigation as "there is a trend of occurrence of both sporadic and cluster cases reported locally" in the country.

In July last year, the WHO sent a small group of experts to China for a preliminary probe.