NASA said Friday that it is targeting April 20 at the earliest for another launch of a SpaceX ship that will this time carry Japan's Akihiko Hoshide and three other astronauts to the International Space Station.

It will be the third manned flight to the ISS by the Crew Dragon capsule, developed by the U.S. company Space Exploration Technologies Corp. The previous flight, known as the Crew-1 mission, took place in November, carrying three NASA astronauts and Japan's Soichi Noguchi. 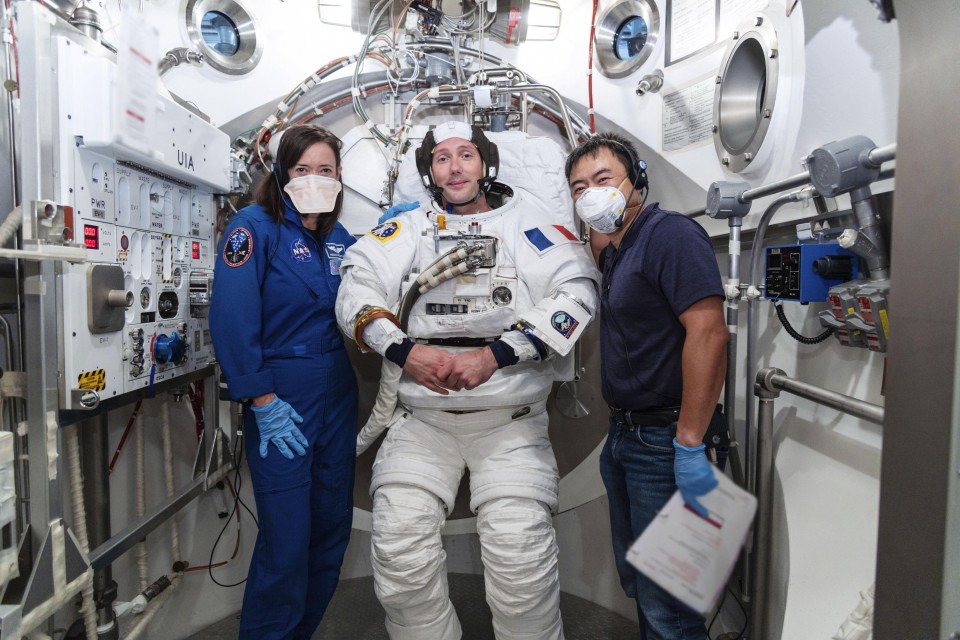 Supplied photo shows Akihiko Hoshide (R) with his fellow astronauts at a NASA facility in Texas in September, 2020.  (Photo courtesy of JAXA/NASA)(Kyodo)

The upcoming Crew-2 mission, which will lift off from the Kennedy Space Center in Florida, will be joined by Hoshide, 52, two NASA astronauts and another astronaut from the European Space Agency.

The return of Crew-1 astronauts is currently scheduled for late April or early May and that of the Crew-2 mission is targeted in the fall, according to the National Aeronautics and Space Administration.

The SpaceX system is intended to serve as a successor to NASA's Space Shuttle program that was in service for 30 years through 2011, its development ending the subsequent years of reliance on the Russian Soyuz vehicle as the sole means of accessing the ISS.

NASA said that it and SpaceX are also continuing preparations for the launch of the Crew-3 mission, which currently is targeted for the fall.