Japan launched Sunday a rocket carrying two satellites, including one operated by the government, to relay data collected by reconnaissance satellites already in orbit, enabling faster and more information-rich communication when responding to natural disasters. 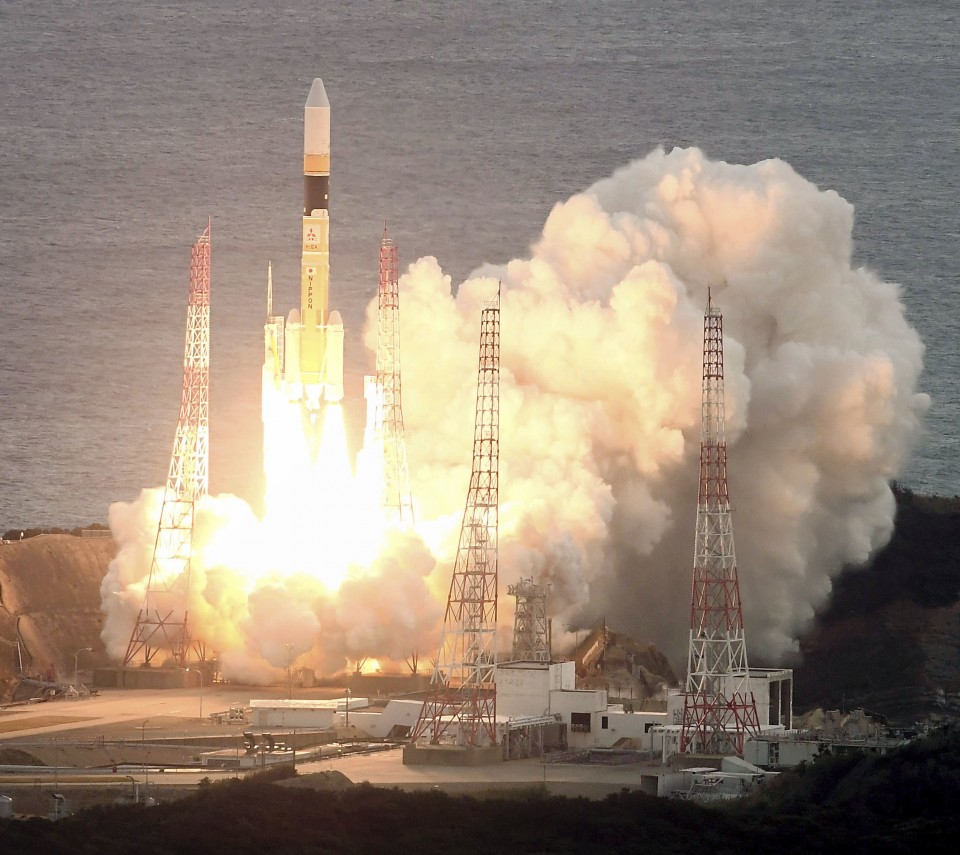 SpaceX ship lifts off with U.S., Japanese astronauts aboard

The H2A rocket, operated by Mitsubishi Heavy Industries Ltd. and the Japan Aerospace Exploration Agency, lifted off from the Tanegashima Space Center in Kagoshima Prefecture, southwestern Japan, at 4:25 p.m.

The two satellites sit in the same unit and will share fundamental components such as power source and control systems.

"We will fully utilize the information-gathering satellites to continue to strengthen our country's national security and crisis management," Prime Minister Yoshihide Suga said in a statement.

The relay satellites will initially conduct test transmissions of data acquired by the fleet of information-gathering satellites, sending it back from their location in geostationary orbit by optical communication.

When in operation, they will help overcome a problem that data can only be received for a limited time when each observation satellite has a direct sight-line with a receiver on the ground.

By sending data, including images and other information, via the relay satellites, transmissions can be made more flexibly and for a longer time from each observation satellite, JAXA said.