Prime Minister Yoshihide Suga on Friday said the government will do everything in its power to bring the novel coronavirus under control and pledged to push forward with preparations for this summer's Tokyo Olympics and Paralympics.

"The Suga Cabinet firmly promises to protect citizens' lives and livelihoods, continuing to put all of our energy into preventing the spread of infections and reviving the economy," the prime minister said in his New Year's address. 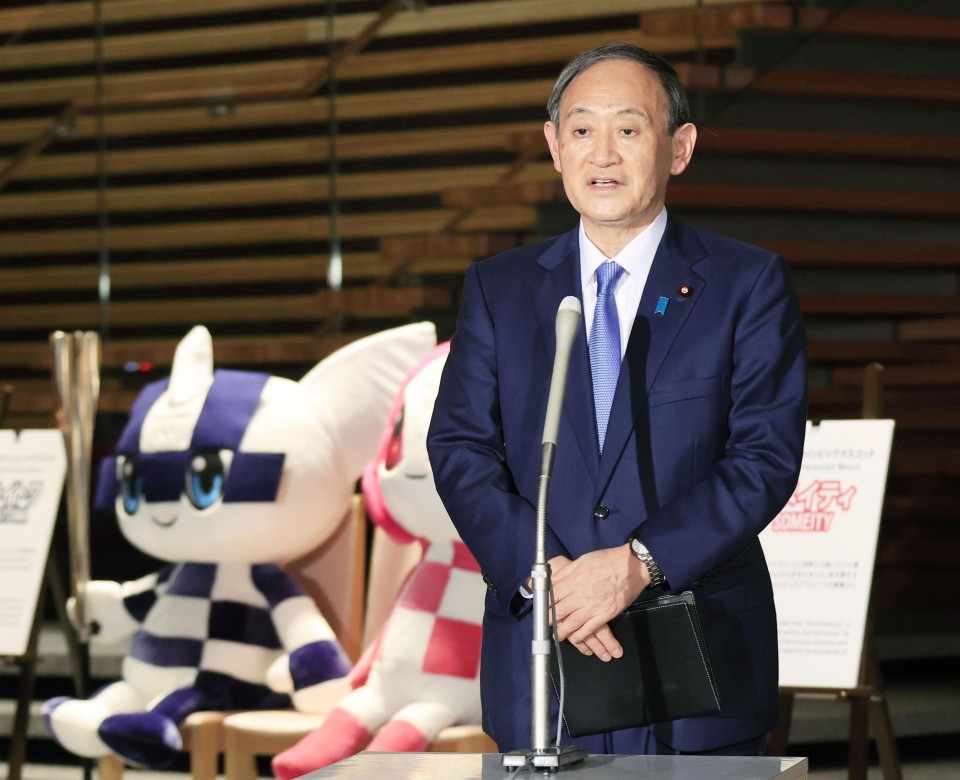 Japanese Prime Minister Yoshihide Suga talks to the press at his office in Tokyo on Dec. 31, 2020. (Kyodo)

Suga, who took office in September after his predecessor Shinzo Abe abruptly resigned for health reasons, has been criticized for failing to contain a third wave of infections across the country.

The Tokyo Olympics and Paralympics, postponed last summer for the first time in their 124-year modern history, will be "safe and secure" and serve as a "symbol of global solidarity," he said.

Turning to Japan's growth strategy in a post-pandemic world, Suga said his administration will support investment in green technology, part of his push to make the country carbon neutral by 2050, and digitalization.

"We will concentrate all of our policy resources and take decisive action for all kinds of reform," he said, vowing to boost regional economies by working on agricultural reform and promoting tourism.

Suga said Japan's security alliance with the United States will remain the foundation of its foreign policy, and that he will continue efforts to realize a "free and open Indo-Pacific" while maintaining stable relations with neighboring countries.

Japan PM Suga dodges question about next term amid pandemic