Initially deprived of places to carry out the most basic of training, Olympic hopefuls have had a tough time navigating the year, fretting over how best to maintain their fitness levels in a world of new norms.

The extensive impact of the novel coronavirus was not at its least when it came to the daily diet of athletes, who had been pushing themselves to their physical limits before recovering and building up with the help of proper nutrition. 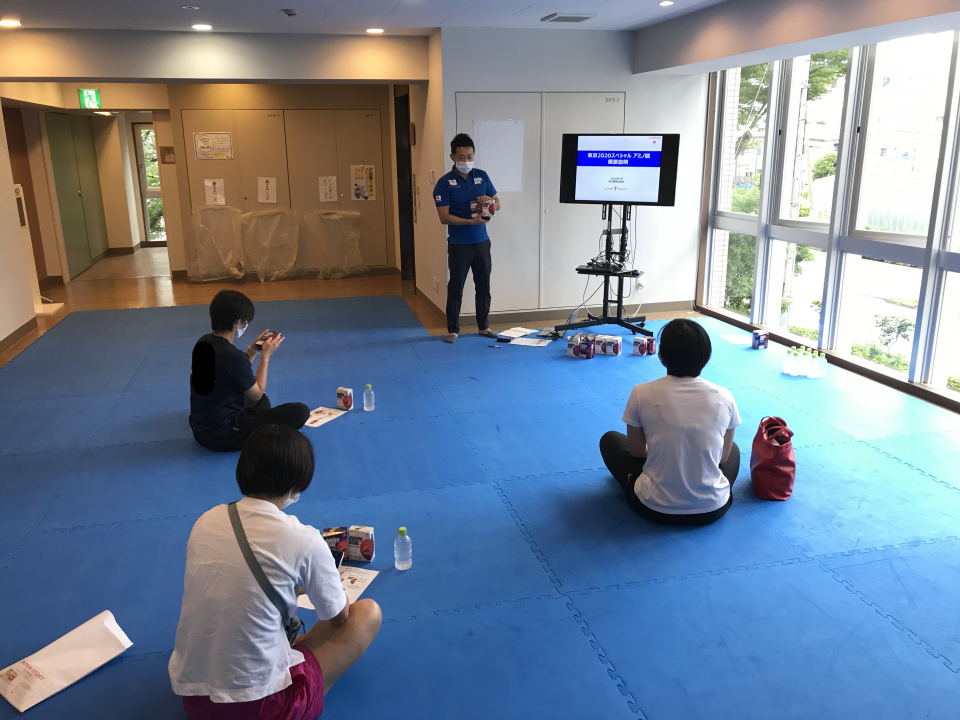 "There was a rise in body-fat percentage and weight for some athletes after finding themselves unable to train, having been asked to stay at home under the state of emergency," Ajinomoto Co. researcher and managerial dietician Haruka Suzuki said.

"Maintaining the same diet while training less naturally leads to weight increase," she said. "I proposed that athletes maintain our five-bowl Kachimeshi menu of a starch element, main dish, side dish, soup and dairy product, but using meat with less fat and cooking with less oil."

There were issues after athletes began returning to action, however, especially for those heading overseas to compete to keep their Olympic hopes alive or those trying to maintain fitness and motivation having clinched their spots on Japan's team.

In the latter group was women's table tennis star Mima Ito, who won team bronze at the 2016 Olympics and is set to vie for singles gold next summer. At a tournament in China, the 20-year-old was locked up in her room for days amid stringent coronavirus countermeasures, unable to train once prior to the event.

"She asked how best to maintain her condition when her exercise volume dropped dramatically and she could only eat packaged meals brought to her room three times a day," said Hidefumi Kurihara, the project's director assisting Ito.

"My answer was to take sufficient protein needed to maintain muscle mass even when she can't exercise. Getting that much protein through her usual diet (without exercising) would increase body fat, but that's when taking amino acid becomes very effective."

Through the company's amino acid supplement, athletes can avoid unnecessary fats and calories that come with getting enough protein just through the food they eat.

"Mentally it's also important she can access protein readily, that is low in fat and tastes good, so I provided her with our soup to tide her over between meals," added Kurihara, advising Ito on the most effective way of taking the supplements.

That level of service is indicative of the care provided by the members of the project first launched in 2003. Their work has been carried out behind the scenes every day for years and has led to athletes' career-defining successes.

Past beneficiaries include swimmer Takeshi Matsuda, the 2008 and 2012 Olympic 200-meter butterfly bronze medalist. He currently serves as Kachimeshi ambassador having realized the necessity of nutrition as he matured.

The project provides cooking tips for Kachimeshi meals and advice as to why certain food must be eaten at certain points in time to obtain the nutrition inside, something that can be troublesome without such genial support.

"For badminton players, who normally spend half of a year traveling around the world, we held cooking sessions to make sure they know recipes that will deliver the necessary nutrients rather than relying on ready-made meals all the time," said the project's leader Takahiko Ezaki.

That effort played a part in making history in 2016 in Rio de Janeiro, where Ayaka Takahashi and Misaki Matsutomo won Japan's first badminton gold medal in women's doubles and Nozomi Okuhara the country's first singles medal with a bronze.

In conjunction with the Japanese Olympic Committee, Ajinomoto brought their support to another level in Brazil, setting up a "G Road Station" -- G standing for gold medals -- five minutes from the athletes' village, where athletes could enjoy Japanese meals away from home.

The help paid dividends again a year-and-a-half later when figure skating icon Yuzuru Hanyu -- who originally lacked the stamina to go all out for the whole five minutes of free skate -- won his second straight gold medal at the 2018 Winter Olympics in South Korea.

The first thing the project teaches athletes is the importance of achieving a proper ratio between training, recovery and nutrition, a challenge when the general trend in Japan sees the volume of physical exertion as paramount and underplays the need for rest and often ignores nutrition.

"Nutrition should be at the base of athletes' activities. Paying it as much attention (as the other elements) with the right intake makes that foundation thicker and more solid, thus beefing up the entire cycle," Ezaki said.

Olympic success in Rio brought Kachimeshi nationwide recognition, with the number of promotion campaigns for Kachimeshi in Japanese supermarkets nearly doubling from 34,000 in 2017 to 60,000 in 2019.

The company also became an official sponsor of the 2017 and 2019 Southeast Asian Games and began providing Kachimeshi to Thailand's national women's volleyball team to break ground in the region.

"(In Southeast Asia) they generally have excessive salt and sugar intake and lack vegetables, fruits, iron and calcium," said Ezaki, who hopes athletes' success through balanced nutrition, as seen in Japan, eventually makes the public in those nations more aware of the issue.

Back home, Japanese athletes were poised for undeniable home advantage as Olympic hosts, especially when it came to diet. Unlike the past two Olympics, the project members did not have to travel to the host city a year ahead to ensure there is a supply of the right foods from local stores. 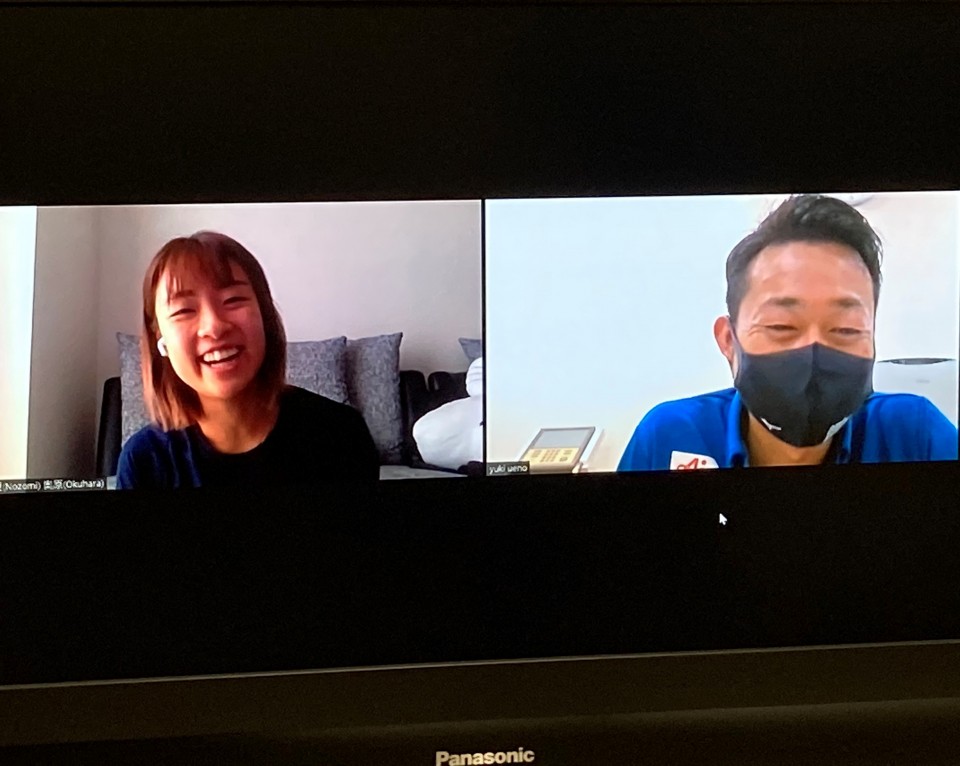 A medal glut at the 2020 games by the athletes the project supports would be a fitting reward for the nutrition and seasoning company that has owned the naming rights to Tokyo's 50,000-seater Ajinomoto Stadium since 2003 and the National Training Centre since 2009.

The pandemic may have lessened that visibility -- the expected restrictions around the athletes' village means the G Road Station might not make an encore on home soil.

But the project members hope what athletes learned over the years can get them over the line if the games do go ahead, even in the potential absence of members' close and direct support.

"I only get in contact with Ito when I feel the moment is right or when I can tell what kind of nutrition she is in need of, depending on how her results are going and what's coming up," said Kurihara, who is not intent on being over-assertive but on maintaining an enjoyable relationship.

"That will also help her think and understand the situation she is in. Otherwise athletes won't change over time."

In efforts to stay away from the coronavirus, such communication has been delivered lately via teleconference or occasionally indoors with social distancing, although the ongoing adversities could still end up scuppering the postponed games.

Losing the Olympics would cost the project its best opportunity to demonstrate that its unrivaled support has tangible benefits in the shape of medals and records. But Ezaki feels the pandemic served as an eye-opener in rededicating people, and themselves, to the company's "Eat Well, Live Well" ethos.

"Not being able to meet athletes was like losing a job for us," he said. "But come to think of it, people had the same needs as athletes when they were locked up, for example with vitamins A, C and E, as everyone wanted to boost their immunity."

"The pandemic made us realize there will always be people who need us, even away from the Olympics, with whatever demands befitting of the time. If our ideas penetrate further through positive Olympic results, then that would be best."