Male-only rule should be prioritized in imperial succession: Suga

"Under current circumstances, male-only succession should be given priority," Suga said in a prerecorded radio show broadcast by Nippon Broadcasting System Inc., referring to the long tradition of male succession. The program was recorded on Dec. 18, 2020. 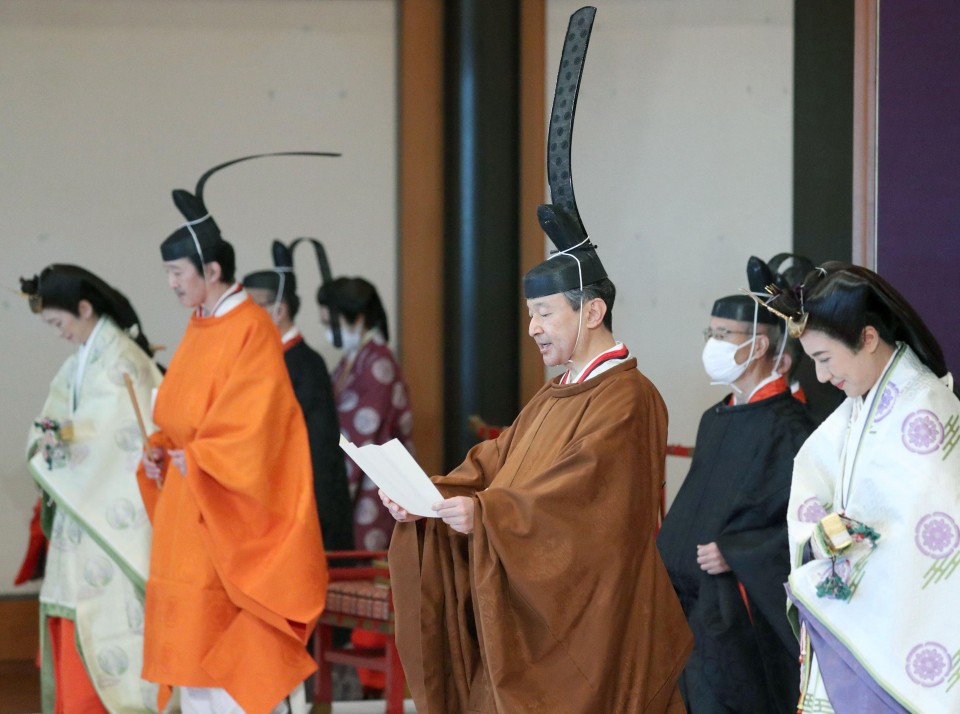 Japanese Emperor Naruhito (C), alongside Empress Masako, on Nov. 8, 2020, addresses a ceremony at the Matsu no Ma stateroom of the Imperial Palace in Tokyo where he formally proclaimed Crown Prince Fumihito (2nd from L) as first in line to the Chrysanthemum Throne. Crown Princess Kiko can be seen at the far left. The ceremony, part of the "Rikkoshi no rei" rituals, had been postponed for seven months due to the novel coronavirus pandemic. (Kyodo) ==Kyodo

Suga's administration has said it would hold discussions on how to secure a stable imperial succession following calls from parliament to address the issue.

The move comes amid concerns that the imperial household could run out of heirs. Currently, only three males are in line to succeed 60-year-old Emperor Naruhito -- his younger brother Crown Prince Fumihito, 55, the crown prince's son Hisahito, 14, and the emperor's uncle Prince Hitachi, 85.

The emperor and Empress Masako have a 19-year-old daughter, Princess Aiko. But the 1947 Imperial House Law states that only males in the paternal line can ascend the Chrysanthemum Throne.

In a Kyodo News poll conducted last year, the public has shown support for women to ascend the throne.