An artist won a damages suit Thursday over a claim that a merchants' association in western Japan copied one of his artworks featuring a telephone booth filled with water and goldfish. 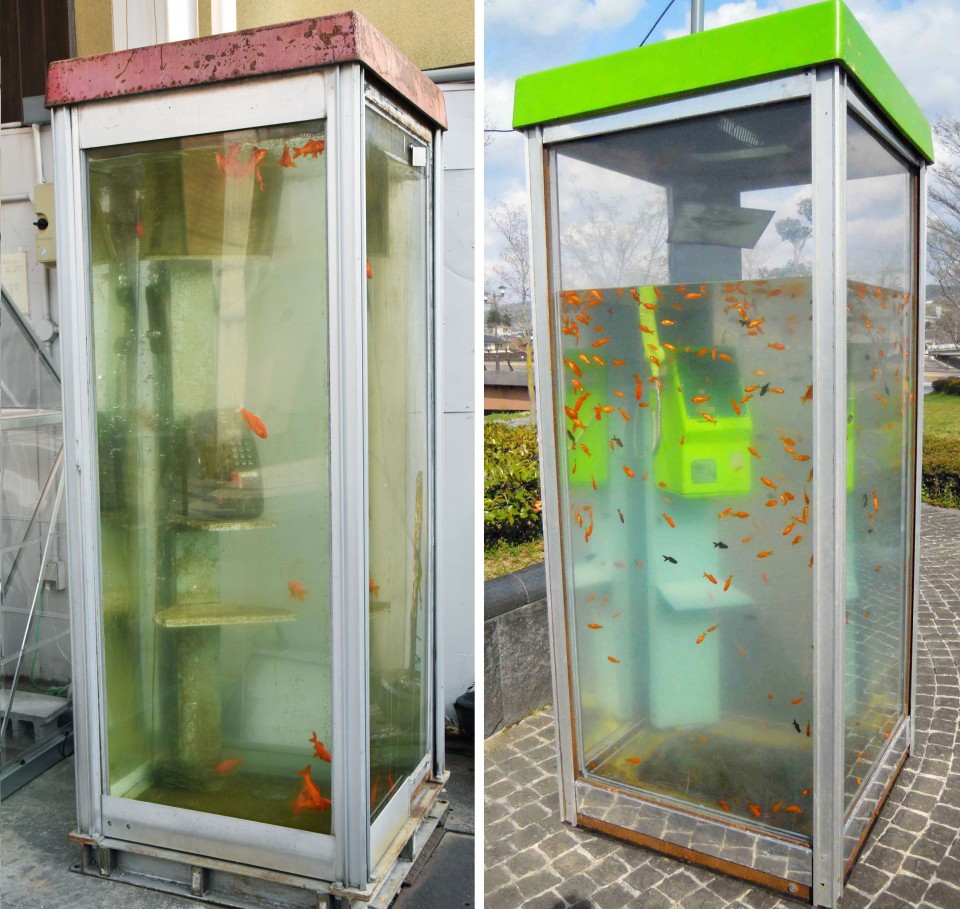 Overturning a lower court ruling, the Osaka High Court ordered the association to compensate Nobuki Yamamoto, a 64-year-old contemporary artist, with 550,000 yen ($5,200) for the copyright infringement and destroy a similar phone booth installation in a city known for its goldfish farms.

The phone booth was installed at a shopping street in the city of Yamatokoriyama, Nara Prefecture, which is known for the cultivation of goldfish, for four years from 2014.

The art piece, created to highlight environmental issues including water pollution, had been displayed in different parts of Japan from 2000, and featured in television and magazines, according to the ruling and other sources.

In handing down the ruling, Presiding Judge Yozo Yamada said the association's action infringed on the artist's copyright.

While Yamamoto's work displayed creativity, the association's version could not be seen as a product of creative thinking but rather a "copy" of it, the ruling said.

"My claim has been completely acknowledged," Yamamoto said at a press conference following the court's decision.

The association claimed that putting goldfish into a phone booth is "nothing but an idea" and not subject to copyright protection.

After the ruling, the group said it will consider whether to appeal.

In July last year, the Nara District Court rejected the plagiarism claim by Yamamoto, who is from Iwaki, Fukushima Prefecture, in northeastern Japan.

The district court said the phone booths "have receivers floating in water as a common characteristic, but apart from that they are different in terms of the color of their roofs and other things."

He filed a damages suit seeking 3.3 million yen in September 2018, and had argued that the one displayed on the street had a similar exterior to his creation and employed the same air bubble-generating system using the phone receiver.

The association removed its version from the shopping street in April 2018 before Yamamoto took legal action.