A Japanese court has rejected a plagiarism claim by an artist who argued a merchants' association in western Japan had copied one of his artworks featuring a telephone box filled with water and dozens of goldfish.

Nobuki Yamamoto, 63, a contemporary artist, filed a damages suit with the Nara District Court last September, seeking 3.3 million yen ($30,500) from the association for displaying a similar phone box installation on a shopping street in Yamatokoriyama, Nara Prefecture, a city known for its goldfish farms.

"(The two telephone boxes) have receivers floating in the water as a common characteristic, but apart from that they are different in terms of the color of their roofs and other things," said Presiding Judge Hiroo Shimaoka in handing down the ruling.

Yamamoto, who lives in Iwaki in the northeastern Japan prefecture of Fukushima, told a press conference he will appeal, adding, "I wanted the artwork to be recognized as my original one." 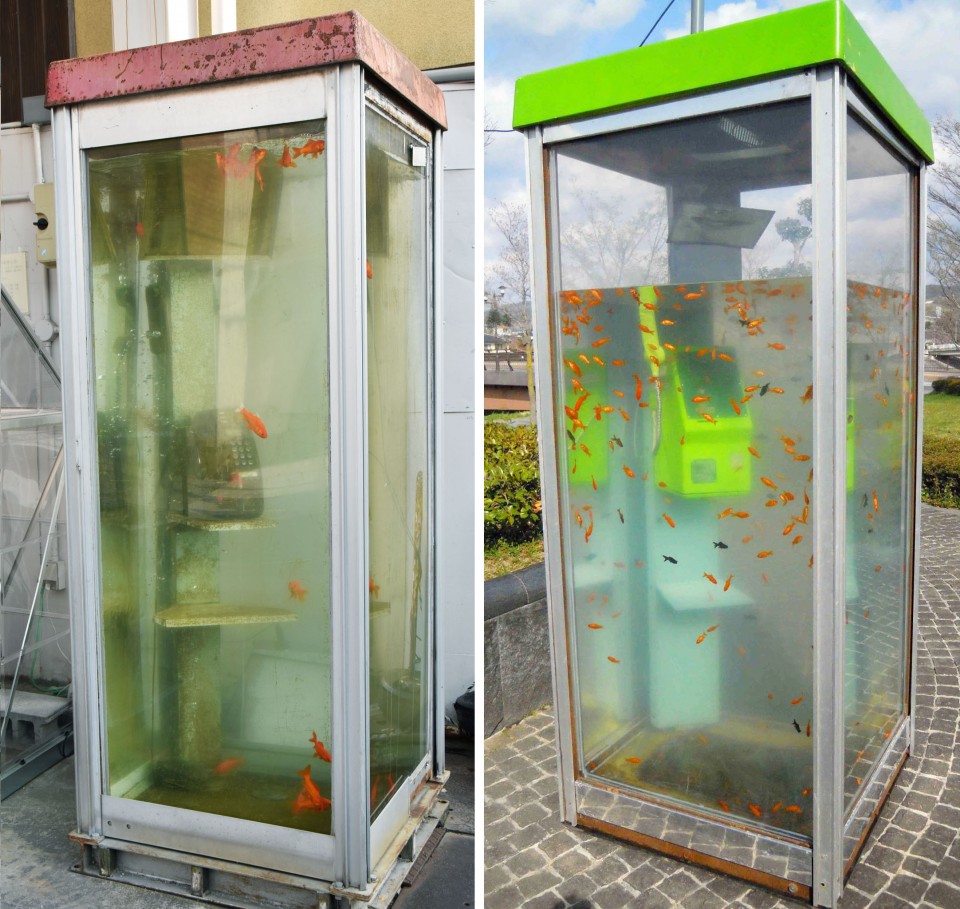 Goldfish-filled phone box to be removed after plagiarism accusation

A lawyer for the association said the ruling is appropriate as it reflects the principle of copyright law.

According to the ruling, Yamamoto created his artwork by around 2000, while a similar phone box was set up in Yamatokoriyama in 2014.

The plaintiff argued the phone booth in Nara infringed his copyright as it has a similar exterior to his creation, and employed the same air bubble-generating system using the phone receiver. 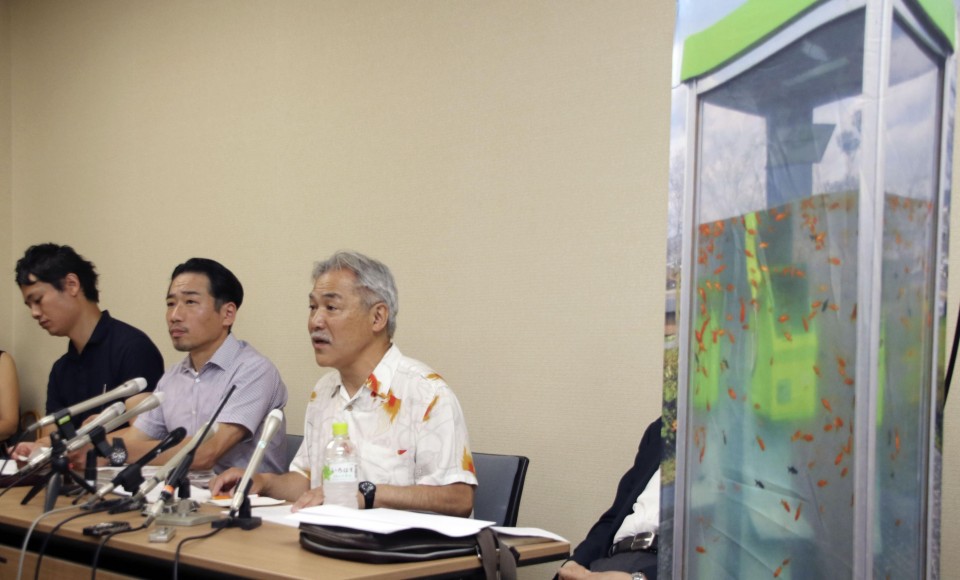 The association countered, saying that putting goldfish into the phone box is "nothing but an idea" and cannot be subject to copyright protection. The association removed its version from the shopping street in April 2018, before Yamamoto took legal action.

Yamatokoriyama is famous for its abundance of goldfish farms, and each August hosts a national goldfish-scooping competition.