An influx of people into Tokyo and three neighboring prefectures slowed down in 2020, apparently influenced by a high number of coronavirus cases reported in the Japanese capital, government data showed Friday.

While people moving into Tokyo still outnumbered those leaving by 31,125, down 51,857 from the previous year, the surplus is the smallest since 2014 when a survey under the current format was first conducted. 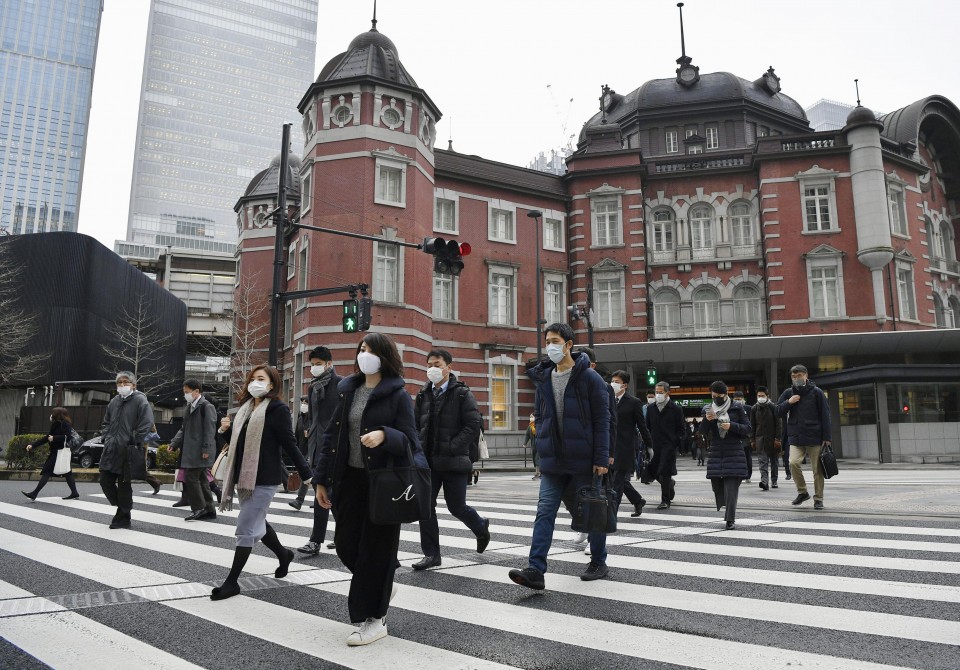 Together with Chiba, Kanagawa and Saitama prefectures, the inflow of people to the metropolitan area surpassed outflow by 99,243, the figure dropping from 148,783 in the previous year.

According to statistics released by the Ministry of Internal Affairs and Communications, the inflow of people to Tokyo exceeded the outflow in March by 40,199, but the outflow rose and inflow fell since April, when the government declared its first state of emergency to stem the spread of COVID-19 infections.

Many people move in March in Japan for jobs and schools as the country's fiscal and academic years start in April.

In a six-month period to December, the outflow surpassed inflow every month in Tokyo, where the highest number of infections has been confirmed among the country's 47 prefectures, according to the data.

Although many people who moved out of Tokyo last year remained in the neighboring prefectures, some economists predict the trend of relocating to rural areas will be intensified as teleworking has become a widespread practice in the country.

"Over-concentration of people in Tokyo will be eased as a result of the acceleration of the trend," he said.

The Tokyo metropolitan area saw migration losses in a total of four months -- July, August, November and December -- when the region was hit by waves of infection surge, which stagnated the movement of people across the country.

The margin of decrease in migration surplus in the region was the largest in recent years, eclipsing the fall of 34,235 recorded in 2009, when the economy slumped due to the global financial crisis.

The government aims to balance inflow and outflow of population in the Tokyo area by fiscal 2024, while the former surpassed the latter in 2020 for the 25th year in a row.

By prefecture, inflow outnumbered outflow in Shiga, Osaka, Fukuoka and Okinawa, in addition to the four in the capital region, while 39 other prefectures posted a migration loss, the data showed.

The ministry has included data on foreign residents since 2014 in the statistics on inter-municipality migration that is released around January every year.