A man in his 20s, who has no travel history, was confirmed to have contracted the virus variant and is recovering in isolation, the office of the state governor said in a press release. 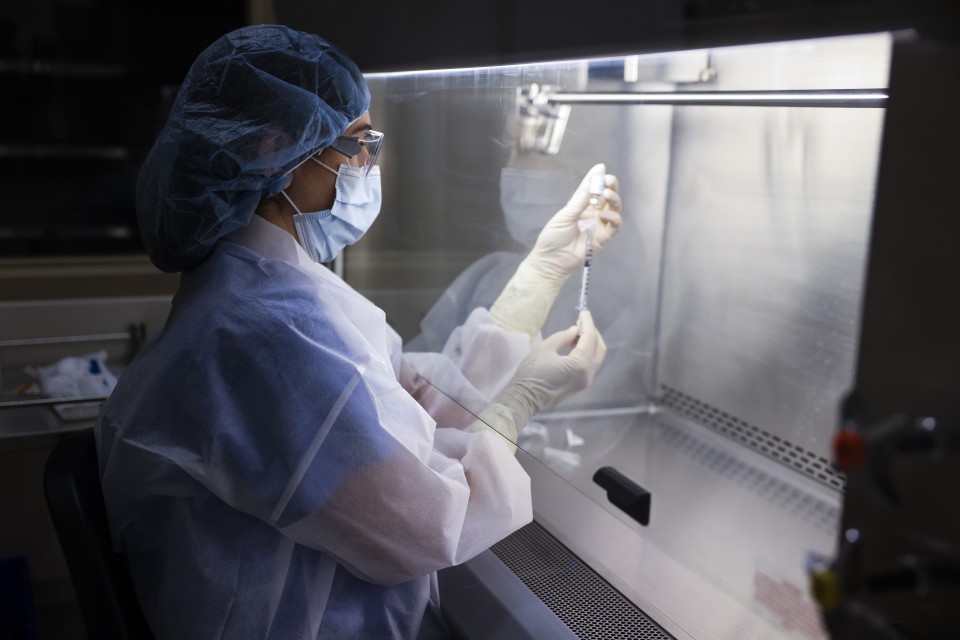 An investigational pharmacy technician prepares a dose of the Johnson & Johnson COVID-19 vaccine for a clinical trial in Aurora, Colorado.(Getty/Kyodo)

"The individual has no close contacts identified so far, but public health officials are working to identify other potential cases and contacts through thorough contact tracing interviews," it said.

"There is a lot we don't know about this new COVID-19 variant, but scientists in the United Kingdom are warning the world that it is significantly more contagious," Gov. Jared Polis said, adding that authorities are working to contain the virus "at all levels."

The announcement is another blow to a country that has already suffered the highest number of coronavirus cases and deaths in the world.

President-elect Joe Biden said Tuesday that the administration of President Donald Trump is falling "far behind" in its current plan to distribute coronavirus vaccines and warned that the next few weeks and months may become the toughest in the fight against the pandemic.

The Trump administration has been working to vaccinate 20 million people by the end of December, with regulators approving two types of vaccines earlier this month.

But Biden said, "With only a few days left in December, we have only vaccinated a few million so far." According to data from the Centers for Disease Control and Prevention, more than 2 million people have received the first shot of their two-dose vaccines.

If the current pace of the vaccination program continues, it will "take years, not months, to vaccinate the American people," Biden added. The United States has a population of some 330 million.

While vowing to beef up efforts to bring the pandemic under control once he takes office on Jan. 20, the president-elect also expressed strong concerns that travel and gatherings during the Christmas and New Year holidays could produce soaring case counts and deaths in the coming months.

"Turning this around is going to take time. We might not see improvement until we're well into March, as it will take time for our COVID response plan to begin to produce visible progress," he said.

Biden plans to require masks in federal buildings and interstate travel on planes, trains and buses while working with governors and mayors to implement mask mandates in their states and cities.

He also said he will use his presidential power to order private industry to accelerate the making of materials needed for vaccines and protective gear.

In the United States, more than 19.4 million people have been infected and 336,000 have died in the pandemic, according to a Johns Hopkins University tally. Daily deaths are averaging around 2,200.

Republican Trump has been out of public view for most of the time since losing to Democrat Biden in the Nov. 3 presidential election and much of his attention seems to be on what are widely believed to be his futile efforts to overturn his defeat.