Saturday's figure is the largest since the record 822 was confirmed on Thursday. Total cases in December so far have surpassed the 9,857 cases for the full month of November, with the cumulative figure at more than 50,000.

More than 2,900 new cases were confirmed nationwide Saturday with record infections reported in Saitama and Okayama prefectures, bringing the cumulative total close to 200,000. 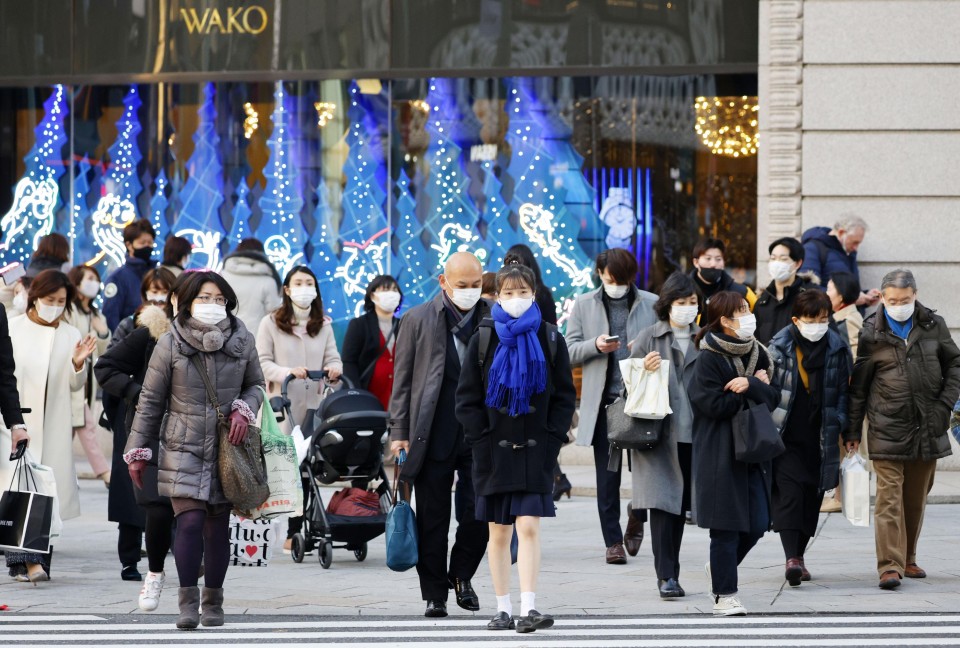 Japan's seven-day rolling average of new coronavirus cases stood at 2,653 as of Saturday, more than double the 1,321 logged for the week through Nov. 13 when the "third wave" began.

The average daily death toll has quadrupled to 41 from 10 during the same term, heightening concerns about the strain on the nation's medical system.

Tokyo and Osaka make up around a third of the country's total infections, while a number of prefectures such as Kanagawa, Saitama and Aichi have been experiencing record numbers of new cases in the past week.

"We're seeing a surge in numbers in prefectures that previously didn't have many infections, including Miyagi and Hiroshima," Takaji Wakita, head of a government panel of experts, said during a meeting on Wednesday.

The government said Monday it will halt the nationwide "Go To Travel" subsidy campaign, aimed at spurring an economic recovery through domestic tourism, from Dec. 28 to Jan. 11, as the pandemic is showing no signs of abating. Travel subsidies for trips to Nagoya and Tokyo, which have seen a sharp rise in infections in recent weeks, were suspended on Wednesday and Friday ahead of the nationwide halt.

Airports and tourist destinations had relatively few tourists following the suspension of the travel subsidy campaign for Tokyo and Nagoya. Nonetheless, there were still crowds in busy shopping areas ahead of Christmas.

Nagoya TV Tower, a broadcasting tower in Aichi Prefecture, just completed renovations in September and recently reopened for tourists. But the structure has been hard hit by cancellations of group tours.

"The surge in infections has greatly affected us," an official of Nagoya TV Tower said. 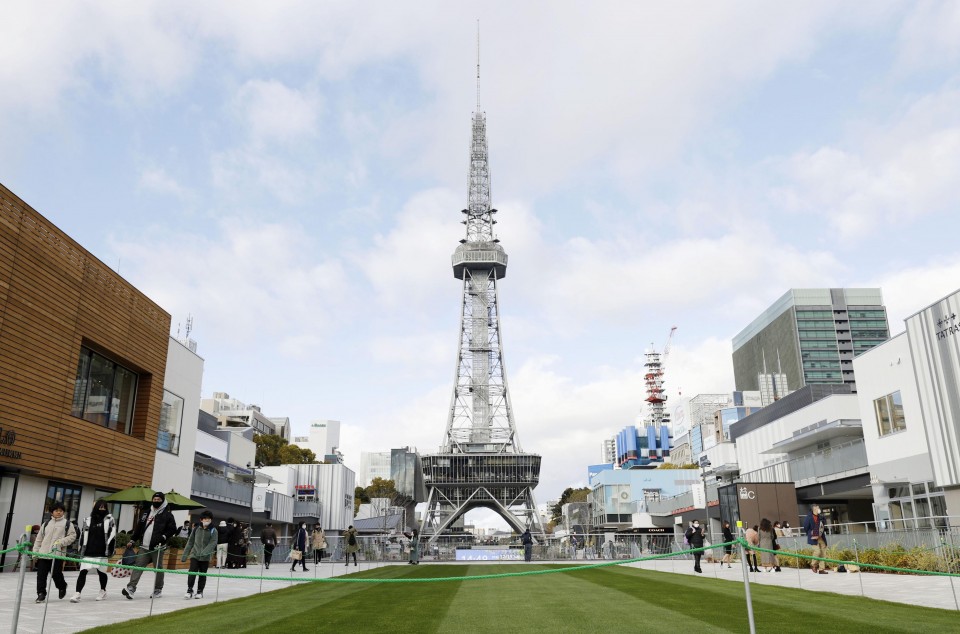 Fewer people than usual walk near Nagoya TV Tower on Dec. 19, 2020, the first weekend after the central Japan city was suspended from the Japanese government's travel subsidy program on Dec. 14 amid an unabated rise in coronavirus infections. (Kyodo) ==Kyodo

Masahiro Hara, 74, who takes daily walks around Tokyo's Shibuya shopping district, said the number of tourists has obviously dropped but he still sees many people coming to the area ahead of Christmas.

"I don't think the number of infections will drop," he said.

The Tokyo metropolitan government on Thursday raised its alert regarding the strain on the medical system to the highest of four levels. It is the first time the most severe level has been reached since the outbreak of the virus.