A government panel on Thursday proposed in a draft plan to reduce court procedures to help victims of cyberbullying seek to identify individuals who made defamatory posts in a swifter way. 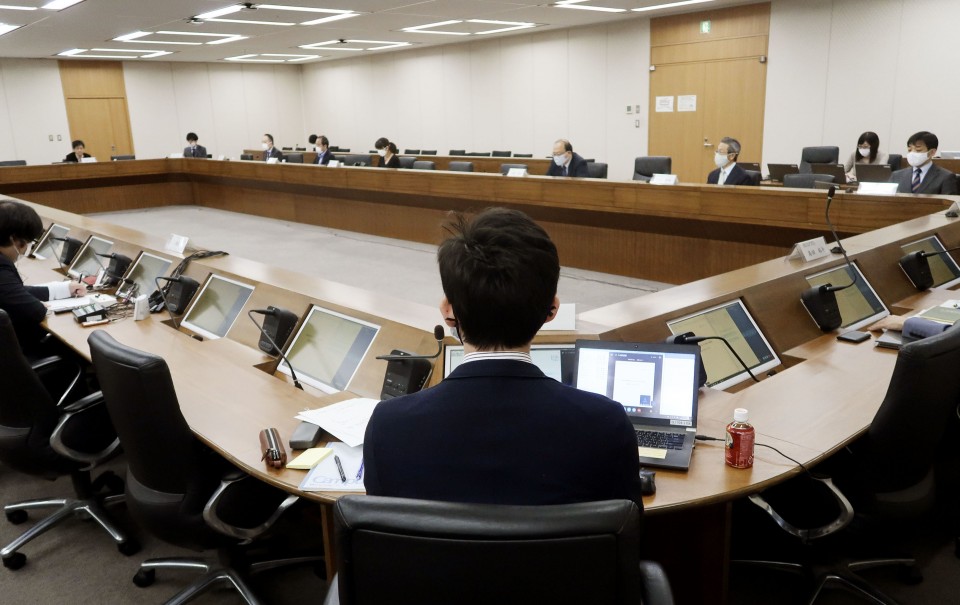 A government panel on cyberbullying is held on Nov. 12, 2020 in Tokyo.(Kyodo)

The new procedures will reduce time and costs, allowing such victims to go through just one court proceeding to ask for the release of information of online harassers such as their names and phone numbers, a panel of the communications ministry said.

Under the current law, people in general must go through multiple court proceedings before they can identify individuals who make hateful posts, and many give up.

The Japanese government has been seeking to bolster measures to counter online abuse, particularly after the death earlier this year of a cast member of popular Netflix reality show "Terrace House" who was subjected to a barrage of hateful messages on social media.

The draft plan comes despite concerns by some panel members over the potential infringement on freedom of expression.

The plan stipulates that the original poster will be able to appeal a court's decision and will also prohibit the same case to be reviewed multiple times. A court decision should take into account the posters' rights to defend their opinions.

The draft plan also demands setting up guidelines regarding under what conditions such information should be disclosed to ensure transparency in a court decision.

The government will invite the public to offer opinions on the draft plan, which will be finalized by the end of the year. The government plans to submit it to next year's ordinary parliamentary session.

Calls for legal changes regarding cyberbullying have been growing after Hana Kimura, 22, the reality show cast member, was found dead in a suspected suicide in May after becoming a target of hateful messages on social media.

The female professional wrestler had posted a picture of herself on Instagram with the words "I'm sorry" shortly before her death was confirmed.

The ministry received more than 5,000 complaints about online abuse including defamation in fiscal 2019, about a fourfold jump from fiscal 2010.