The mother of a cast member of popular reality TV show "Terrace House" who apparently committed suicide said Thursday she plans to pursue charges against those responsible for cyberbullying her daughter.

Kyoko Kimura attended a working-group meeting on cyberharassment of the Liberal Democratic Party, telling ruling lawmakers that she intends to identify people who made defamatory posts against her daughter on social media. 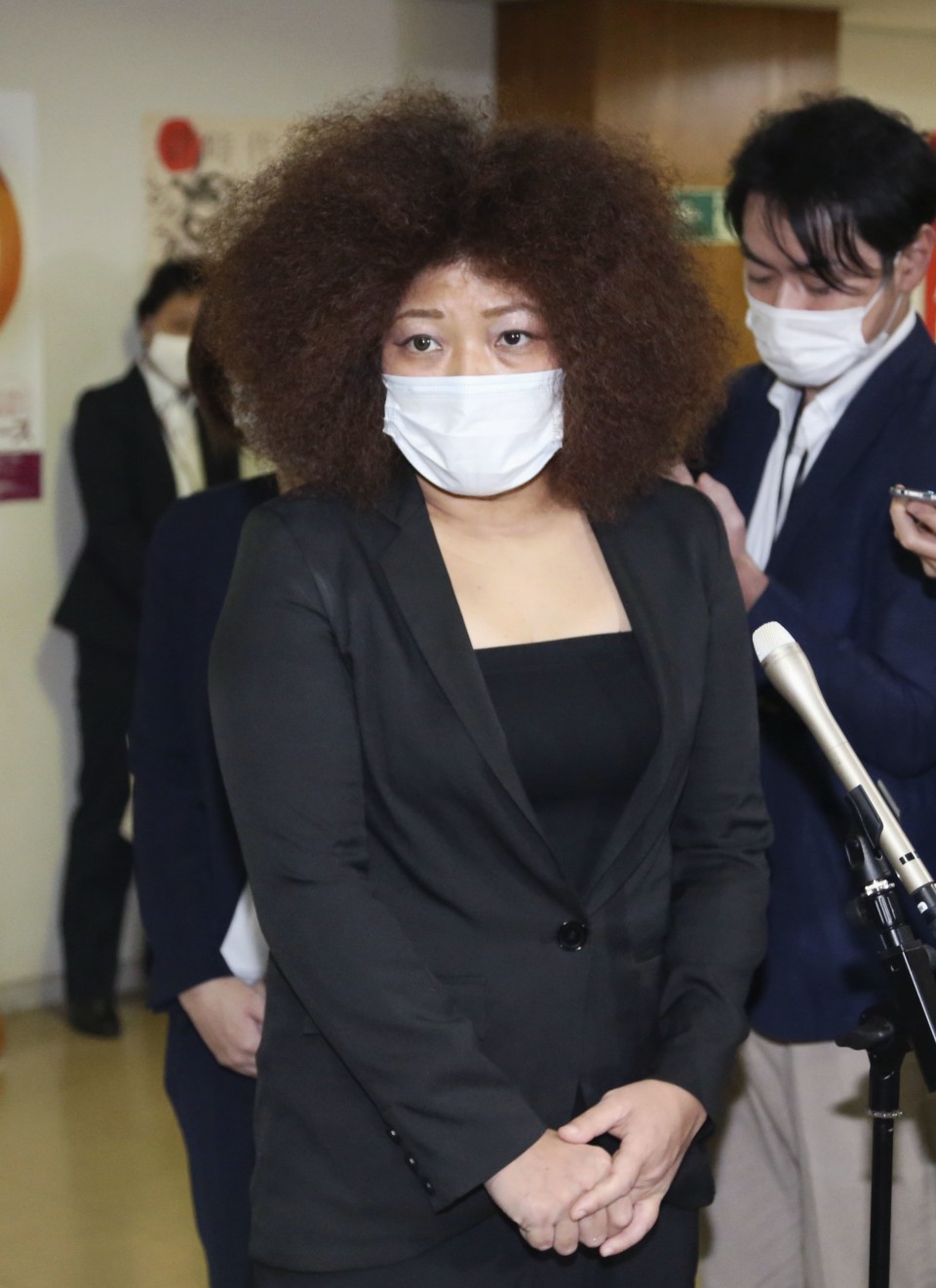 Kyoko Kimura speaks to reporters after attending a working-group meeting on cyberharassment of the Liberal Democratic Party on Aug. 6, 2020. (Kyodo)

Hana Kimura, a 22-year-old professional wrestler, was found dead at her apartment in Tokyo in May.

Fuji Television, which produced the show, said last week its in-house probe had found that the cast member engaged in self-harm after a scene in a late March episode in which she lost her temper triggered cyberbullying against her.

Her mother spoke to reporters following the meeting, which was closed to the press. "The suffering of mental abuse is only known to the person who receives it," she said.

She said she told the lawmakers of complex legal procedures to identify cyberbullies and of the need for moral education for internet users and adherence to rules.

Under Japanese law, people in general must go through multiple court proceedings before they can identify such offenders, and many give up.