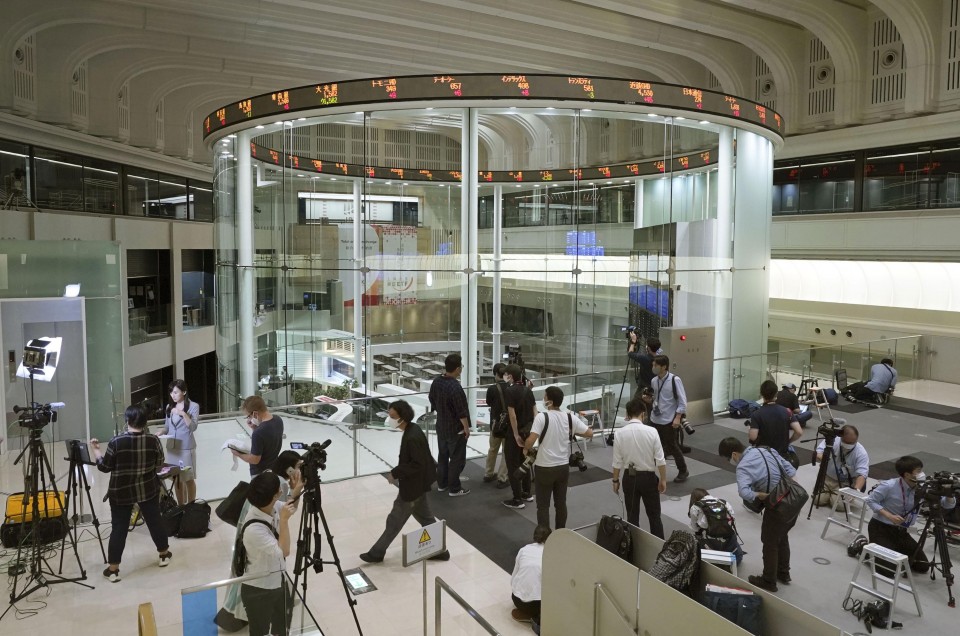 Photo taken Oct. 2, 2020, shows the Tokyo Stock Exchange. The bourse reopened normally the same day after trading in all shares was halted for the whole session the previous day due to a system glitch. (Kyodo) ==Kyodo

Tokyo Stock Exchange Inc. President and CEO Koichiro Miyahara resigned on Monday to take responsibility for a system failure in October that caused an unprecedented full-day trading suspension at the bourse.

His resignation was announced just after Japan's financial watchdog issued a business improvement order to Tokyo Stock Exchange and its parent company.

With the order, the Financial Services Agency added to pressure on the bourse operator and its owner, Japan Exchange Group Inc., to take steps to restore international trust following the Oct. 1 disruption, the worst in the history of the Tokyo market, where about 3 trillion yen ($29 billion) is traded daily.

At a press conference, JPX CEO Akira Kiyota said his monthly salary will be halved for four months and pledged to prevent any recurrence of such failures.

"We take the business improvement order very seriously," Kiyota said, adding he will tentatively double as the TSE chief from Tuesday. "There were vulnerabilities in how to resume trading."

While two other executives were also given pay cuts of up to 20 percent for four months, Kiyota said JPX has no plans to seek compensation for damages from Fujitsu Ltd., developer of the "arrowhead" trading system.

"But we want Fujitsu to fully commit to building a secure and resilient system," Kiyota said.

The directive calling for measures to prevent recurrences came at a time when Prime Minister Yoshihide Suga is trying to bolster Japan's status as a global financial hub while making efforts to attract more investment from abroad.

"As the business improvement order was issued, we want (the TSE) to make efforts to secure people's trust in Japanese markets by taking thorough measures based on it," Chief Cabinet Secretary Katsunobu Kato said at a regular news conference.

He added regaining trust in the trading system is "very important" also for Japan to bolster its status as an international financial center. 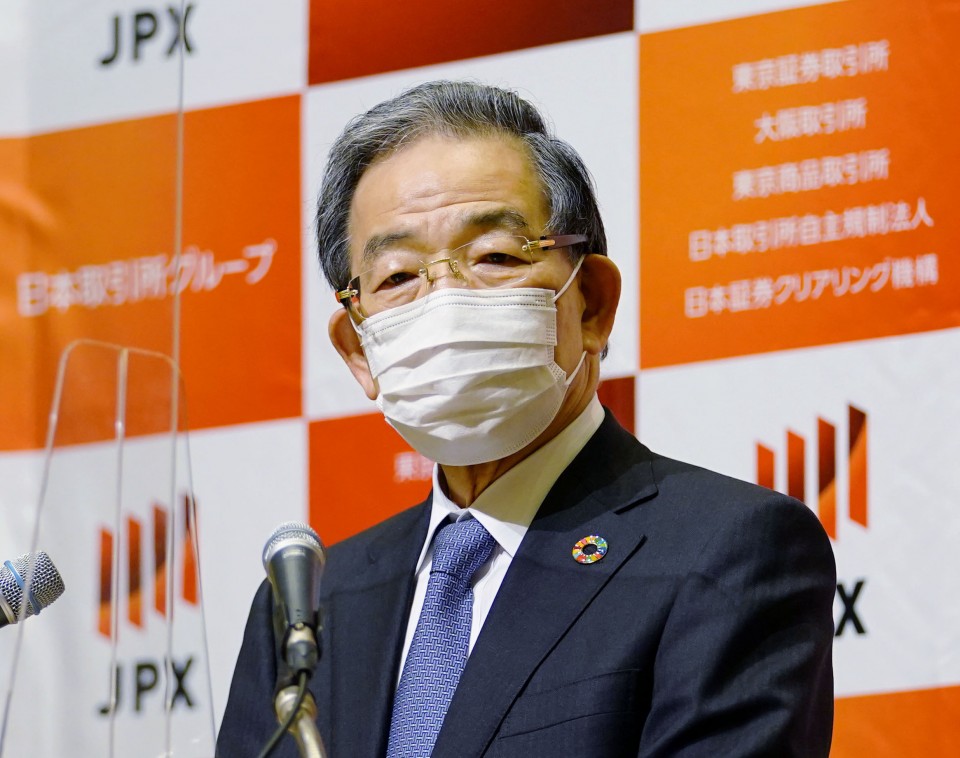 The order demanded that the two companies clarify their responsibility for the problem and submit plans on how they will improve their operations.

The agency said it will regularly check on the progress made based on the plans. The TSE and JPX will submit their reports once a month until next March.

FSA officials told a press conference that the order had to be issued given the magnitude of the impact that the failure had on Japan's capital markets.

Before issuing the order, the agency looked into reports submitted by the exchange group and conducted on-site inspections from Oct. 23 at the two companies.

The full-day shutdown, the first since the Tokyo bourse's trading was completely computerized in May 1999, stopped dealing in all equities listed on stock exchanges in Sapporo, Nagoya and Fukuoka.

It is the fourth time that the financial watchdog has given such an order to the TSE. The last one was issued in August 2012 following a system glitch in that month that led to a temporary suspension of all derivatives trading on the bourse.

The latest shutdown was caused by a settings error, which prevented an automatic backup from activating after a memory failure in the TSE's trading system. The shutdown also betrayed the TSE's inability to resume trading promptly in the event of an unexpected occurrence.

The settings mistake was blamed on an outdated manual provided by Fujitsu, but the TSE has said it was responsible for the outage as the market operator.

As one of its preventive measures, the bourse has set up a panel of market professionals to craft new rules by March on how to resume trading in the wake of a serious shutdown.

A panel of the JPX's outside directors that has probed the cause of the disruption said in its report disclosed Monday that the bourse was not sufficiently prepared for unexpected problems and warned against having a "brain freeze."

As for mid- and long- term measures, the panel proposed that the exchange group increase its IT-related investments.

"We want (TSE and JPX) to have a strong sense of pressure that they are managing the (Japanese) stock markets almost exclusively," Hideaki Kubori, a lawyer and chairman of the panel, said at a press conference.