China hopes the two countries will "uphold the spirit of non-conflict, non-confrontation, mutual respect and win-win cooperation," Xi said in a congratulatory message to Biden, according to the official Xinhua News Agency.

Beijing had initially remained mum on the U.S. presidential race, saying earlier this month that it would issue a statement "in accordance with international practice," although leaders of many other nations held telephone talks with Biden. 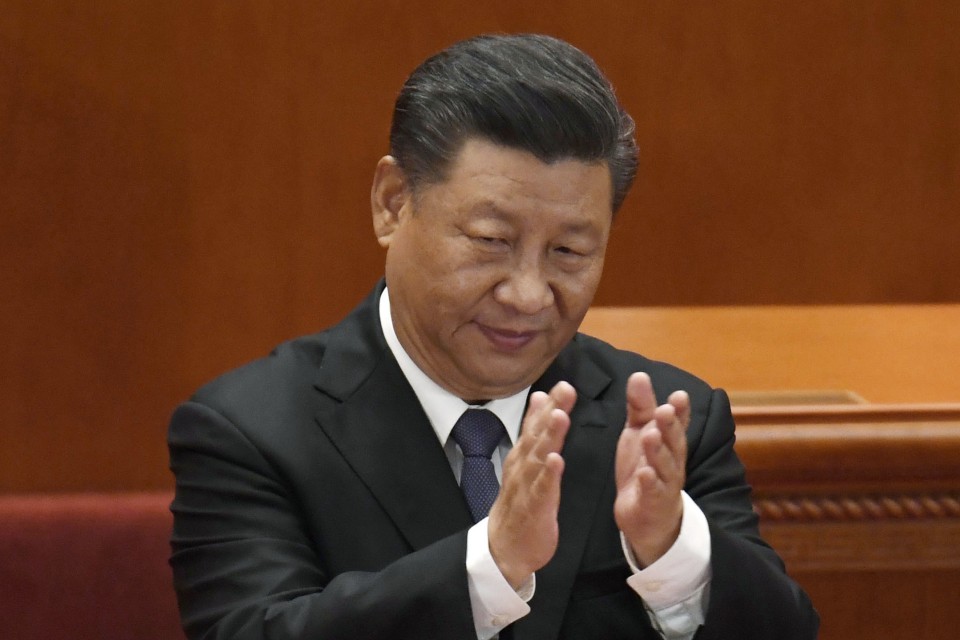 Chinese President Xi Jinping claps at the Great Hall of the People in Beijing on Oct. 23, 2020. (Kyodo)

On Nov. 13, China finally acknowledged Biden's victory, with its tensions with the administration of Republican incumbent Donald Trump intensifying over several economic and security matters.

Expectations are mounting that China will try to improve ties with the United States under Biden, who is likely to take a softer approach to China than Trump, some foreign affairs experts say.

Under the Trump administration, relations between the world's two major powers have been deteriorating as China and the United States have been divided over issues such as trade, cutting-edge technology, the South China Sea, Hong Kong and Taiwan.

Xi's leadership has called on Trump to stop taking actions that would further damage Sino-U.S. ties.

Washington switched its diplomatic recognition from democratic Taipei to communist Beijing in 1979, but Trump has been attempting to get closer to the self-governed island, irritating the mainland.

China and Taiwan have been governed separately since they split during a civil war in 1949.

Chinese Foreign Minister Wang Yi has recently said Sino-U.S. relations have sunk to the "worst level" since the normalization of diplomatic ties, while Trump has been boosting cooperation with Taiwan, which the mainland regards as a renegade province.