The Tokyo District Court on Tuesday granted bail for lawmaker Anri Kawai, who has been indicted on a charge of vote-buying during her House of Councillors election campaign last year.

Kawai, who was arrested in June with her husband Katsuyuki, a former justice minister who is a member of the House of Representatives, paid 12 million yen ($114,000) in bail.

Prosecutors have appealed the court decision. It was the fifth request Kawai's lawyer had filed for her release on bail.

Kawai, 47, is accused of conspiring with her 57-year-old husband to violate the election law by handing out cash to five individuals in Hiroshima Prefecture to reward them for securing votes for her in the July 2019 election. 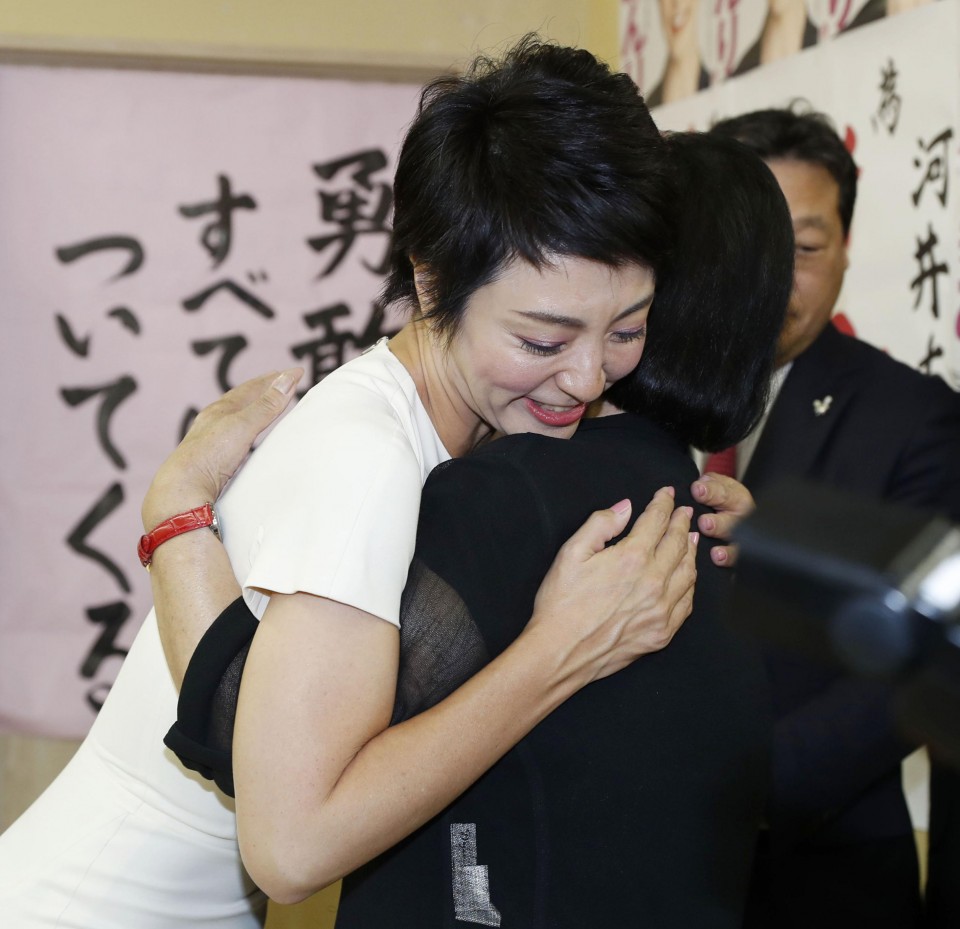 They have been held at the Tokyo Detention House since their arrests.

In the first hearing in August of what was initially their joint trial, Anri Kawai and her husband both pleaded not guilty.

But she has been tried separately from the former justice minister since September after he fired his lawyers and hearings in his case were suspended.

According to the indictment, Katsuyuki Kawai handed out about 29 million yen to 100 people including local politicians between March and August last year with the intention of securing votes for his wife. His four requests for bail have all been rejected.