The Tokyo District Court on Wednesday denied bail requests from former Justice Minister Katsuyuki Kawai and his lawmaker wife Anri, who have been indicted on charges of vote buying during the latter's campaign to be elected to Japan's upper house last summer.

Kawai, a House of Representatives member, and his wife filed their third requests to be released on bail on Tuesday after pleading not guilty at the first hearing of their trial at the district court.

They have been held at the Tokyo Detention House since their June 18 arrests. Their previous two requests were also rejected. 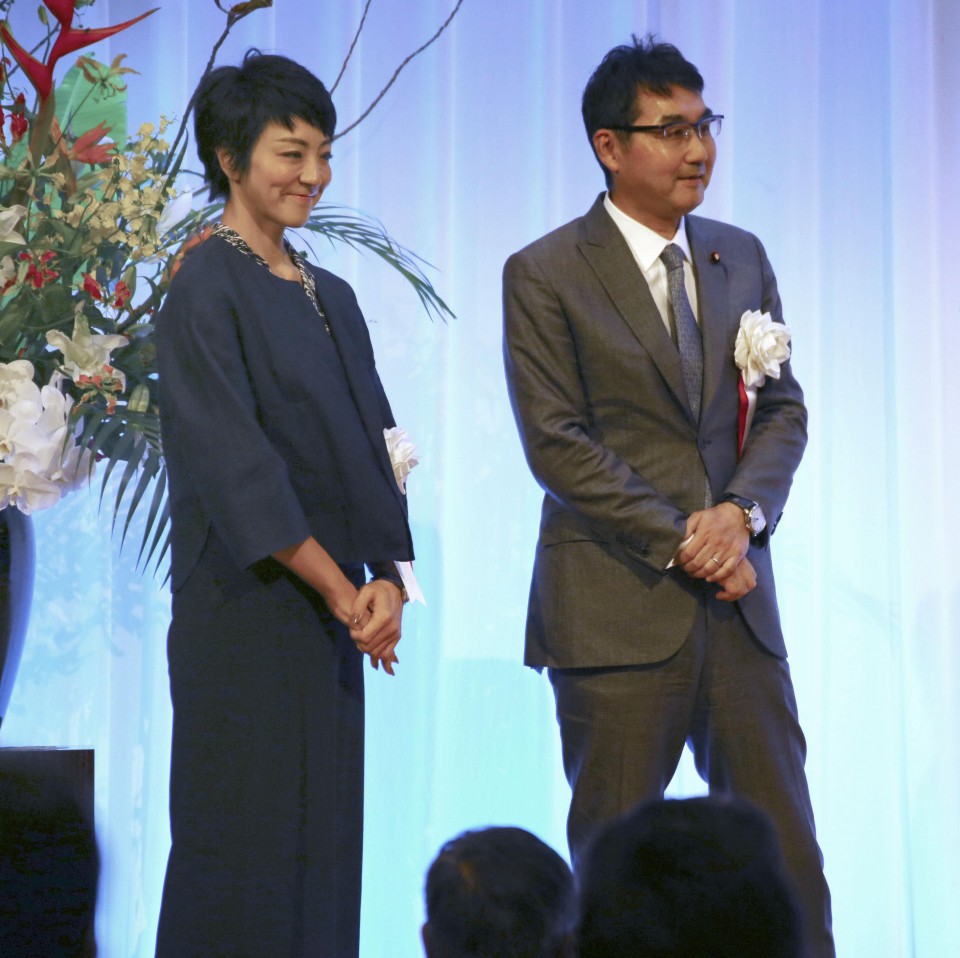 Katsuyuki Kawai (R) and his wife Anri take the stage during a political fundraising party in Hiroshima on Sept. 23, 2019. The lawmakers were arrested on June 18, 2020, on suspicion of giving out cash to local politicians and supporters during the wife's 2019 upper house election campaign. (Kyodo)

Katsuyuki Kawai has been indicted on charges of violating the election law by handing out cash to politicians and supporters in Hiroshima Prefecture to reward them for votes secured in the campaign to get his wife elected in July 2019. Anri is accused of conspiring with him over some of the payments.

While the Public Offices Election Law urges courts to swiftly deliver rulings on election-related allegations, typically within 100 days from the indictment, the trial is expected to take longer due to the large number of witnesses that are set to be called.