The tram has "sasara" bamboo brushes attached to the front and back. The brushes rotate up to 255 times per minute, sweeping like a broom to blow away snow and ice on the tracks. 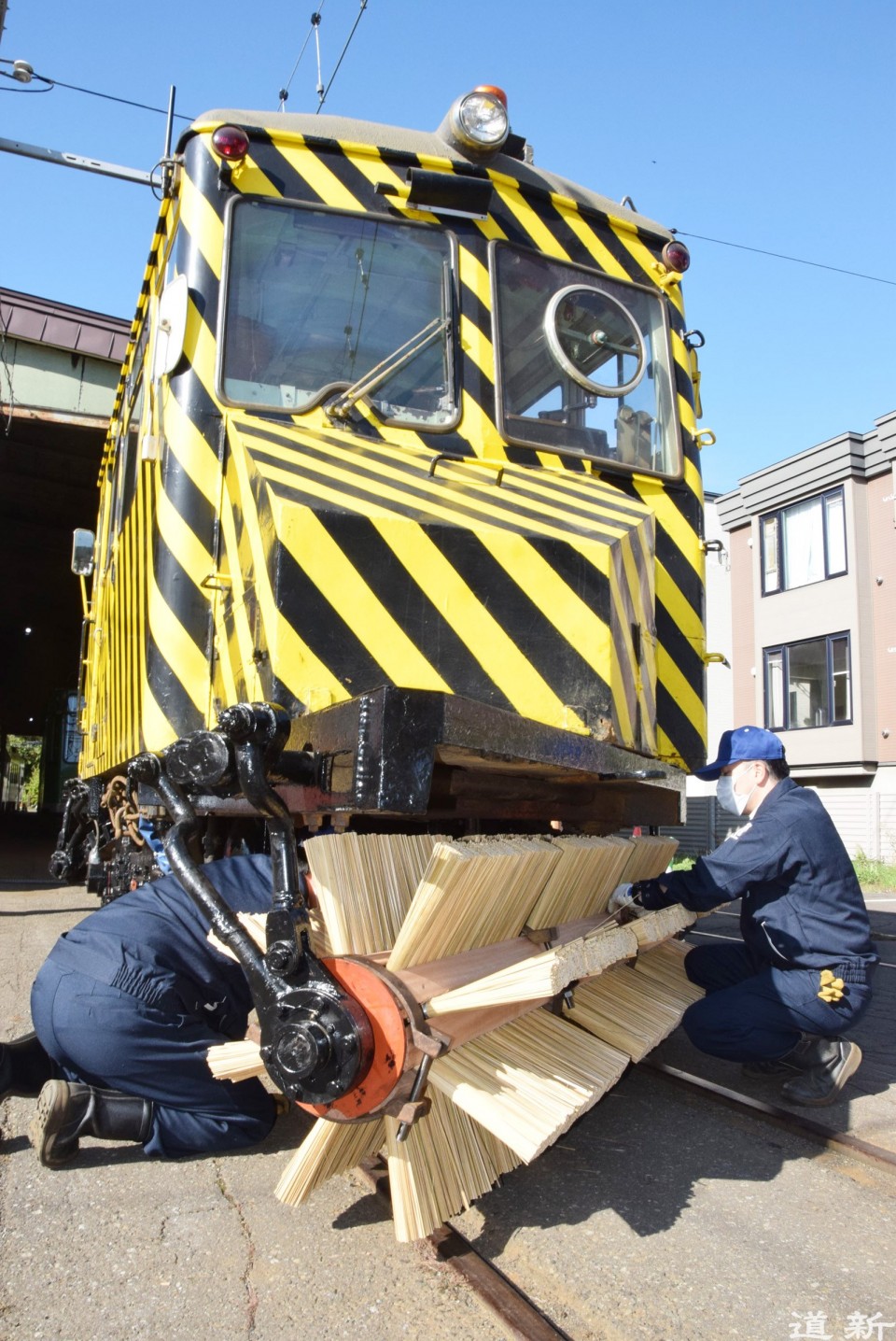 Workers at the bureau used hammers and other tools to carry out maintenance on one of the four cars on Oct. 11. They attached roughly 400 bundles of finely chopped bamboo to the front of the tram, rotating them to confirm a smooth operation.

The guideline for dispatching the tram is when five to seven centimeters of snow have settled on the tracks. It normally goes into operation every year from mid-November and last year was sent out on Nov. 15.

The city plans to fit the remaining three cars by mid-November.