KUTCHAN/NISEKO, Japan - A number of ski resorts in the popular Niseko area in northern Japan's Hokkaido are set to delay the start of their operations for this winter season due to the lack of foreign visitors amid the continued novel coronavirus pandemic.
The Niseko Mt. Resort Grand Hirafu (Kutchan), the area's largest ski resort, is slated to begin this winter's operations from Dec. 5, about two weeks later than usual, while some other ski resorts are planning to downsize their operations and hire fewer staff members.
Since the 1990s, Grand Hirafu has set its winter season opening date around Nov. 23 every year. With about 70 percent of its visitors coming from overseas in a typical year, the company said it expects the total number of visitors this winter "may fall to about 20 percent to 30 percent of the usual number." 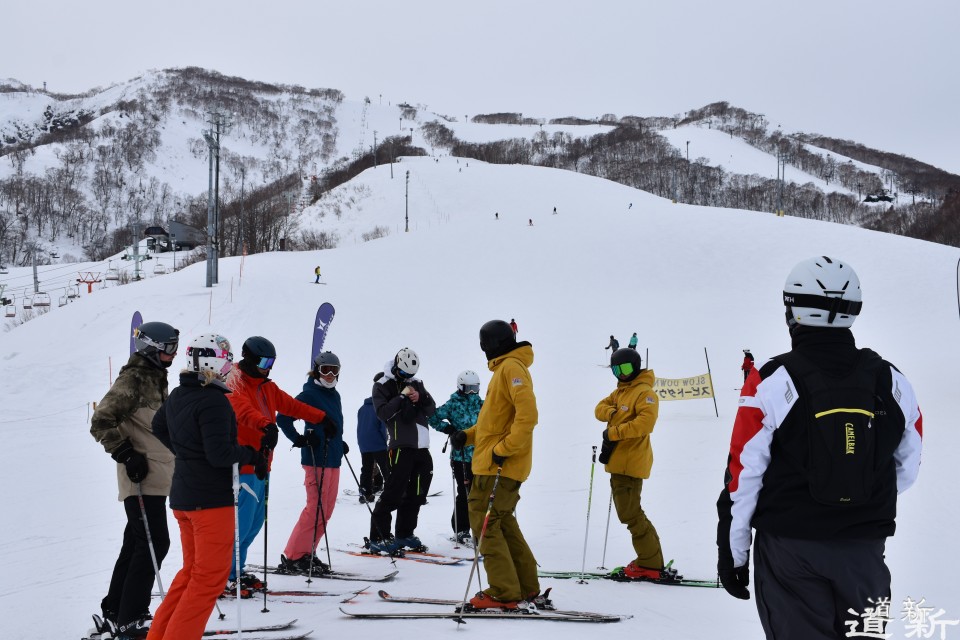 As a result, the resort will reduce the number of staff employed during the ski season from about 500 last winter to about 300, and slash the number of ski lifts in operation to seven out of 12. The number of restaurants in the ski resort will be halved, and piste areas open for nighttime skiing from Dec. 19 will be reduced to half the usual size.
"All we can do is to hunker down and wait this winter out," said a representative of the resort's operator Tokyu Resorts and Stays Co.
Similarly, Niseko Moiwa Ski Resort (Niseko), operated by a Singaporean company, will push back it's opening to Dec. 19, about three weeks later than usual. As foreign tourists normally make up about 70 percent to 80 percent of the resort's sales in winter, the company hopes the delay will help reduce operation costs. It will also offer its season tickets at half price or less, in the hopes of attracting domestic visitors during peak season.
Meanwhile, Niseko Hanazono Resort (Kutchan), run by a Hong Kong company, is slated to open Dec. 5. It will reduce its number of staff members for the winter season from about 250 to less than 150. Niseko Village (Niseko), operated by a Malaysian company, will open Dec. 1 and offer room rate discounts to lure Japanese visitors this winter.
On the other hand, the Niseko Annupuri International Ski Area (Niseko), run by Chuo Bus Kanko Shoji Co., is scheduled to start operations for the winter season on Nov. 28, the earliest in the area.
As about 60 percent of Annupuri's visitors are Japanese, at a ratio higher than other ski resorts in the area, the company plans to maintain the number of employees and ski lift lanes at approximately the same levels as usual.