Badminton: World No. 1 Momota, 14 other Japanese to skip Denmark Open

An association source said the players' teams requested the withdrawals from the event starting Oct. 13 due to their concerns over increasing novel coronavirus infections in Europe.

The tournament will be the first on the world tour since March's All-England Open. The Denmark Open was to be Momota's competitive return after the 26-year-old suffered a broken right eye socket in a fatal car accident on Jan. 13, the morning after he won the Malaysia Masters championship. 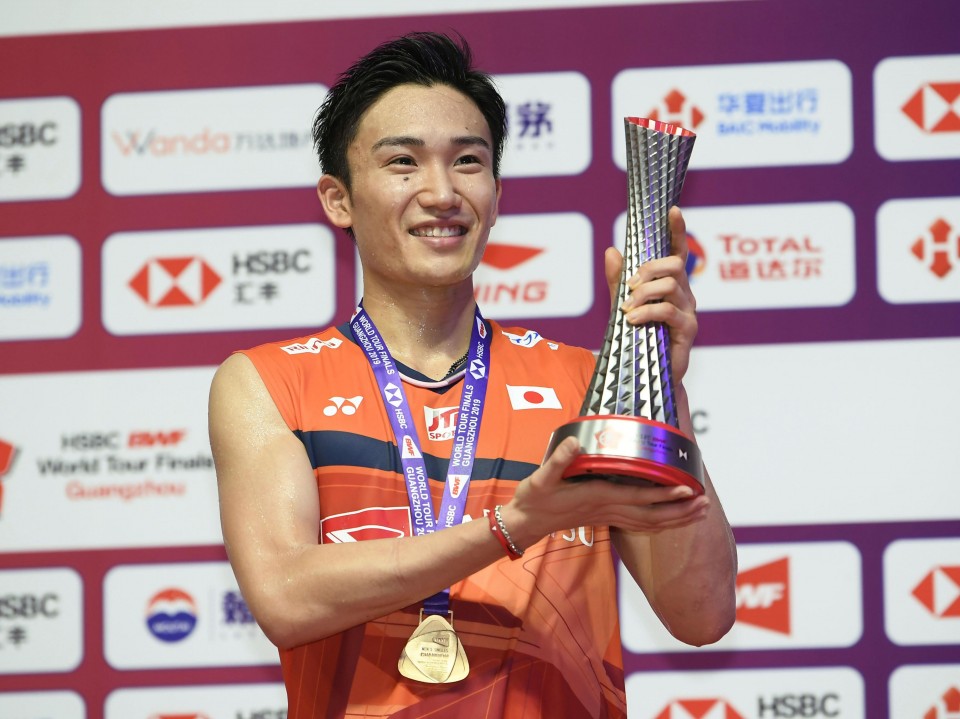 Kento Momota of Japan poses with the victor's trophy after beating Indonesia's Anthony Ginting in the men's singles at the badminton World Tour Finals in Guangzhou, China, on Dec. 15, 2019. (Kyodo)

With no more international tournaments this year, Momota's first tournament back is now expected to be Japan's national championships in December.

Nozomi Okuhara, world No. 4 in women's singles, and Kenta Nishimoto, ranked 16th in men's singles, are among eight Japanese players expected to compete in Denmark.

Three women's doubles pairs are also expected to compete: the world No. 2 pair of Yuki Fukushima and Sayaka Hirota, the third-ranked pair of Mayu Matsumoto and Wakana Nagahara, and 12th-ranked Nami Matsuyama and Chiharu Shida.