North Korea on Saturday staged a predawn military parade in Pyongyang to show off its cutting-edge intercontinental ballistic missile on the 75th anniversary of the founding of the ruling party, in a rare move amid the coronavirus pandemic, state-run television broadcasted.

At the nation's first military parade in two years, North Korea displayed what appears to be new types of ballistic missiles, including what analysts say is the highest-level ICBM, carried on a launch vehicle with 11 wheels on one side. 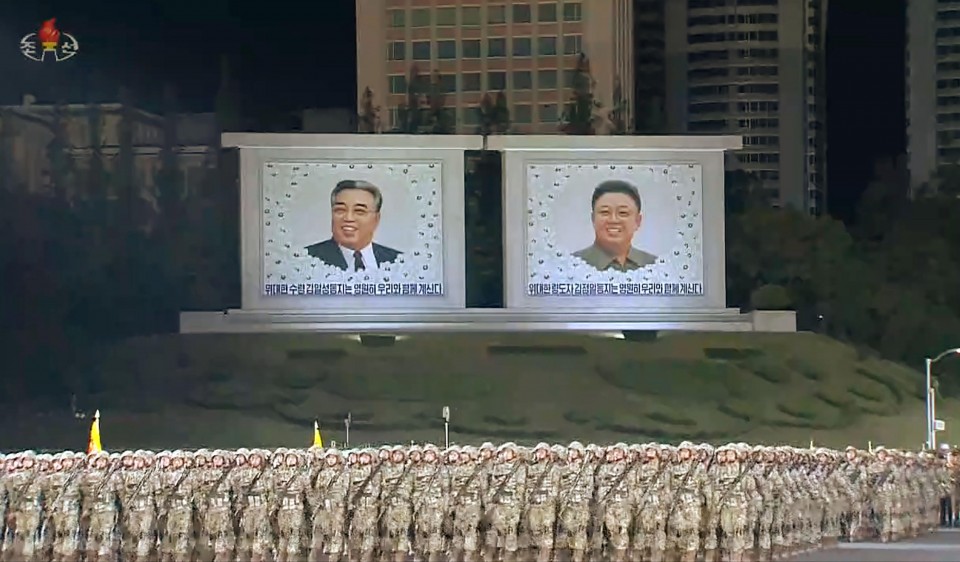 The official Korean Central News Agency reported later in the day that the parade began around the start of Saturday local time with "unsparing compliment and welcome by citizens of Pyongyang," adding it will be "recorded in the history of the country."

Although North Korea has not carried out ballistic missile tests for more than six months, leader Kim Jong Un pledged at a key meeting of the Workers' Party of Korea last December to unveil a "new strategic weapon" to be possessed by the nation "in the near future."

North Korea's economy, meanwhile, may be facing a serious downturn, as its talks with the United States on denuclearization and sanctions relief remain stalled at a time when the coronavirus spread has stifled business activities with its neighbors.

Clad in a gray Western-style suit and tie instead of his usual Mao suit, Kim observed the parade from a balcony overlooking Kim Il Sung Square, the central Pyongyang area named after his grandfather and North Korea's founder.

Kim said in a 30-minute speech that he hopes a day will come when the two Koreas join hands while blaming himself for the plight of citizens. He also emphasized that no one in North Korea is infected with the coronavirus.

The North Korean leader promised to strengthen nuclear war deterrence. Kim, however, made no mention of relations with the United States in apparent consideration of U.S. President Donald Trump, who is seeking a second term in the election in November.

"On this night of the great holiday, the streets in the capital city and this square are so splendid and seethe with pleasure and pride," Kim said in front of citizens, none of whom wore protective face masks as far as TV footage showed.

"Our people have placed trust, as high as the sky and as deep as the sea, on me, but I have failed to always live up to it satisfactorily. I am really sorry for that," he added. 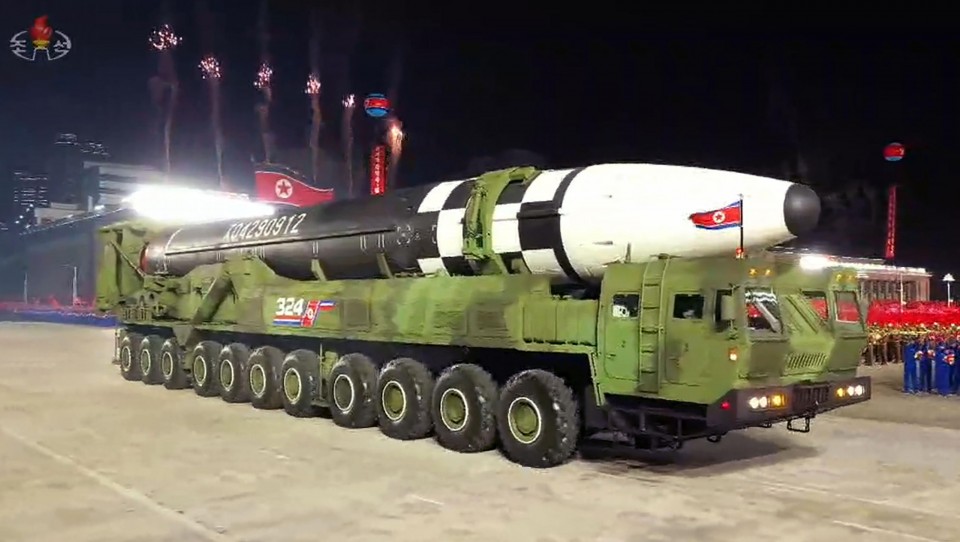 Photo taken Oct. 10, 2020 from a program aired by state-run Korean Central Television shows what appears to be a new type of intercontinental ballistic missile seen at a military parade in Pyongyang. (Kyodo) 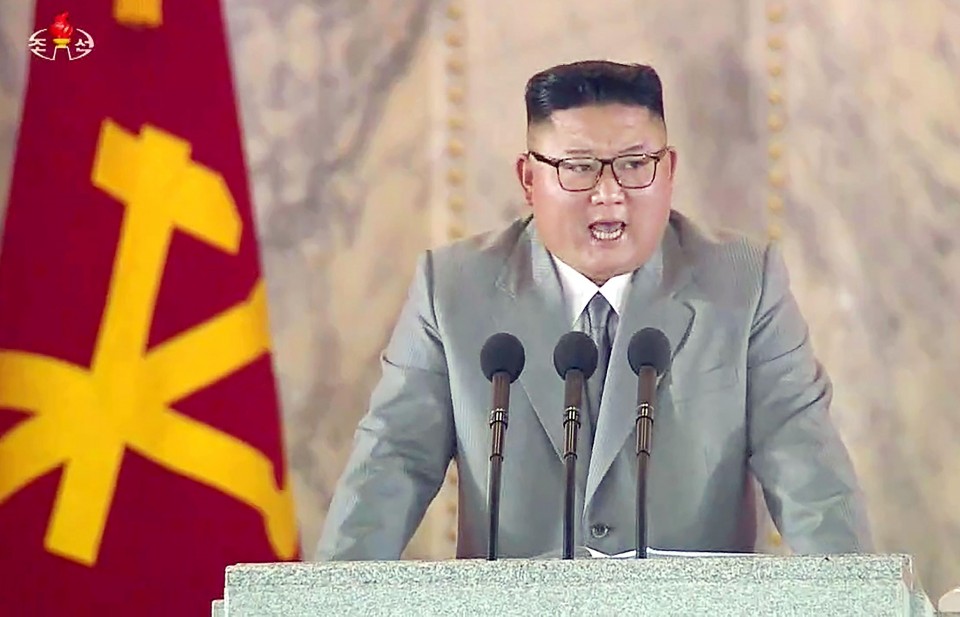 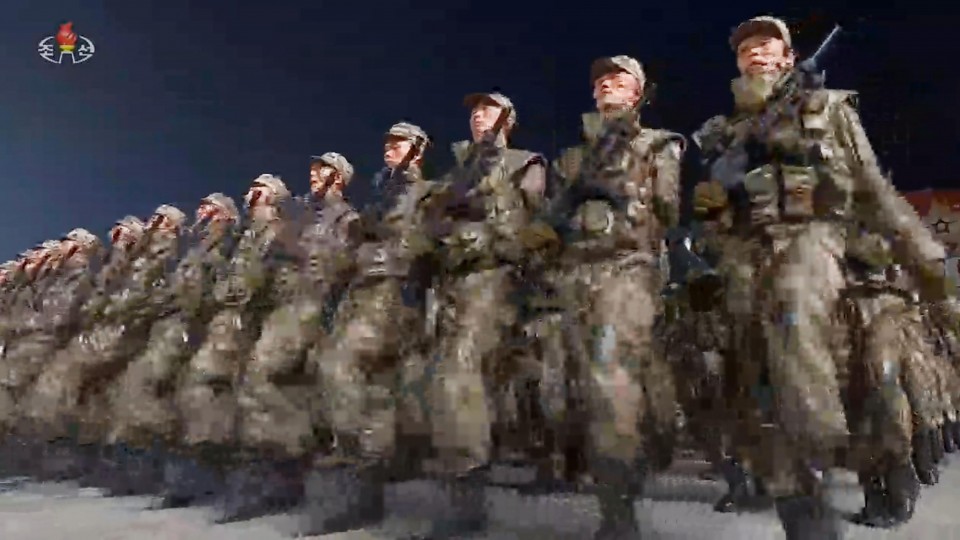 North Korea did not announce that it would hold a military parade on the anniversary, but the Foreign Ministry urged diplomats and international organization workers to keep away from the celebration venue, according to Russia's Embassy in Pyongyang.

It was North Korea's first military parade since September 2018, when the country marked the 70th anniversary of its founding.

At the 2018 parade, North Korea did not display ICBMs that can target the United States, signaling Kim's desire to refrain from provoking Trump for the sake of moving forward with nuclear negotiations.

The parade came around three months after the first-ever U.S.-North Korea summit in Singapore. Kim did not make a public speech at that time.

In Pyongyang, a celebratory mood is prevailing with many events being held. A "mass game" performance -- a huge, choreographed gymnastic and artistic extravaganza in which tens of thousands of North Koreans take part -- is set to take place from Monday through Oct. 31.

During the period, North Korea is likely to try to demonstrate its confidence that the nation has brought the pandemic under control as it has claimed to have zero cases of the coronavirus within its borders, diplomatic sources say. 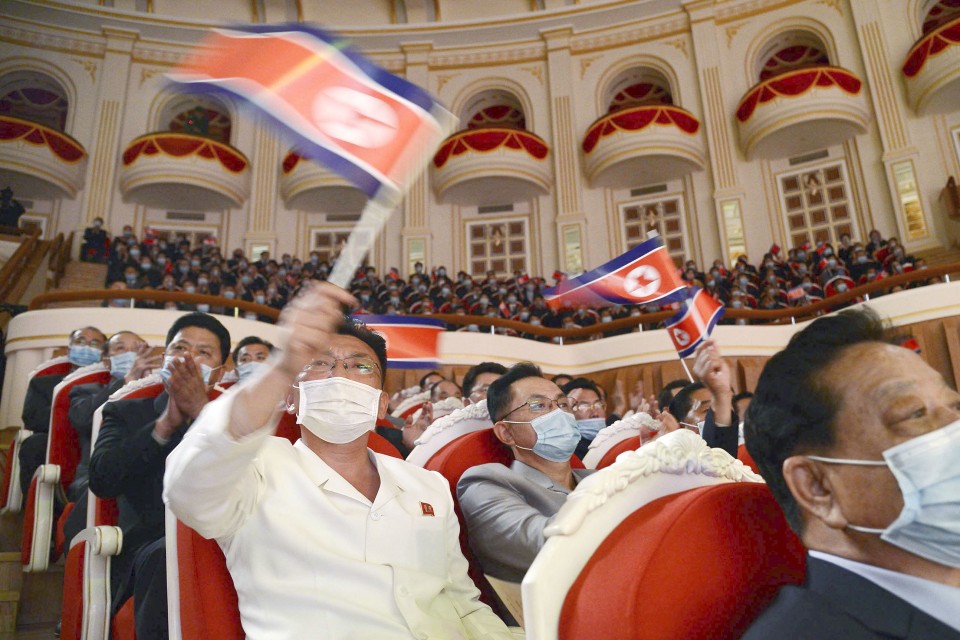 A concert is held in Pyongyang on Oct. 8, 2020, as part of celebrations for the 75th anniversary of the founding of the Workers' Party of Korea on Oct. 10. (Kyodo) 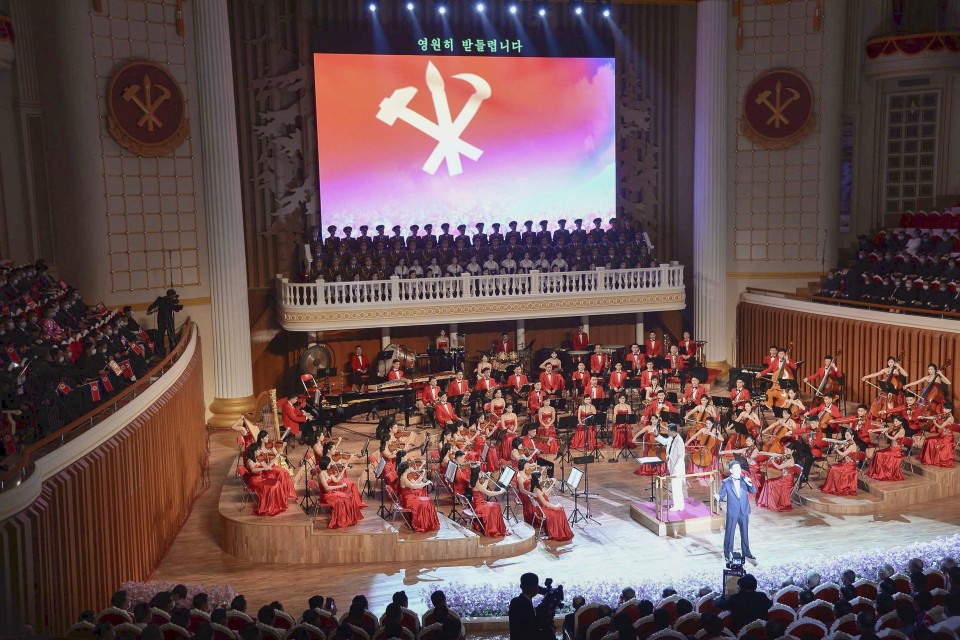 A concert is held in Pyongyang on Oct. 8, 2020, as part of celebrations for the 75th anniversary of the founding of the Workers' Party of Korea on Oct. 10. (Kyodo)

Since earlier this year, North Korea has cut off traffic to and from China and Russia, with fears growing that the virus, first detected in the Chinese city of Wuhan, could intrude into the country, probably preventing its citizens from receiving adequate daily necessities.

North Korea is believed to be vulnerable to infectious diseases due largely to chronic shortages of food and medical supplies triggered by international economic sanctions aimed at thwarting its nuclear and ballistic missile ambitions.

In recent months, North Korea has also been struck by powerful typhoons and flooding, sparking concern that its economy has become more sluggish as the agricultural sector has been devastated.

North Korea's ruling party has decided at a meeting presided over by Kim to wage an "80-Day Campaign," mobilizing the entire populace for economic development ahead of the first party congress in five years in January, state-run media reported Tuesday.