Japan's space agency said Monday it aims to engage from around the mid-2030s in lunar exploration using hydrogen generated by water extracted from the Moon's ice deposits as fuel.

Using the water-derived fuel is expected to cut costs compared with transporting fuel from Earth. While liquid water does not exist on the Moon's surface, past research suggests there may be ice at a crater near the lunar south pole, which has never been exposed to sunlight.

Japan plans to work with the United States in building the lunar orbit space station Gateway in the 2020s and construct by around 2035 a fuel factory at the lunar south pole. 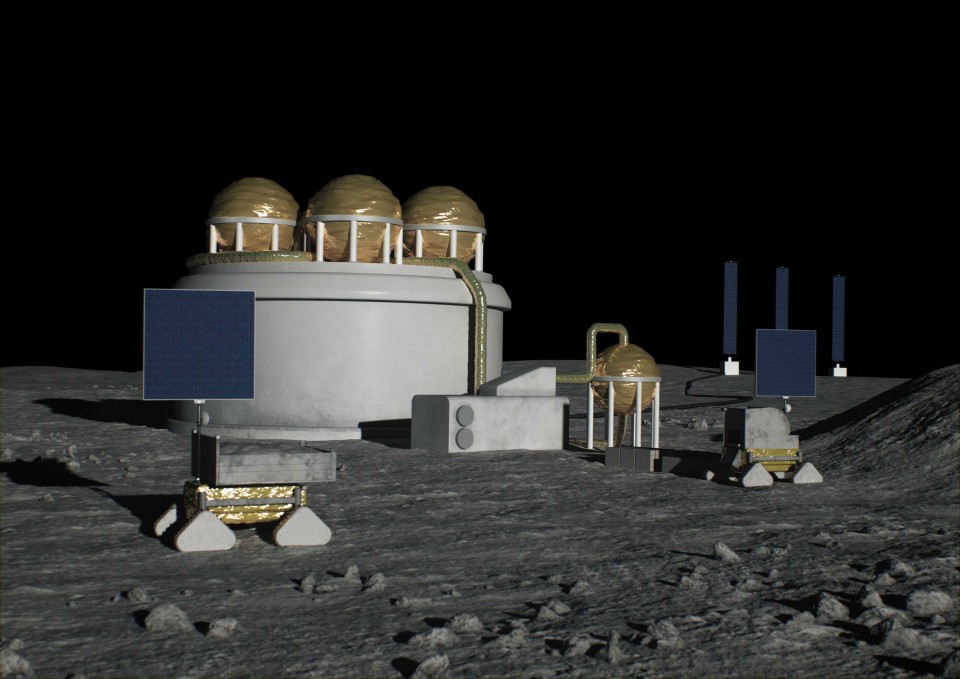 Supplied computer graphic shows image of a fuel factory on the Moon. (Photo courtesy of JAXA)(Kyodo)

The fuel will be used in a reusable spacecraft able to carry four astronauts to and from the Gateway and a transport vehicle that can travel up to 1,000 kilometers on the Moon, according to the Japan Aerospace Exploration Agency.

Water-derived fuel is created by first splitting water into its components of oxygen and hydrogen using a solar cell. Energy is created by recombining them.

The transport vehicle, which will allow astronauts to explore the lunar surface, is planned to carry two to four people. Since the Moon has weak gravity, it will move by hopping across the surface instead of with wheels.

According to JAXA's estimates, 37 tons of water is necessary for a trip to and from the Gateway, while 21 tons is needed for each surface exploration trip. The agency believes it would be cheaper to use fuel created with the Moon's water than bringing water from Earth if five to seven manned exploration trips are made.

Other countries, including India and the United States, are intent on analyzing the water resources on the Moon. China, which has already landed an unmanned spacecraft on the lunar surface, plans to send a probe later this year to the Moon to collect soil samples. 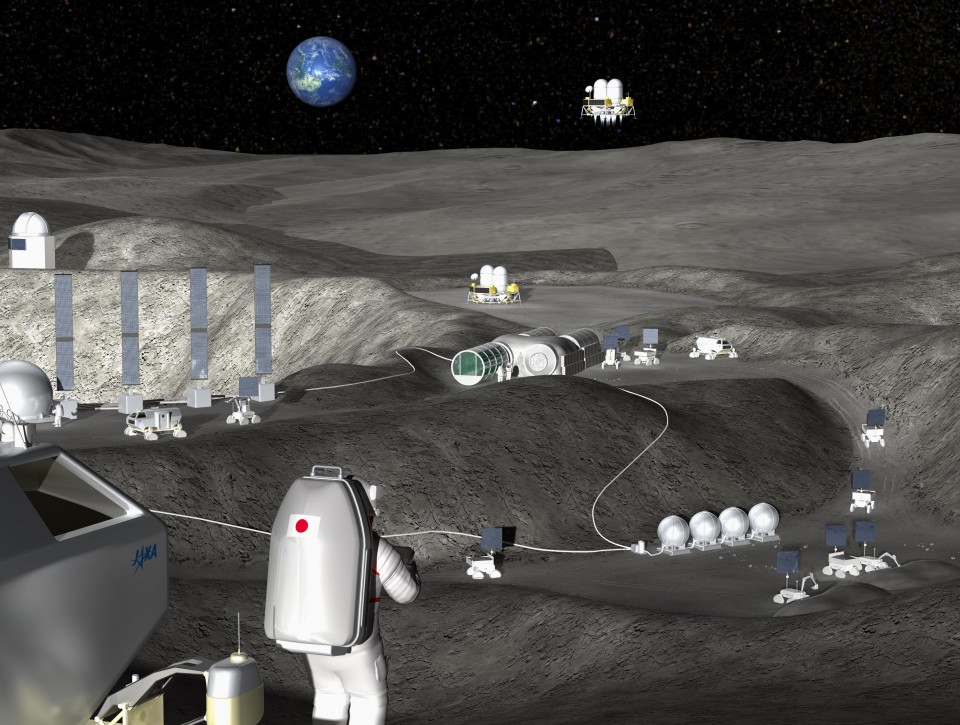 Supplied computer graphic shows image of a base on the Moon. (Photo courtesy of JAXA)(Kyodo)