Yoshihide Suga's hometown In northeastern Japan and his constituency in Yokohama, near Tokyo, were in festive moods Wednesday as supporters celebrated his election as Japan's new prime minister.

A vertical banner reading "Congratulations on becoming prime minister" in large letters was raised and fireworks set off at his childhood home in Yuzawa, Akita Prefecture. 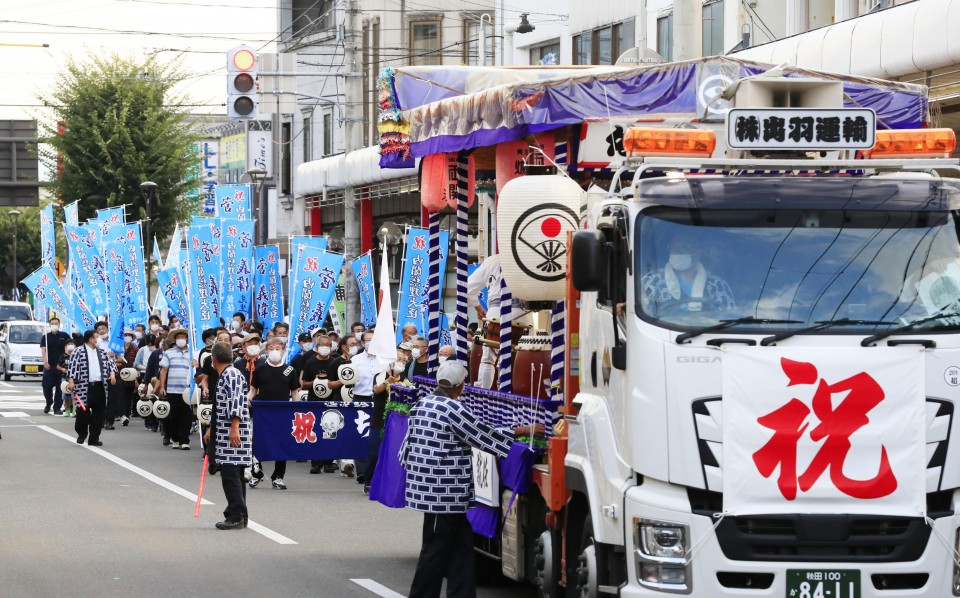 People march on a street in Yuzawa in Akita Prefecture, northeastern Japan, on Sept. 16, 2020, while carrying lanterns in celebration of Yoshihide Suga's election as Japan's new prime minister. Parliament chose Suga, who hails from Akita, as Japan's new leader earlier in the day. (Kyodo)

Around 110 people gathered in a cultural hall for a public viewing of the extraordinary Diet session, in which Suga was elected as the first premier hailing from Akita.

"The population is shrinking and aging in both (Akita) Prefecture and Yuzawa city, where birthrates are falling. I want him to launch a good policy to address the issue," said Minko Komatsuda, a 72-year-old housewife from the neighborhood.

Shiro Kikuchi, 79, who lives next to Suga's childhood home, also gave his best wishes to the new prime minister, saying, "I want to see what topics Mr. Suga will tackle. There are many issues, but I hope he stays calm and does his best."

Calligraphy club members of Yuzawa High School, which Suga attended as a boy, wrote his motto -- "Where there's a will, there's a way" -- together with verses of their school anthem.

Some stores in the area even celebrated by holding a "99" sales campaign, selling products at 99 yen ($0.94) and 990 yen to mark Suga serving as the country's 99th prime minister. The count refers to the number of times a premiership has been launched after a Cabinet has resigned en masse. 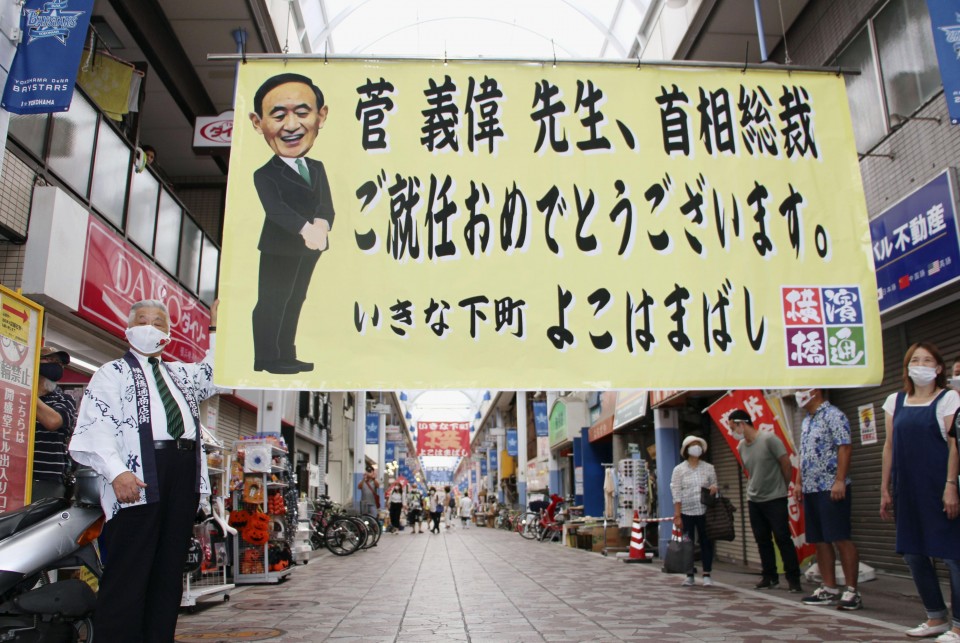 A banner celebrating Yoshihide Suga's election as the ruling Liberal Democratic Party's president and Japan's new prime minister is on display on a shopping arcade in Yokohama, his constituency, near Tokyo on Sept. 16, 2020. (Kyodo)

In Yokohama's Minami Ward, around 200 supporters gathered in a tent set up near Suga's local office. A large round of applause sounded at around 1:45 p.m., when he was formally elected Japan's new prime minister in the powerful House of Representatives.

Suga's 67-year-old wife Mariko, who was in the front row, bowed her head and said, "Suga will continue to do his best so please support him."

Nearby, a shopping arcade was decorated with banners featuring illustrations of Suga, and customers were handed red and white buns to mark the auspicious event.

"He was chief Cabinet secretary for almost eight years, so I feel reassured that he is serving as prime minister," said Tadashi Iizuka, 55, who came to the arcade for shopping with his wife.

But Akita city local Yukio Yoshida, 83, who received an extra edition of a local newspaper on Suga's ascent to power in front of JR Akita Station, had a more frosty view.

"I don't hold high hopes for him. He was exactly like former Prime Minister Shinzo Abe during press conferences, evading issues such as the Moritomo and Kake school scandals," he said, referring to cronyism allegations against Abe. 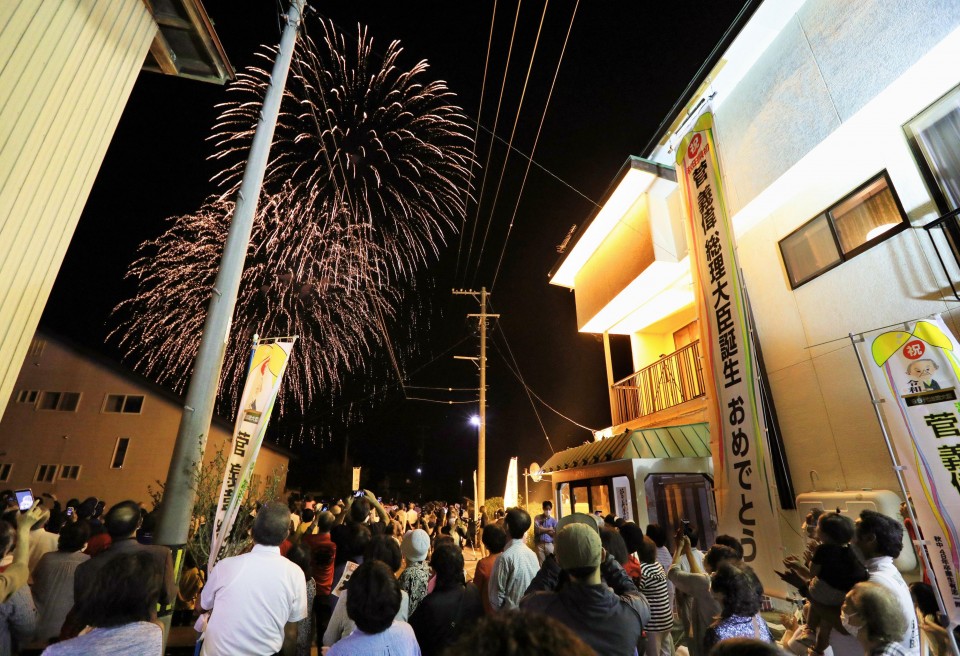