Annual global emissions of methane, a potent greenhouse gas, have risen by almost 10 percent in the past two decades despite international pledges to act in combating climate change, a recent study by a multinational team of scientists found.

The surge resulted in a record high concentration of the sunlight-absorbing gas in the atmosphere in 2017, the latest year for which comprehensive data is available, with the emissions reaching 596 million tons, the Global Carbon Project said. 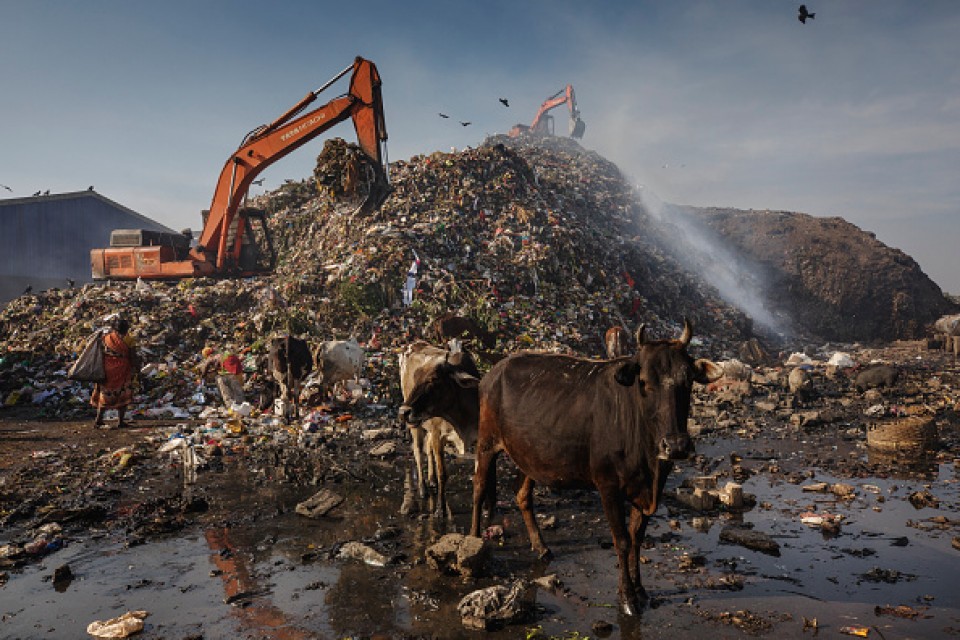 White thick smoke of methane gas seeps up between the layers of garbage and waste at the dumping zone of Belgharia, that since 2008 lets out quantities of uncontrolled methane gases. According to the World Economic Forum, in 2020, India was home to six out of 10 of the world's most polluted cities. (LightRocket/Getty/Kyodo)

Over 90 scientists involved in the project gathered data from some 100 observation stations around the world between 2000 and 2017.

Climate scientists stress the need to mitigate methane release as it has a warming potential 84 times greater than the same weight of carbon dioxide over 20 years. With its impact accounting for 23 percent of the temperature rise caused by all greenhouse gasses, methane is the second-worst contributor to global warming after carbon dioxide.

Akihiko Ito, a participant in the project from Japan's National Institute for Environmental Studies, suggests the insufficient implementation of measures to cut emissions amid intensifying industrial and agricultural activities is the major driver behind the rise in atmospheric methane concentration.

The world now sees around 50 million additional tons of methane every year than the average between 2000 and 2006. There has been a 2.5 fold increase in concentration since 1750, the time immediately before the Industrial Revolution.

Set up in 2001, the team attributes methane's yearly increase to anthropogenic sources that fall under three categories -- agriculture, including ruminant livestock that emits the gas while digesting coarse grass, extraction and burning of fossil fuels, and the decomposition of organic materials in waste.

The scientists warned with the current pace of emissions increase, the surface temperature of the planet will likely rise more than 3 degrees Celsius from 1750 levels by the end of the century, surpassing the 2-degree temperature cap targeted in the 2015 Paris climate agreement. 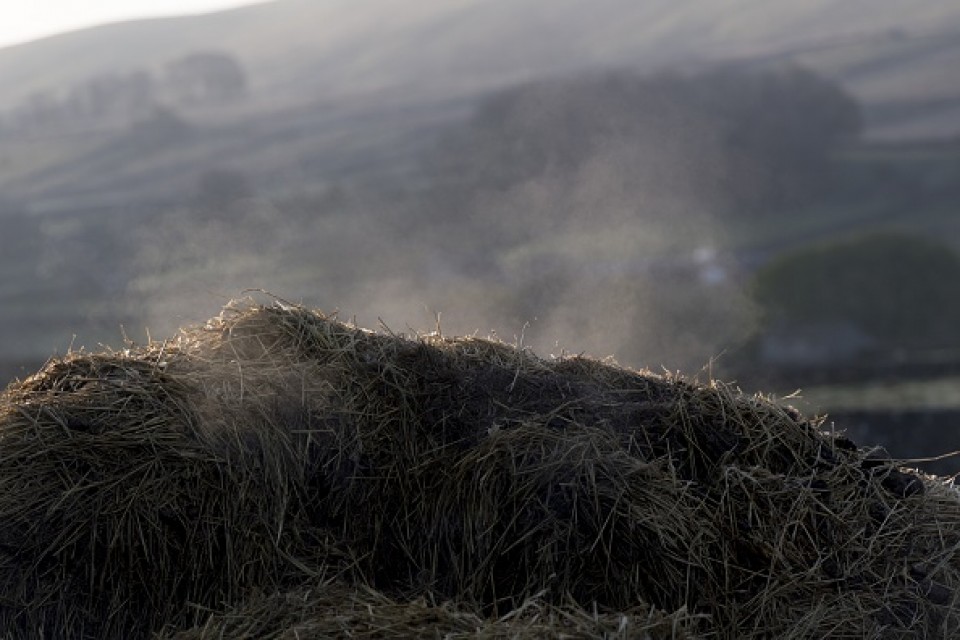 Pile of farmyard manure steaming and decomposing and releasing gasses into atmosphere. (UIG/Getty/Kyodo)

In addition to higher sea levels and more intense storm and fire seasons across the globe, among other serious issues, the higher temperatures will increase the pace of Arctic permafrost melt, climate scientists say.

The loss of permafrost will unlock huge stores of methane and carbon dioxide which will trigger further warming in a so-called positive feedback scenario that the United Nations notes could throw the 2-degree Paris target well off track.

The report also highlighted regional differences in methane emission levels. Europe was the only region from which emissions decreased by a minimum of 1.6 million tons in 2017 from the 2000-2006 average, as "various mandatory measures to protect the environment played a part," said Ito.

A significant increase was seen in three regions -- Africa and the Middle East, China, and South Asia and Oceania, the report said, with each posting a jump of up to 15 million tons.

North America came next with an increase of at least 5.0 million tons, mostly driven by emissions from the United States.

In North America and China, fossil fuels constitute the primary source of methane, while agriculture and waste serve as predominant sources in less industrial regions such as in countries in Africa and many in Asia.

Japan's methane emissions are on a downtrend since the 1990s, however, possibly due to a drastic reduction in rice production, said Ito, citing separate data as the latest report had no detailed analysis of the country.

Japan has also made progress on limiting its total greenhouse gas emissions, reducing them for five years in a row as of March 2019, but has been criticized for its continued reliance on coal-fired power generation in the wake of the 2011 quake-tsunami disaster which led to it idling nuclear power stations countrywide.

The nation's export of coal-fired power technology has also come under fire globally, as has its lagging performance on meeting its Paris target which Japan itself has said is not ambitious enough.

The project also found tropical and subtropical regions tend to produce more methane. While 64 percent of global emissions in 2017 originated in areas below 30 degrees north, only 4 percent derived from high latitude locations above 60 degrees north.

The team hopes its findings will be reflected in future policies implemented to address global warming.

"Although there are various technologies already available to reduce, contain or retrieve methane at a number of sources, they are not widely implemented yet because of their costs," said Ito, a section chief of the institute's Center for Global Environmental Research.

But "in a more familiar example, efforts as mundane as reducing food waste should also make a difference."