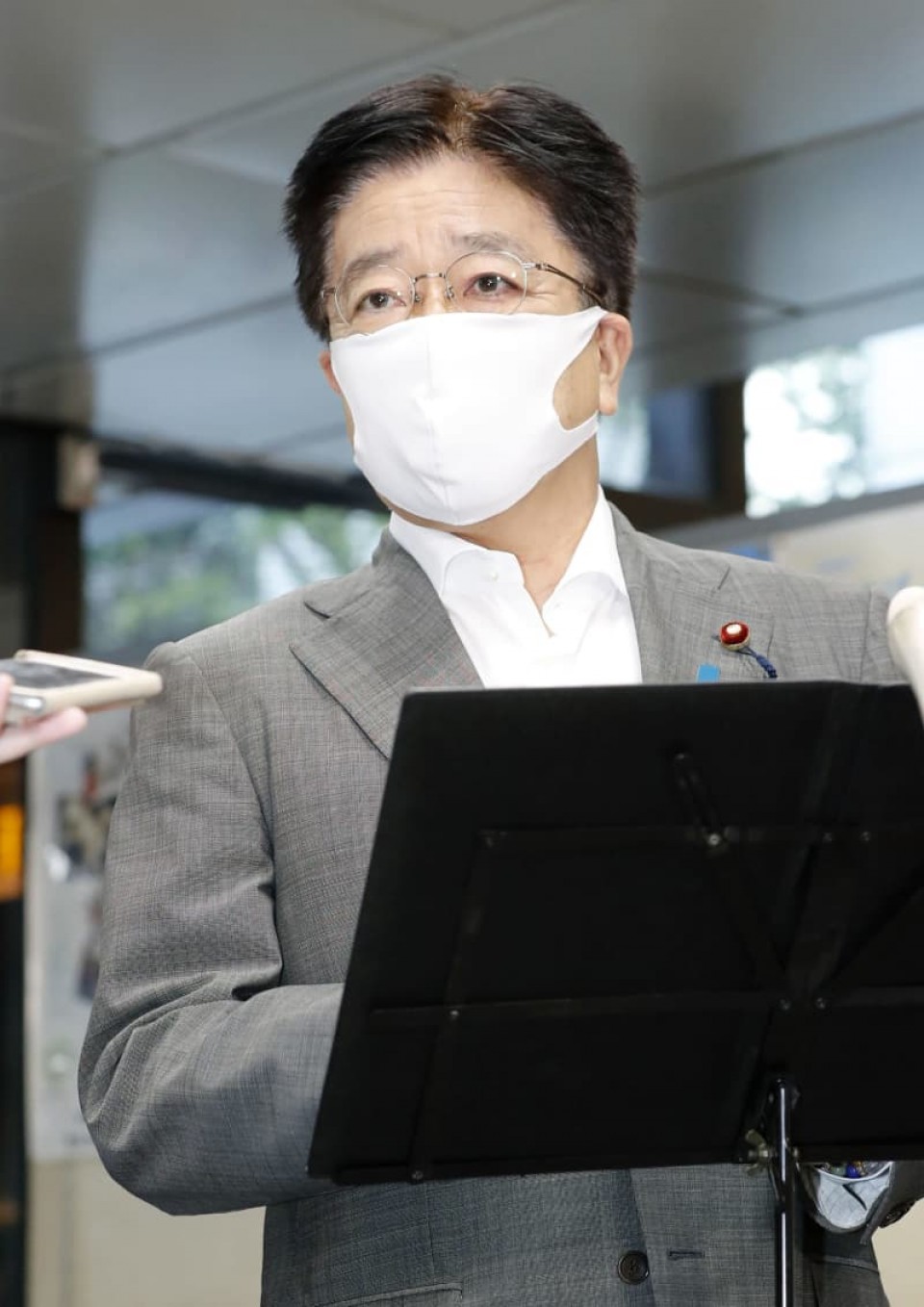 The government has appealed a court ruling awarding state health care benefits to people exposed to radioactive "black rain" that fell immediately after the 1945 atomic bombing of Hiroshima outside of a currently designated zone, welfare minister Katsunobu Kato said Wednesday.

The health, labor and welfare minister said the Hiroshima District Court ruling last month was "not based on sufficient scientific evidence," but added the government would consider expanding the area covered by its health care program.

Prime Minister Shinzo Abe told reporters at his office that the government had decided to appeal the case to a higher court as the district court ruling was different from previous Supreme Court decisions, but did not elaborate.

In the meantime, "We will firmly take measures to support hibakusha who went through agonies that were beyond description," Abe said, using the Japanese term for atomic bomb survivors.

Kato said at a press conference, "We will examine (the designated zone) with a sense of speed, eyeing the possibility of expanding it" in consideration of aging atomic bomb survivors.

In late July, the district court ruled in favor of 84 plaintiffs in their 70s to 90s, including those who have already died, saying they should receive the same health benefits as provided to atomic bomb survivors who were in the zone where the state has recognized black rain fell.

It was the first court decision regarding the boundary of the area affected by radioactive rain after the U.S. nuclear attack and on the subsequent health problems among survivors.

The Hiroshima prefectural and city governments were sued in the trial, together with the state, because they were entrusted with the administrative work of screening applicants for atomic bomb health care aid.

But they have asked the central government, which designed the health care aid policy, not to appeal the ruling, calling on it to expand the scope of the black rain zone in the hope of offering assistance to more survivors.

The local governments eventually accepted the state's decision to appeal the ruling in light of its plan to review the boundaries of the zone. Wednesday was the deadline for an appeal.

In a separate news conference, Hiroshima Mayor Kazumi Matsui said he "felt tremendous pain" when deciding to appeal the ruling in line with the central government and vowed to urge the state to grant the health care benefits to those who were exposed to the black rain, including the plaintiffs, at an early date.

"We took it seriously that the state is planning to review the scope of the zone where black rain fell, with an eye on expanding it," the mayor said. The welfare ministry is set to launch a panel of experts to review the matter, according to its officials.

The plaintiffs and their legal team criticized the government at a press conference for "using scientific evidence as an excuse for appealing the ruling because it is obvious that the effect of the nuclear attack damaged their health."

Masaaki Takano, 82, who heads the plaintiffs' group, said he wanted the prefectural and city governments to strongly urge the state to withdraw the appeal, adding, "I will never give up. I will accept the challenge to the end."

In Nagasaki, which was devastated by a U.S. atomic bombing on Aug. 9, 1945, 80-year-old atomic bomb survivor Koichi Kawano lamented the state's decision, saying, "As 75 years have passed since the atomic bombings, plaintiffs may pass away as (court proceedings) will take more time after the appeal."

The designated area lies northwest of the hypocenter of the atomic bombing on Aug. 6, 1945, and measures about 19 kilometers in length and 11 km in width.

People recognized as having been in the affected area at the time of the bombing are eligible to receive periodic health checkups free of charge. Among them, those who developed illnesses believed to have been caused by radiation effects can receive free health care services in principle.

In the ruling, the western Japan court determined it was possible that black rain fell outside of the designated area and reasonable to conclude the plaintiffs were affected by radiation if they were exposed to it.

It then determined that the plaintiffs developed diseases specific to atomic bomb survivors, such as cancer and cataracts, due to the effect of black rain. 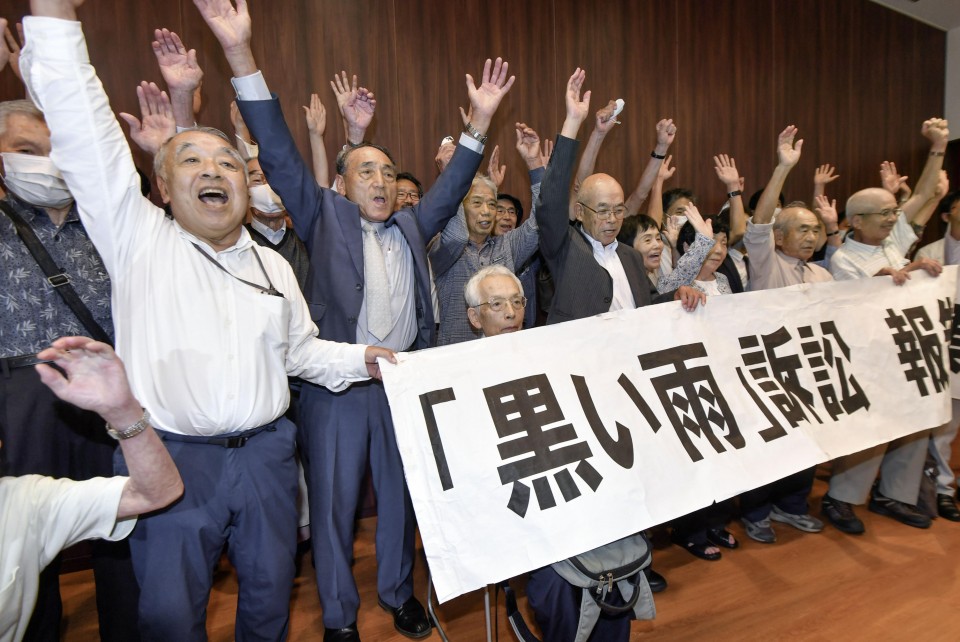 Plaintiffs celebrate in Hiroshima, western Japan, on July 29, 2020, following a ruling by the Hiroshima District Court in favor of their claim that state health care benefits should be extended to people who were exposed to radioactive "black rain" after the 1945 U.S. atomic bombing of Hiroshima outside a zone currently recognized by the government. (Kyodo)