Gro Harlem Brundtland, the former director general of the World Health Organization who oversaw the U.N. agency's response to the SARS crisis between 2002 to 2003, criticized the United States for being "counterproductive" during the novel coronavirus pandemic and leading an "assault" on multilateralism.

In a written interview with Kyodo News, the former prime minister of Norway denounced U.S. decisions to withdraw from the WHO and the Paris Agreement for tackling climate change, among other actions, with the pandemic testing international solidarity and responsibility. 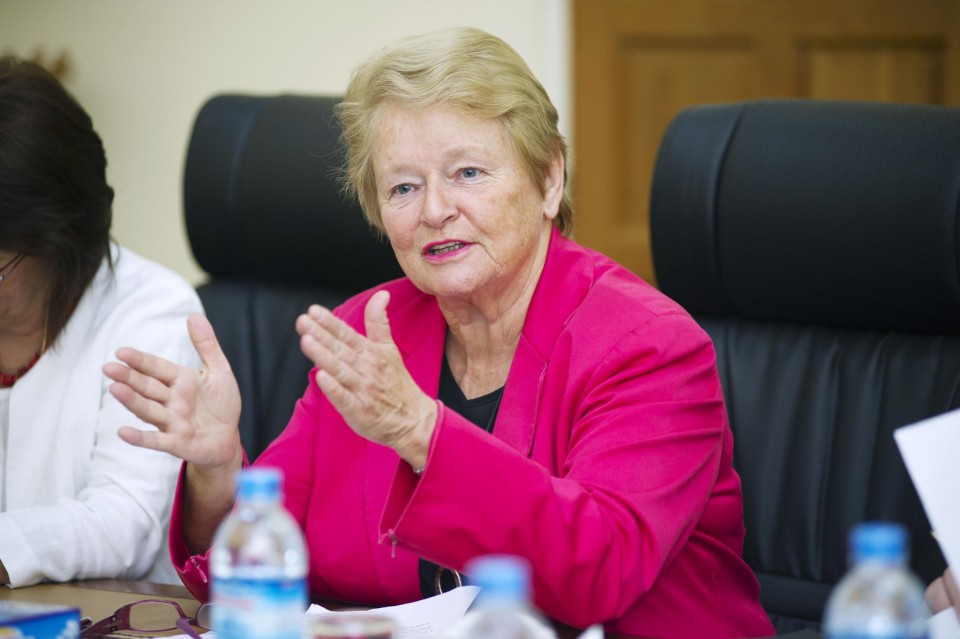 Brundtland is currently co-chair of the Global Preparedness Monitoring Board, an independent monitoring and accountability body to assess preparedness for global health crises.

The multilateral system faces "its gravest threat since 1945," she warned, adding that U.S. President Donald Trump's administration has done "deep and lasting damage to the U.N. system and the broader principles of multilateralism."

"It is an especially a sad irony that this assault on multilateralism is being led by the United States -- the country that played the single biggest role in the establishment and maintenance of the multilateral system after 1945," she wrote.

Since coming to power, the Trump administration has either threatened or decided to pull out of several international agreements such as the Intermediate Range Nuclear Forces treaty and the Open Skies Treaty.

The U.S. notice last month to leave the WHO "even as the world remains in the midst of tackling a global pandemic -- is among the most astonishingly and transparently counterproductive of these moves," said Brundtland who served as the director general for five years from 1998.

The novel coronavirus has infected around 20 million people, killing more than 700,000 around the world, according to data compiled by Johns Hopkins University.

"It is deeply unhelpful and counterproductive for the WHO to become a forum for political point scoring by member states in the pursuit of narrow national interests," she said. Instead, it should be enabled to work for the global good, based only on best available scientific and medical evidence.

Brundtland urged nations to support the WHO to meet health challenges including the pandemic, which she said has highlighted economic and social inequality such as disparities in medical access.

The virus could only be defeated through collective action, pooling resources and expertise to strengthen health systems, create an effective vaccine, and ensure equal distribution and care particularly for vulnerable groups, she said.

The world's actions would be judged by future generations not only regarding responses to the COVID-19 pandemic but on being prepared for future shocks, she said.