A gas company urged the operator of a restaurant to replace a rusty pipe that is suspected to have leaked and caused a deadly explosion in a Fukushima Prefecture city last week, investigative sources said Wednesday.

Police suspect a gas leak from the pipe led to the blast last Thursday at an under-renovation shabu-shabu hot pot restaurant in the city of Koriyama, leaving a construction worker dead and 19 others injured, the sources added.

The gas company notified the operator of the northeastern Japan restaurant about the rusty pipe in late June when renovation work was under way, but the operator did not replace it because the eatery was closed to customers, according to the sources. 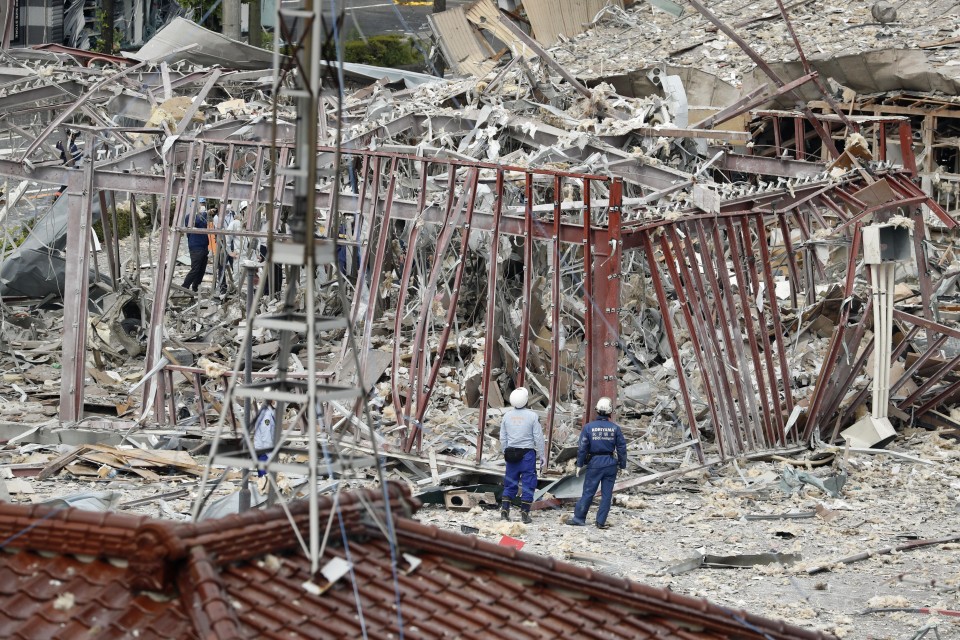 Photo taken July 30, 2020, shows a burnt-down restaurant in Koriyama in Fukushima Prefecture, northeastern Japan, after an explosion that left one person dead and 19 injured. (Kyodo)

The shabu-shabu restaurant had been closed since late April due to the coronavirus pandemic and was due to reopen on Monday following completion of the renovations.

The police believe propane gas began leaking from the rusted pipe sometime in July because there was an unexplained drop in the amount stored in the bottles in the month as opposed to almost no change in May and June.