Kashiwa Reysol forward Michael Olunga is turning heads in the J-League first division this season, bagging a hat trick against Vegalta Sendai on Sunday to solidify his position as the J1's top scorer with eight goals in seven matches.

Reysol's ace, who sits atop the season's scoring rankings by four goals, helped cement Kashiwa's return to the first division this year by notching eight goals in the club's final match last season against Kyoto Sanga and setting a J-League record.

"I fight hard every match and try to do my best," said Olunga, the first player from Kenya to compete in Japan's top flight.

Olunga contributed a brace to Reysol's season-opening 4-2 win over Consadole Sapporo in February before the J-League suspended matches for nearly four months due to the coronavirus outbreak. 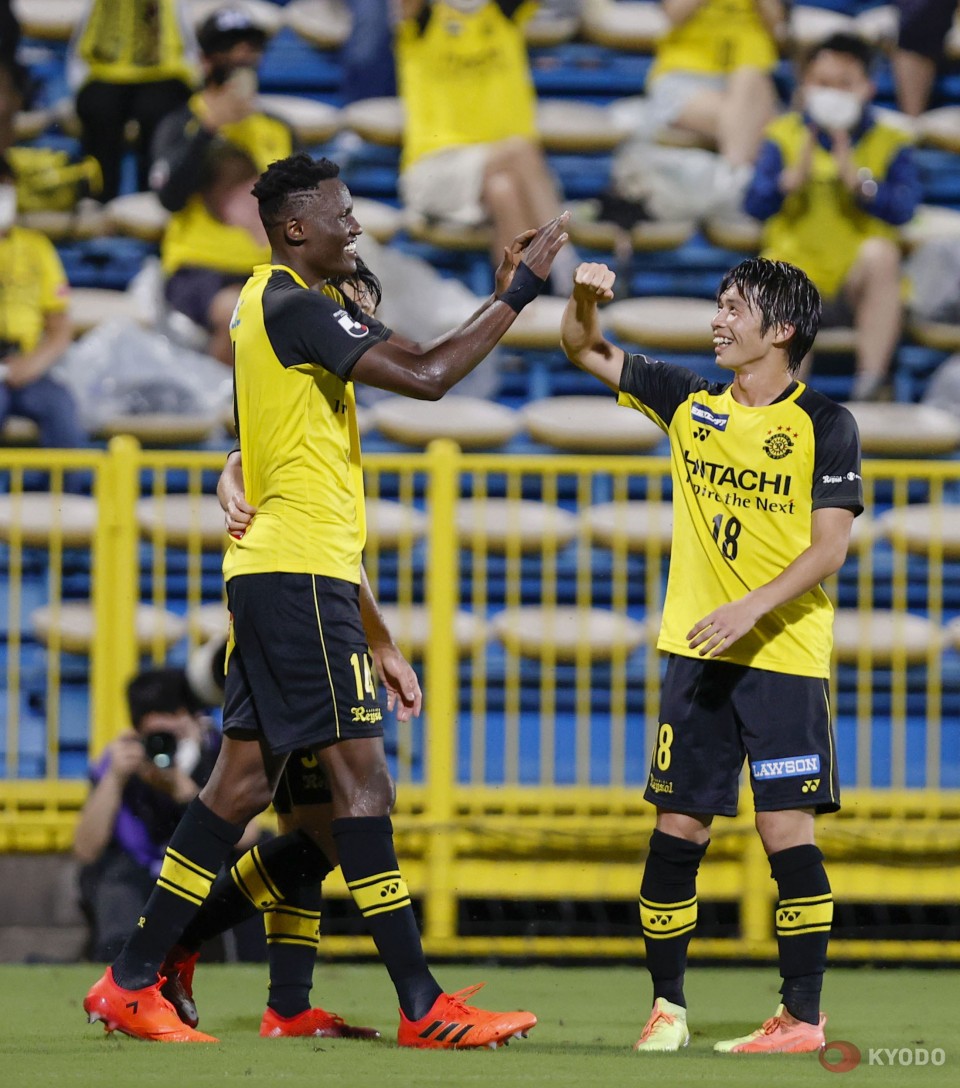 The Kenya international went scoreless in the first three matches held since the J1 season resumed earlier in the month, but racked up six goals over the last three games and said his "condition is improving."

In addition to towering over his opponents, the 1.93-meter Olunga stands out on the pitch for his skilled footwork and ball-control, even when tightly marked.

His long legs and spring-like step also give him an advantage in speed, enabling him to get in quickly behind the opposition's back line.

Born and raised in Nairobi, the 26-year-old Olunga has a unique background that includes being a member of the U-17 national handball team and boasting an excellent academic record.

After studying engineering at the Technical University of Kenya, Olunga decided he would "bet on my potential" and put all his effort into pro soccer. He had stints overseas with clubs in Sweden, China and Spain before landing in Japan with Kashiwa in the middle of the 2018 season.

Nicknamed "Mika" and well-liked by his teammates, Olunga has a fighting spirit and a gentle soul, saying he hopes to stay in shape and produce good results for his team.

Reysol sit seventh in the 18-team J1 table, seven points behind leaders Kawasaki Frontale. The 2020 season is expected to wrap up in December.