In the most abnormal of years, Los Angeles Angels star Shohei Ohtani said Saturday he is keen to meet his lofty expectations and return to normal -- as both a starting pitcher and his team's top designated hitter.

Ohtani has been used exclusively as a hitter since September 2018, when he was diagnosed with a severe elbow injury. But now, in a season in which the start will be delayed by nearly four months and reduced to 60 games by the coronavirus pandemic, he will be returning to what is normal for him.

"This (pitching and hitting) is what has been normal for me up until now," he told reporters in an online press conference. "Last year was the outlier. I was disappointed I couldn't contribute fully. But, this year, I'm excited to do 100 percent of what I'm capable of. And it's not a full season, so I intend to go all out from the start."

"I am a little anxious to see how my body responds to that, however."

Because he was not expected to return to the mound until May, the three-month layoff between the time spring training was canceled and teams resumed practice this week was less burdensome. 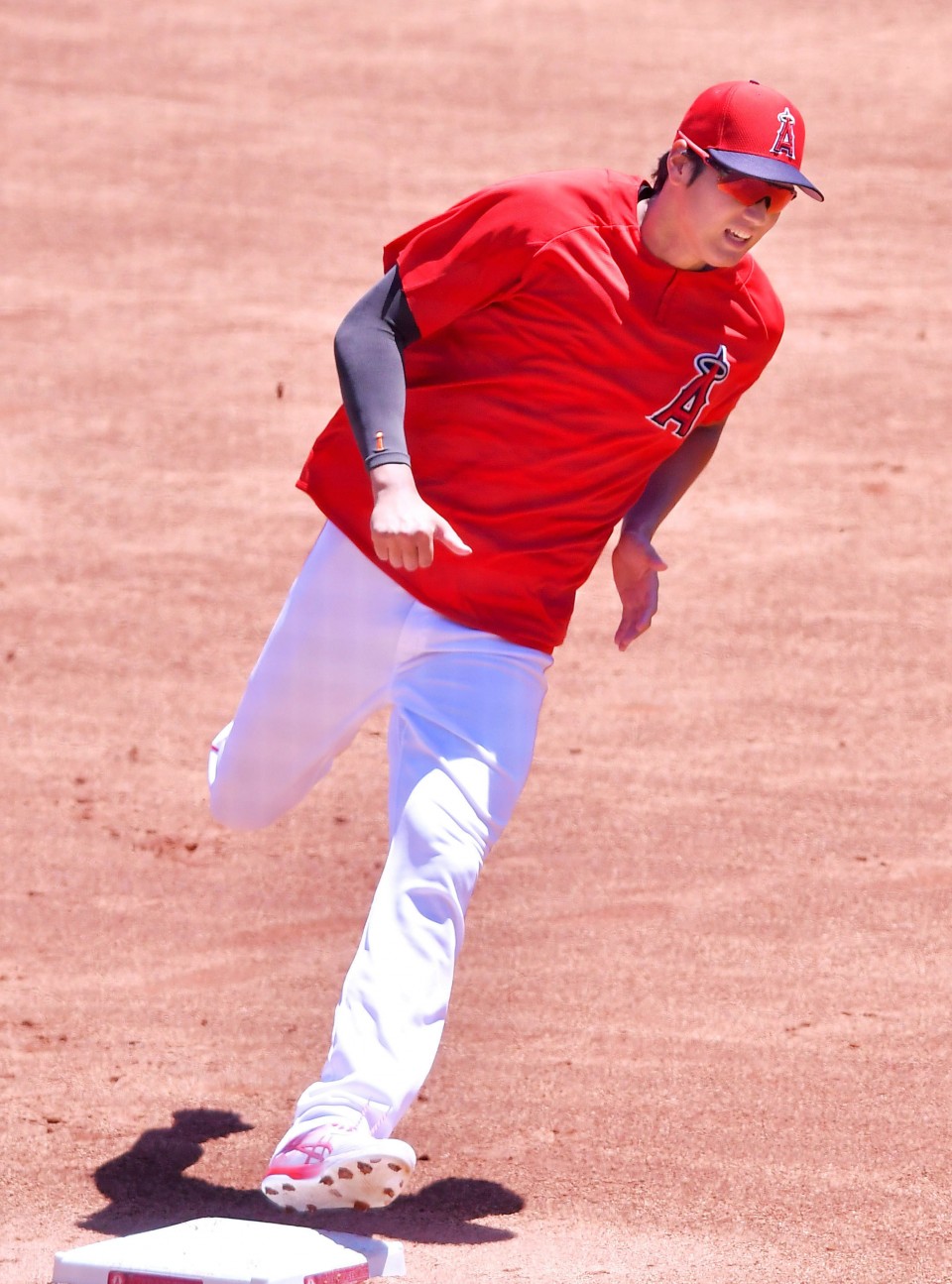 (Shohei Ohtani of the Los Angeles Angels runs the bases during practice in Anaheim, California, on July 4, 2020)[Pool photo]

"I was expecting a season to take place, so I've been prepared for it to start at any time. Mentally, I've been treating it like an offseason. I didn't feel it was necessary to get locked in when we didn't have a date. But now I'm starting to get locked in mentally."

As of Saturday, Major League Baseball had yet to finalize its schedule, although its "anticipated" start will be July 23 or 24. When the bell does ring, he said he hopes to pick up where he left off in 2018 before elbow surgery forced him from the mound.

"(In 2018) I tried to have the mentality of pitching the same way I had in Japan, and see what I needed to fix and what I could keep," Ohtani said.

"I was in the process of learning that, and then I needed Tommy John surgery, so I want to use this season to see how I can improve and need to fix or keep from what I learned in 2018."

Ohtani revealed he expects this year to be his best, if only because that is his annual outlook.

"Each and every year, I've surpassed my previous bests up until now. But, having said that, I tend to romanticize my past," he added.