Japan is having second thoughts about relaxing the current restrictions on the number of spectators allowed to enter sporting and other major events, a senior government official said Saturday.

"We need to think about this carefully," Yasutoshi Nishimura, economy minister in charge of Japan's measures against the spread of the coronavirus, said at a press conference, referring to the government's initial plan to further ease the restrictions next month. 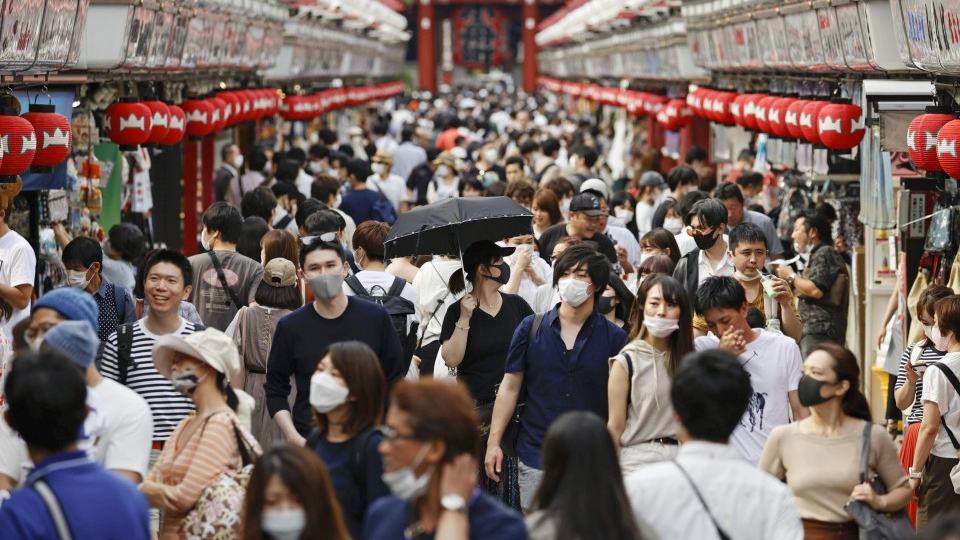 Tokyo's Asakusa district is crowded with visitors on June 20, 2020, the first weekend since Japan lifted its final advisories on inter-prefecture travel, based on the belief that the spread of the novel coronavirus has been kept in check. (Kyodo)

His comment came amid a recent surge in the number of infections in Tokyo and elsewhere, after the government fully ended a nationwide state of emergency in late May.

On July 10, Japan relaxed its guidance for spectators at sporting, concert and other events to a maximum of 5,000 from the previous 1,000, while the capacity at indoor venues must be kept at 50 percent or below the usual level.

The government had initially planned to scrap the limits as early as Aug. 1.

Nishimura voiced concern over an increasing number of infections with unknown routes.

On Saturday, the Tokyo metropolitan government confirmed 290 new cases of the virus, following a single-day record of 293 the previous day. Across Japan, more than 660 new infections, the most since April 11, were confirmed, according to a Kyodo News tally based on information provided by authorities across the country.

The government will hold a subcommittee meeting in the near future to discuss the pros and cons of easing the crowd limits. 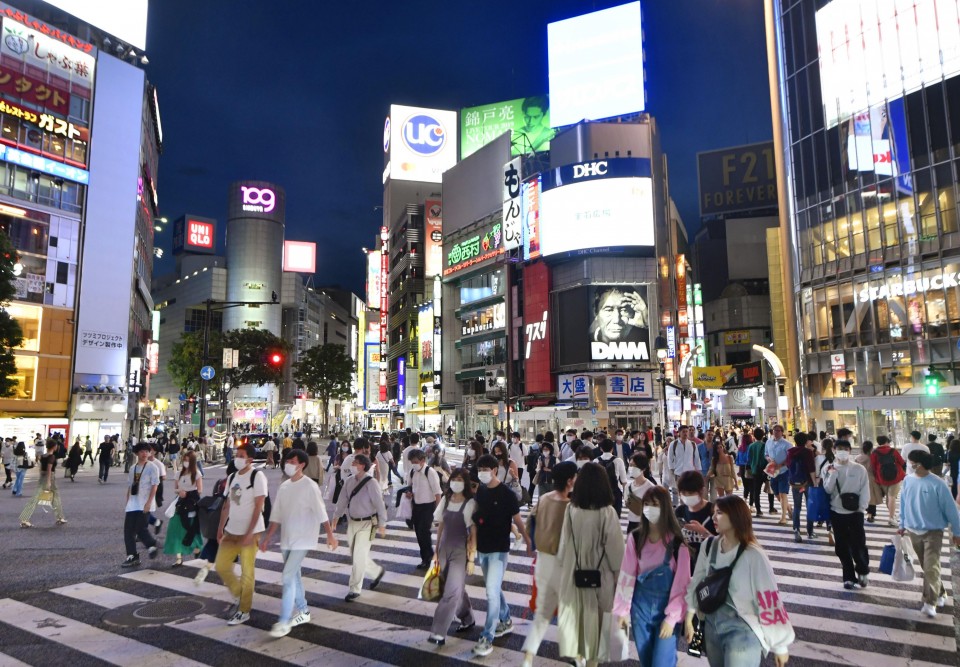 Tokyo's Shibuya area is crowded with people on May 30, 2020, on the first weekend after Japanese Prime Minister Shinzo Abe announced an end to the coronavirus state of emergency. (Kyodo)