Of the figure, 18 people were traced to nightlife establishments in the capital.

The Tokyo government is asking people working at nightclubs and similar entertainment establishments to regularly take coronavirus tests, as part of new measures to stem the spread of the virus in nightlife districts in the capital such as Shinjuku's Kabukicho area.

"Through active testing, (I hope that) people would be conscious of their infection and would not transmit the virus to others," Koike told reporters after meeting with economy minister Yasutoshi Nishimura.

The 18 were found to be positive for the virus due to group testing. Sunday's daily figure was more than the 24 new cases confirmed the previous day, of which four cases came from nightlife spots in the Shinjuku entertainment district. 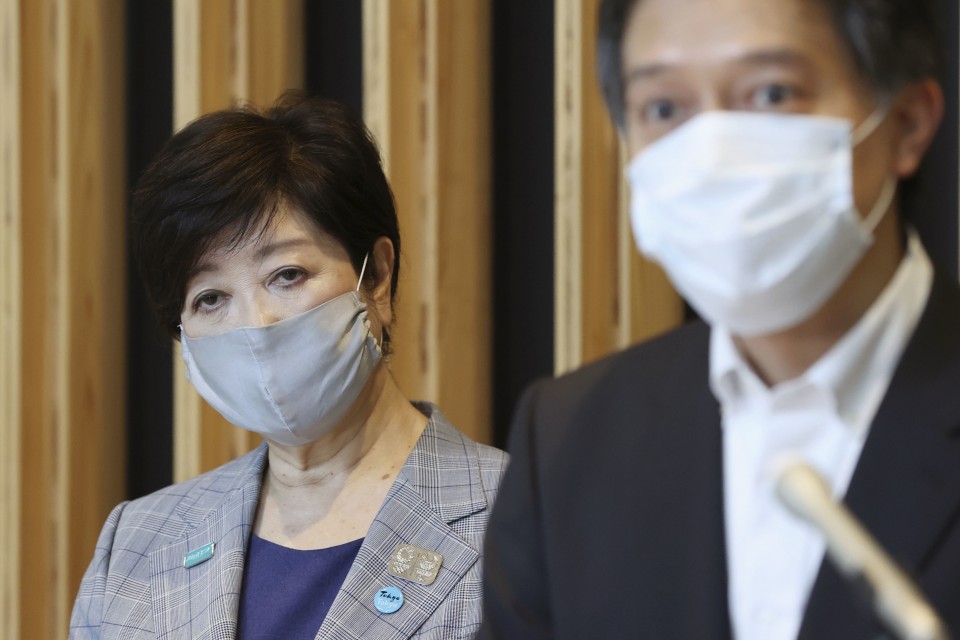 Business at 20% of hospitals in Japan worse due to pandemic: survey

Koike agreed with Nishimura, the minister in charge of Japan's virus response, to work together to prevent a second wave of infections in the nightlife districts, starting with Kabukicho which has seen new infections.

But Koike stopped short of saying whether businesses will be asked again to suspend their operations.

Tokyo just lifted last Thursday its warning about a possible increase in the number of coronavirus infections in the capital. Koike issued the warning she calls "Tokyo alert" on June 2.

The city is now moving closer to a full resumption of economic and social activities, with Koike having announced the transition to the third phase.

Nightclubs and similar entertainment establishments, which are not included in the third phase, will be permitted to reopen from Friday.

Following a downward trend in the number of new COVID-19 cases, the state of emergency declaration was fully lifted in Japan on May 25. But since then new cases have increased again in some areas.

Since June, the daily figure of new infections in Tokyo stayed in double figures.

The government on Saturday made public guidelines for nightlife establishments to contain the spread of the virus, such as that operators of such establishments will have to keep a record of their customers' names and contact information and ensure social distancing rules.