An application by an individual in China to register a trademark using the name of Japan's indigenous Ainu people has been criticized for being an attempt to profit off their culture.

Documents disclosed by the Japan Patent Office showed Wednesday that an application was lodged to trademark "AINU" for products such as smartphone cases or computer mice.

The filing was made in March by an individual in Shenzhen, southeastern China.

The application was pending as of Tuesday and the JPO only said it will make a decision based on trademark law. 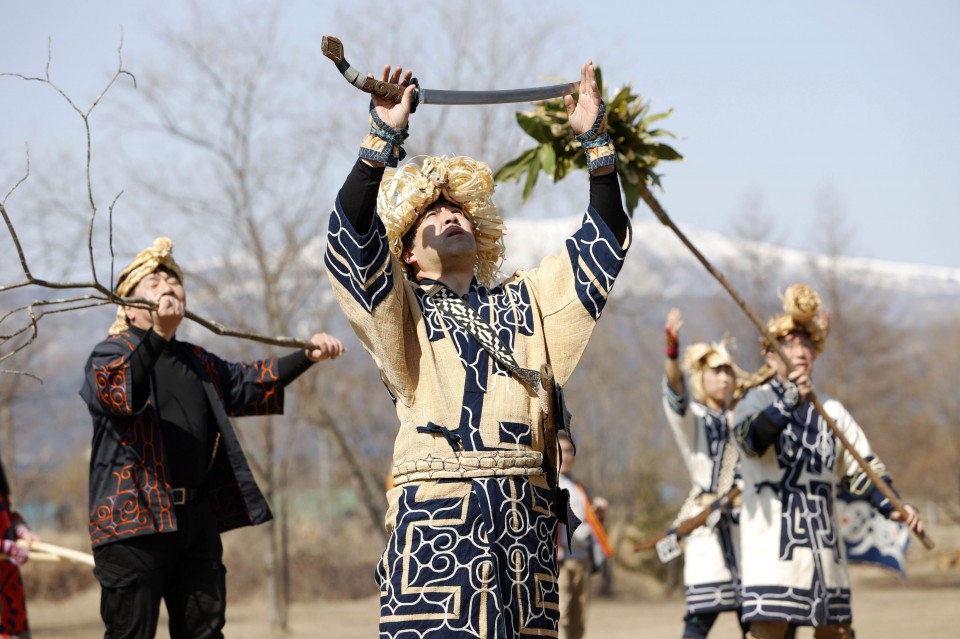 (A group of Ainu, an indigenous people in Japan's northernmost main island of Hokkaido, pray during a ritual to expel the plague god in Teshikaga on April 18, 2020, under a state of emergency over the coronavirus pandemic)

It is unclear whether the applicant was aware of the significance of the word Ainu when filing for the trademark and the person's agent in Japan who processed the paperwork only confirmed to Kyodo News that the request was made through a patent office in China.

"I don't know if (the applicant) had considered a specific ethnic group," the agent said, adding, "I think the patent office will reject it if it is considered offensive."

The application comes as the Japanese government plans to open the National Ainu Museum and Park in Hokkaido this year to promote a wider understanding of the ethnic minority that is indigenous to the nation's northernmost main island.

"We believe that it is an attempt to profit off our community. We want the government to object," said Hiroshi Hirono, who heads an association that advises those wishing to develop products using traditional Ainu design.

Japan last year enacted legislation aimed at protecting and promoting Ainu culture through the provision of financial assistance, stipulating for the first time that they are an indigenous people.