Members of the ethnic minority Ainu in northern Japan will appear in 35 junior high school textbooks covering six subjects after a revision of the education ministry's curriculum guideline and enforcement of a law stipulating the Ainu are an indigenous people in Hokkaido.

Among the textbooks approved by the ministry, all the textbooks of social studies, including geography, history and civics, covered topics related to the Ainu, except for a civics textbook by Jiyuusha.

The total number of pages describing the Ainu increased to 85, up 12 from the currently used textbooks. History and geography textbooks published by Kyoiku-Shuppan Co. carried pages featuring the Ainu, introducing topics such as Upopoy, the National Ainu Museum and Park, slated to open in Shiraoi, Hokkaido. 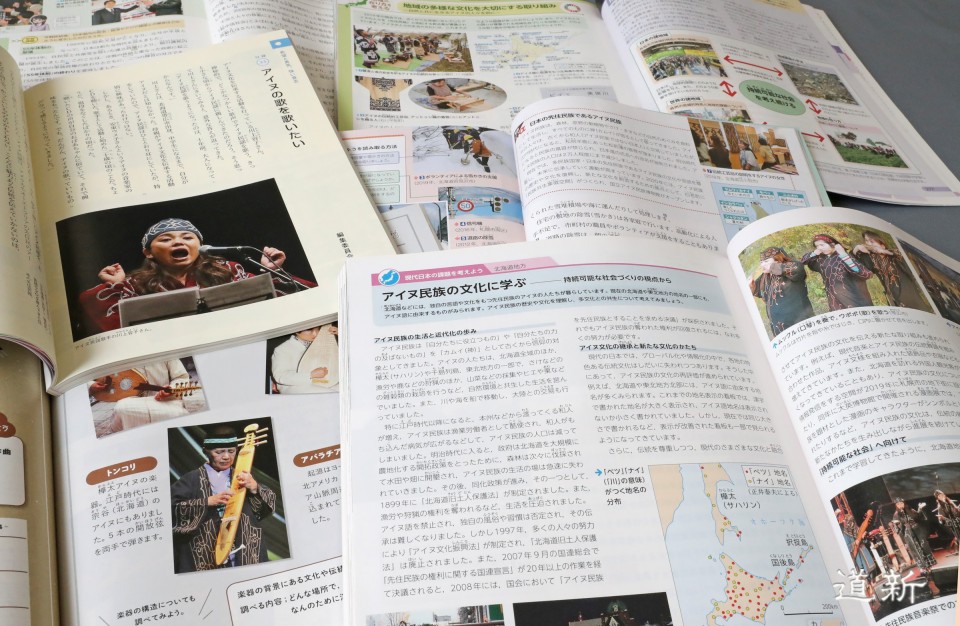 The previous curriculum guideline aimed at explaining the role Ainu played in foreign trade in history, but the current guideline added Ainu culture as a topic as well. A string instrument called tonkori was introduced in music textbooks and traditional Ainu designs were included in art textbooks.

For educational materials, eight textbooks of social studies and Japanese language covered Ainu Shinyoshu (Collection of Ainu chants of spiritual beings) and its Ainu author Yukie Chiri, explaining how she recorded stories passed down by the Ainu as she suffered discrimination.

"We hope (the students) will get to know the historical background of the Ainu people and the pain they went through by learning how Yukie lived," said Shigeya Kanezaki, director of Chiri Yukie Memorial Museum.

A second-grade textbook of ethics by Mitsumura Tosho Publishing Co. covered Ainu singer Yoko Kawakami, 42, and introduced her efforts to pass on Ainu folk songs. "I hope (the students) will feel the importance of respecting various cultures and living together."