Tokyo Gov. Yuriko Koike is leading comfortably in the Tokyo gubernatorial election to be held July 5 as her rivals struggle to gain wider support, a Kyodo News analysis showed Sunday.

Trailing the 67-year-old incumbent is Kenji Utsunomiya, 73, a lawyer backed by the Constitutional Democratic Party of Japan and two other opposition parties, and Taro Yamamoto, 45, a former actor and leader of the anti-establishment party Reiwa Shinsengumi. 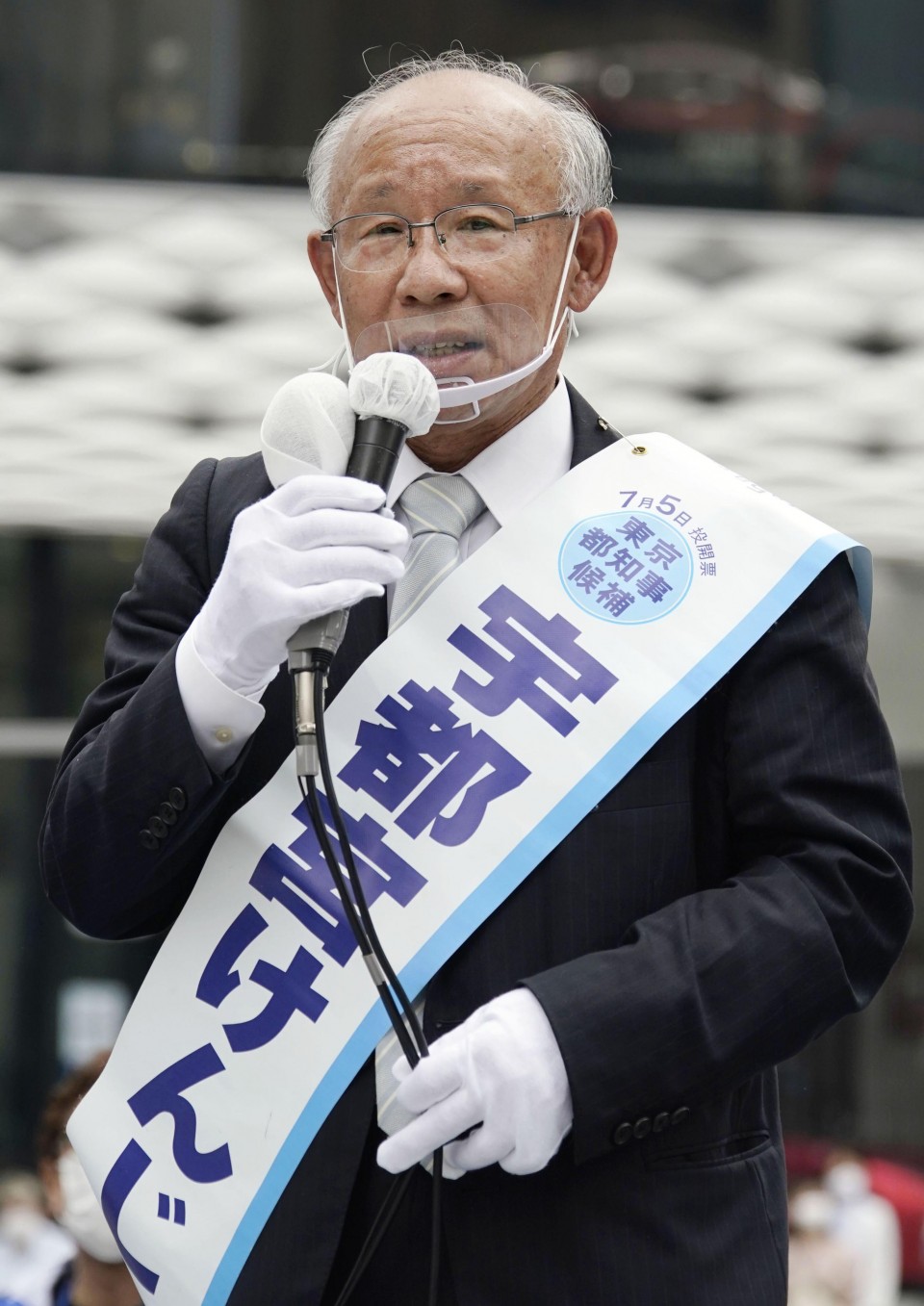 Kyodo made the analysis based on an opinion poll conducted on eligible voters in the capital from Friday through Sunday as well as its newsgathering activities.

Koike's appeal was far-reaching, with 60 percent of unaffiliated voters and even 60 percent of CDPJ supporters saying they plan to vote for her, according to the poll.

Thirty percent of respondents said they have yet to decide who to vote for, leaving open the possibility of a momentum shift later in the campaign.

Taisuke Ono, a 46-year-old former vice governor of Kumamoto Prefecture backed by the opposition Japan Innovation Party, sits in fourth, while the remainder of the record 22 candidates are having a hard time making an impact.

Drumming up excitement has proved a challenge amid concerns stump speeches and other traditional methods of campaigning could spread the novel coronavirus.

Asked what they placed the most importance on when choosing a candidate, 25.2 percent of respondents said "policy" followed by 21.3 percent with "leadership skills" and 14.6 percent with "coronavirus response." 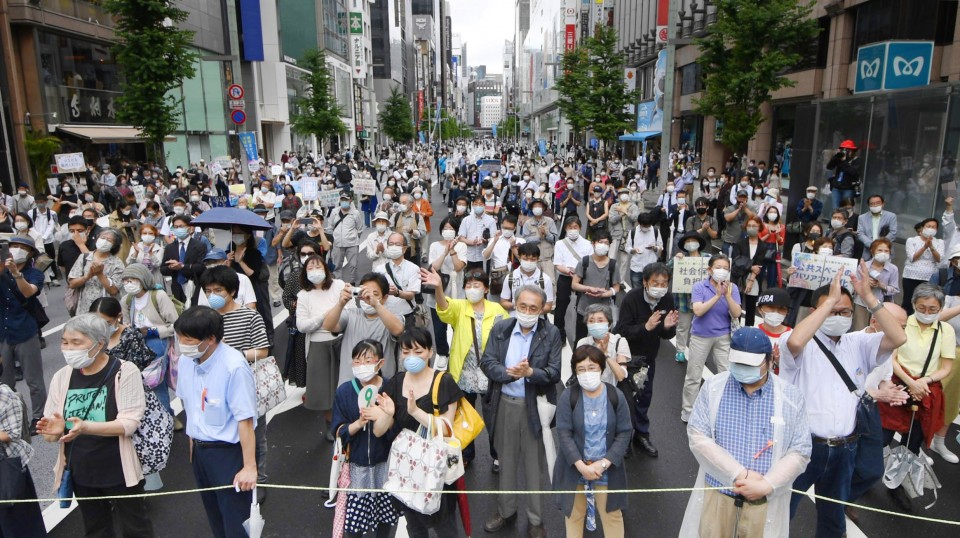 Koike, a former defense minister and environment minister, has been praised for being quick to ask Tokyo residents to stay at home in the early days of the pandemic and providing financial support to beleaguered businesses.

Regarding the Tokyo Olympics and Paralympics, which have been postponed to next year, 31.1 percent of respondents said that they should be simplified, including being held without spectators, while 27.7 percent called for the games to be canceled and 24.0 percent said they want them to be pushed back to 2022 or beyond.

For the opinion poll, Kyodo phoned 1,457 randomly chosen households with eligible voters, of which 1,030, or 70.7 percent, responded.