The delivery of face masks as part of Japanese Prime Minister Shinzo Abe's coronavirus-countering efforts began Saturday in the 34 prefectures that had not yet received them, despite the majority by now having no or relatively few cases of infection.

Some citizens in the areas, including Miyagi and Nara prefectures, criticized the government for acting too slowly given Abe has already lifted a state of emergency over the virus in 42 of the nation's 47 prefectures, and is expected to do so in the remaining prefectures such as Tokyo possibly on Monday.

The postal distribution followed deliveries to Tokyo, Osaka and 11 other prefectures with a larger number of infections earlier this month, though the masks -- dubbed "Abenomasks" on social media, a pun on Abe's much-touted "Abenomics" economic policy mix -- have yet to arrive at some households in Tokyo. 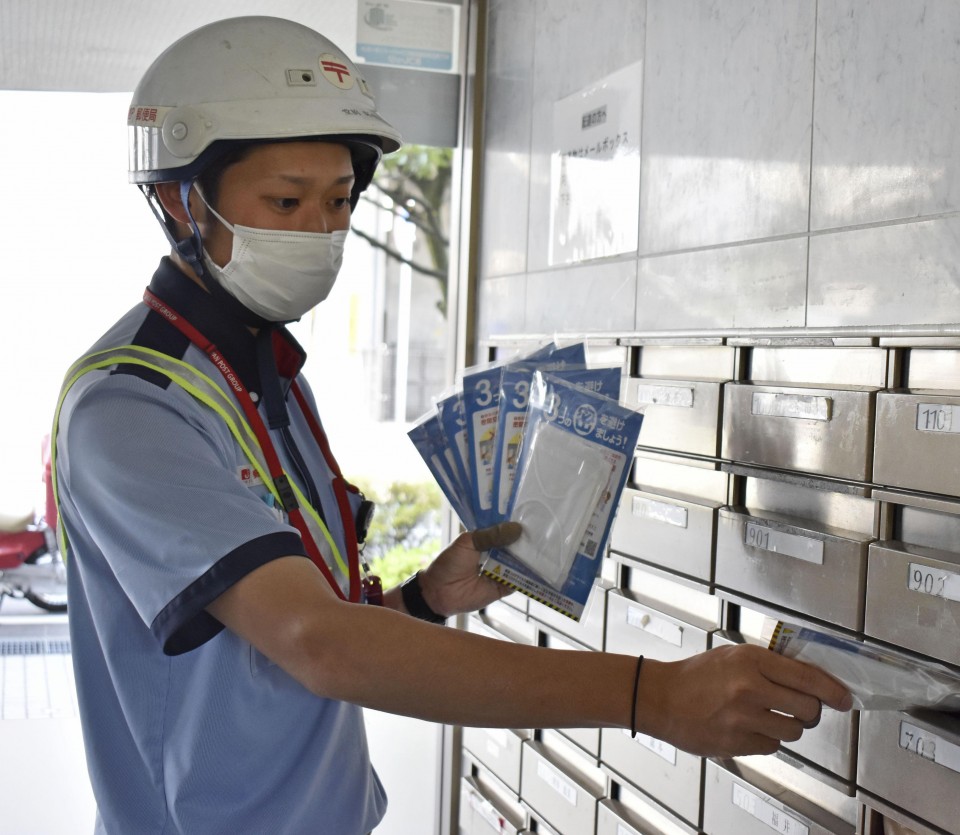 In Sendai, the capital of the northeastern prefecture of Miyagi, local worker Toru Takahashi said he will not use the government-provided face covering because recent shortages have eased, meaning masks are now widely available.

"How much time and taxpayer money has the government spent to just send two masks (per household)?" Takahashi, 59, asked.

Critics have questioned the effectiveness of the 46.6 billion yen ($440 million) scheme, while people have complained that the masks are too small. Others have pointed out that delivering two to each household is not particularly helpful for large families.

"Abenomasks" only received by Tokyo residents despite virus emergency

Not everybody was unhappy with the news masks will begin arriving to homes in the 34 prefectures.

"It is quite rare to receive masks from the government. I'm happy to hear that the masks will finally arrive," said Ayumi Sato, 18, a university student in Kumamoto, southwestern Japan.

Government officials have said the distribution of cloth masks is aimed at curbing demand for disposable ones that were in short supply in the early stages of the pandemic.

Despite the state of emergency having been lifted in the vast majority of the country, infectious disease experts have been calling on the public to remain alert for a second wave of infections.