Prime Minister Shinzo Abe on Thursday lifted the state of emergency in the western Japanese prefectures of Osaka, Kyoto and Hyogo, as the spread of the novel coronavirus has slowed enough to justify the gradual easing of curbs on economic activity.

The Tokyo metropolitan area and Hokkaido in northern Japan will remain under the state of emergency but Abe said they may see it lifted as early as Monday after a review by health experts.

The coronavirus emergency has ended in 42 of the country's 47 prefectures. In rejuvenating a recession-hit economy, the remaining five prefectures -- Tokyo, Chiba, Kanagawa, Saitama and Hokkaido -- play an integral part as they make up about a third of national gross domestic product. 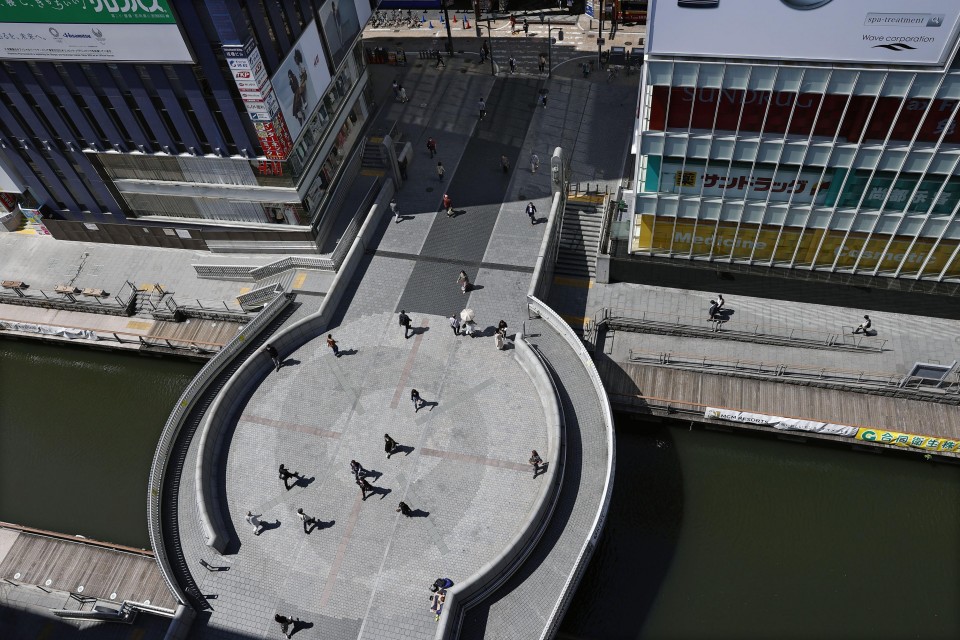 (Much fewer people than usual walk in Osaka's Dotombori downtown area on May 20, 2020, as the western Japan prefecture remains under a state of emergency over the outbreak of the new coronavirus)

Over 3 mil. jobs could be lost in Japan due to coronavirus

"In the areas where the emergency has been lifted, social and economic activities can increase in stages," Abe said at a meeting of a government task force on the coronavirus response.

"The challenge of creating a new normal is beginning across the country," he added.

An advisory panel gave the go-ahead to the government move after weighing certain criteria -- the number of newly reported cases over one week, the availability of medical care and the capacity to provide virus tests and monitor the spread of the virus.

In the Tokyo area and Hokkaido, the number of infections has been falling and the situation faced by hospitals has been improving, Abe said. Still, the premier asked people in the areas to avoid nonessential outings and travel across prefectural borders to contain the virus.

Abe faces the task of sustaining the downward trend in new cases while allowing more social and economic activities to resume.

The government is compiling a second extra budget for the current fiscal year to boost support for struggling households and businesses.

The governors of Osaka, Kyoto and Hyogo decided to end most of their business suspension requests, while asking people to continue to stay away from nightclubs and live music venues to prevent group infections.

"I don't have to tell you not to go out. Instead, I want you to be careful about how you go out," Osaka Gov. Hirofumi Yoshimura told reporters, urging people to take precautionary steps such as wearing face masks and avoid the "3Cs" -- confined and crowded spaces and close human contact.

The Japanese government and experts use one criteria -- whether new infections have fallen below 0.5 per 100,000 people in the past week -- in determining whether to ease the emergency. In Tokyo with a population of about 14 million, that means the number of people infected with the virus would have to be fewer than 70 in one week.

Tokyo, Kanagawa and Hokkaido have yet to clear that threshold, although Chiba and Saitama are already below the level.

Japan has so far prevented an explosive surge in infections and reduced the number of newly reported cases in recent weeks as a result of stay-at-home and business suspension requests made under the state of emergency. 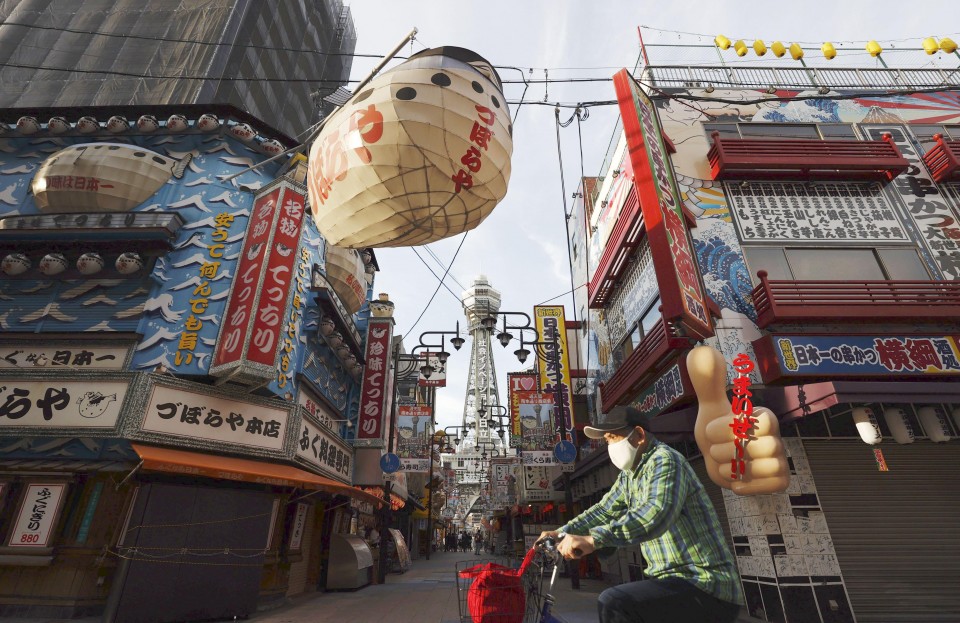 (Osaka's Shinsekai commercial district is deserted on May 21, 2020, as a coronavirus state of emergency is set to be lifted in the western Japan city later in the day.)

Compliance with the measures has been voluntary as the country has not employed the hard lockdown steps seen in Europe and the United States.

Over 17,100 coronavirus cases have been reported in Japan and Tokyo is the worst-hit among the 47 prefectures with over 5,100. The tally includes about 700 from the Diamond Princess cruise ship that was quarantined in Yokohama in February.

In April, a monthlong state of emergency was first imposed in limited areas including Tokyo and Osaka and expanded nationwide. Abe then extended it until May 31, but the measure was removed in 39 prefectures last week after the spread of the virus was kept in check.

The government divided the remaining eight prefectures into groups based on geographical proximity and economic linkages in lifting the state of emergency, as sought by local governors.

One group consists of Osaka, Kyoto and Hyogo in the Kansai region, while the other includes Tokyo, Chiba, Kanagawa and Saitama. Hokkaido does not belong to either group but has been hit by a fresh wave of infections.

Despite Thursday's partial lifting, health experts say it is too early to lower the guard against COVID-19, the respiratory disease caused by the virus, and infections could surge anytime.

If the risk of an explosive surge in cases becomes evident in a certain prefecture, the government may place it under a state of emergency again, said economic revitalization minister Yasutoshi Nishimura, who is in charge of the emergency response.

Since the end of the Golden Week holidays in early May -- a period during which the government sought to prevent travel beyond prefectural borders -- crowds have returned in urban areas, raising concern about a rise in infections in the days ahead.

The state of emergency is designed to prevent the collapse of health care systems due to the overcrowding of hospitals and lack of medical supplies.

Prefectural governors can expropriate private land and buildings for emergency medical use. They can also requisition medical supplies and food from companies that refuse to sell them and punish those that hoard or do not comply.