The Japan High School Baseball Federation decided Wednesday to cancel this summer's national tournament due to the new coronavirus pandemic, meaning the nation's iconic amateur sporting event will not be held for the first time since World War II. 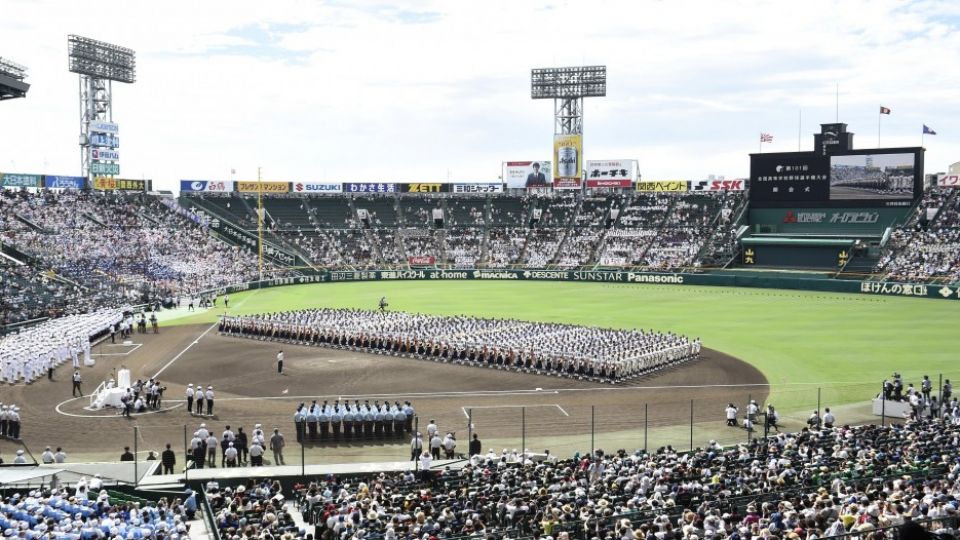 The tournament is more than a competition. For many in Japan, it is a symbol of how a nation sees baseball and a stage where schoolboys can become national heroes.

"For high school ballplayers, to see that their 'field of dreams,' won't be staged is so regrettable," said former major leaguer Kazuo Matsui, now the farm manager for the Seibu Lions of Japanese pro baseball's Pacific League.

"I'm cheering all of those guys on, and I'd be really happy to play ball with them in the future."

Organizers decided to cancel the tournament during an online steering committee meeting, and the move was made official at a board meeting later Wednesday.

The federation said a major reason for the decision was the risk of infection spreading by putting young athletes in close proximity to each other as they travel long distances from all over the country and board together as a group for more than two weeks.

This year's spring invitational tournament at Koshien, scheduled for March, was canceled for the first time due to fears about the spread of the coronavirus. While the summer championship has been canceled twice in the past and not held for four years during the war, the two tournaments have never both been canceled in the same year.

The national federation had been eyeing holding the event behind closed doors to reduce the risk of infection, but as many schools are either closed or holding classes online with club activities suspended, it became a challenge for them to compete in the regional championships, whose winners qualify for the finals at Koshien.

For those reasons, stakeholders decided to cancel the regional tournaments as well.

The regionals for the 102nd edition of the summer championship were scheduled to start in Okinawa Prefecture on June 20 but were later pushed to July before being canceled.

"A total of 3,800 schools were to take part from early June to early August at roughly 250 ballparks around the country, so it is extremely difficult to eliminate the risk of infection," tournament chairman Masataka Watanabe said. "There's a risk of injury to players who have lacked practice."

"Also, the umpires and tournament staff are volunteers doing important work holding up our social infrastructure in this time when there is no clear end in sight to this coronavirus situation. It's also hard to ask medical staff to come to ballparks at a time like this," he said.

The finals feature 49 schools, while 32 schools take part in the spring invitational.

Katsuhiro Miyamoto, a Kansai University economist, studied the economic impact the coronavirus pandemic is having on sports and said Tuesday that the absence of high school baseball this year will result in an estimated 67 billion yen ($620 million) hit to the Japanese economy.