Japan launched a rocket Thursday carrying a Kounotori unmanned cargo vessel, developed by the country's space agency, on its final mission to transport supplies to the International Space Station.

Fifteen minutes later, the Kounotori was detached from the rocket and put into a planned orbit. The cargo vessel, which can hold up to 6 tons of supplies, has been launched successfully in all nine of its missions dating back to 2009. 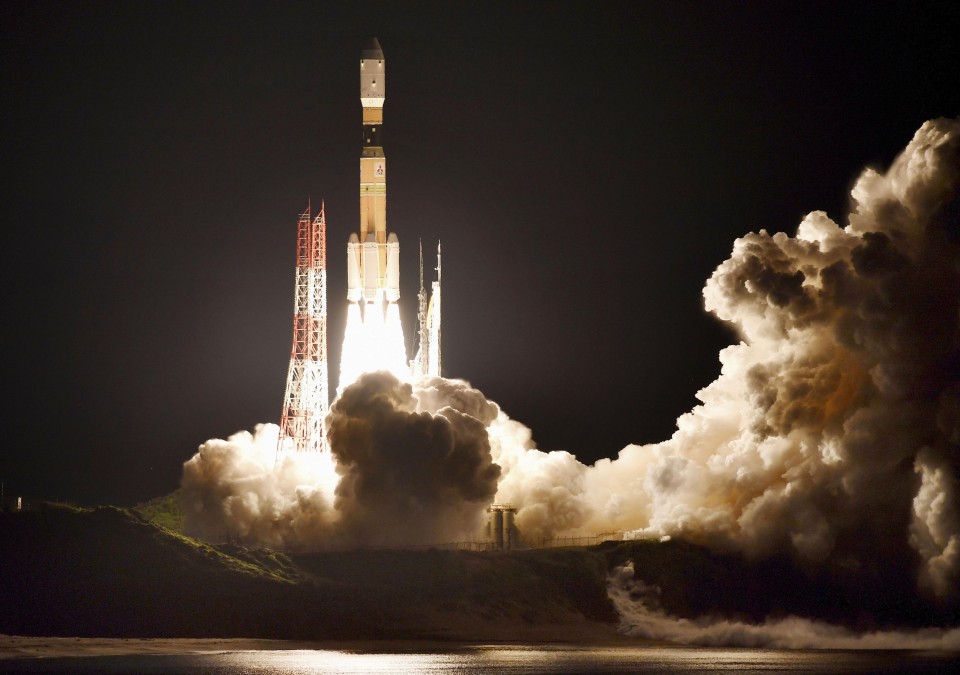 The launch was the last for both the Kounotori, which means "stork" in Japanese, and the H2B rocket, developed by Mitsubishi Heavy Industries Ltd.

"We would like to proceed with each and every task, and round off its final mission with a triumph," Keiji Suzuki, a member of the heavy machinery maker's space program, said during a virtual press conference on Tuesday.

The cylindrical cargo transporter carrying food, equipment for experiments and other provisions is scheduled to dock at the space station on May 25, according to JAXA.

The space agency and Mitsubishi Heavy took extra precautions so as not to bring the new coronavirus to the Japanese island where the launch took place. Tanegashima, which has not yet reported any infections, has a population consisting largely of elderly people and only limited medical facilities are available.

The on-site staff presence for the launch was reduced by 20 percent by allowing some to work from home. According to Suzuki, staff movements were strictly restricted and food was brought in beforehand, while reporters were not granted access to the facility.

Ahead of liftoff, the rocket was lit up blue for about 15 minutes as an expression of gratitude for first responders such as medical staff who have been on the front lines in the battle against the virus. 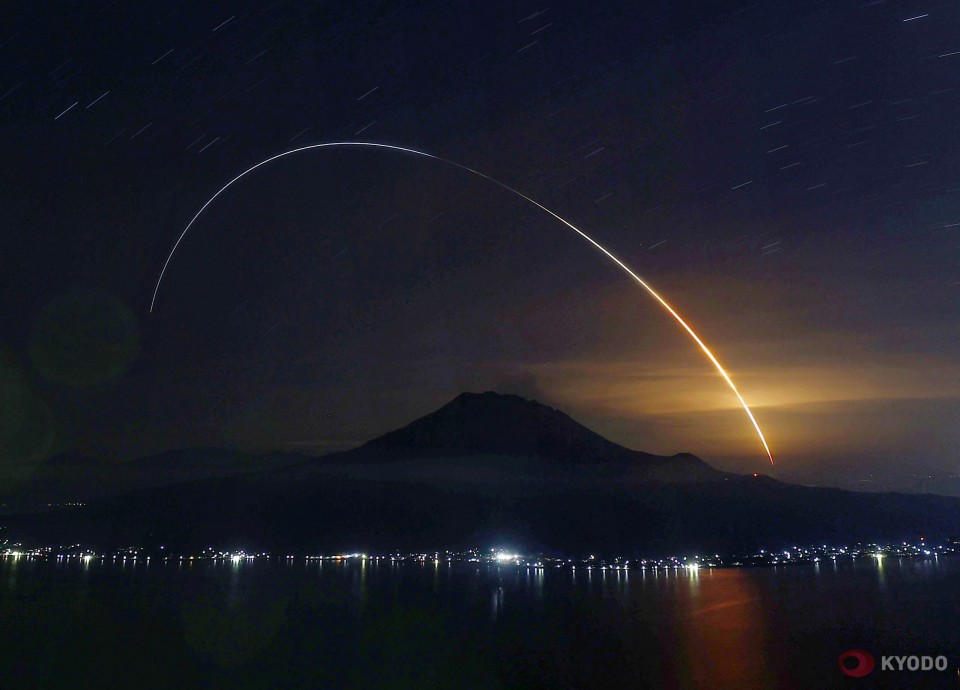 (A light trail left by an H2B rocket glows over Mt. Sakurajima in Kagoshima Prefecture, southwestern Japan, in this long exposure photo taken in the early hours of May 21, 2020, from the city of Kagoshima.)

Rocket launches from Tanegashima Space Center usually draw many spectators, but the agency shut down observation sites on the island amid the coronavirus outbreak.

Since the U.S. Space Shuttle was retired in 2011, the Konotori has been the sole cargo vessel capable of carrying large equipment to the ISS.

The Kounotori 9 will capture images of the ISS in its orbit about 400 kilometers above Earth to test communications technology designed to determine the vessel's location and status. The data collected will be used by the vessel's successor, the HTV-X.

After docking with the ISS for a number of weeks, the Konotori 9 is scheduled to leave the space station with unnecessary items and burn up by reentering the atmosphere.